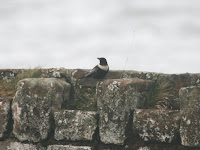 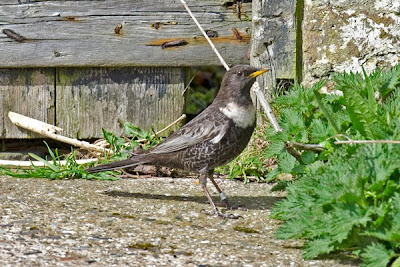 The first real fall of the spring, and most welcome it was too! A south 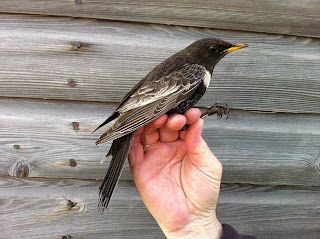 easterly in the darkness hours with heavy showers in the second half of the night dropped in many phylloscopus warblers and a few other goodies. Bird of the day was a Ring Ouzel (above and right) seen flying about the south end early on and then settling down in the area of the rangers garden before being trapped in the SK heligoland at midday. The Ring Ouzel seemed to be a reward for a lot of hard work catching smaller migrants all morning. It was estimated that there were at least 25 Chiffchaff and 10 Willow Warblers on the island with at least 12 Wheatears and 4 Blackcaps. The Wheatears were staying away from the breezy west side of the island and 2 were caught later in the afternoon in the potter traps set in the top paddock. Goldfinches were again the only visiting finches. The first Tree Pipit of the year called overhead early in the morning, a Redwing stayed briefly and a Merlin flew north up the west s 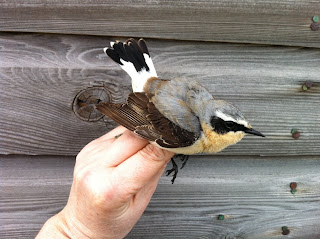 Swallows. Some of the 4 Pied wagtails may be possible breeding birds but there was also a White Wagtail seen today. On the sea