Things looked promising early on with 2 Reed Buntings (below) and a flyover Golden Plover at Middle Eye and a male Blackcap down on the main island with a few Willow Warblers. 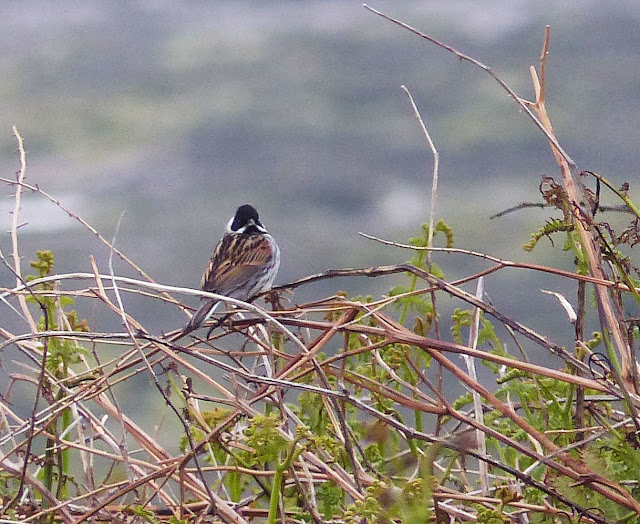 The pace increased as more Willow Warblers arrived (34 in total during the morning, an unexpectedly large number this late in the spring) and several larger goodies including a female Redstart, 3 Whitethroats, 4 Wheatears and a Spotted Flycatcher, the first ringed at Hilbre this year. 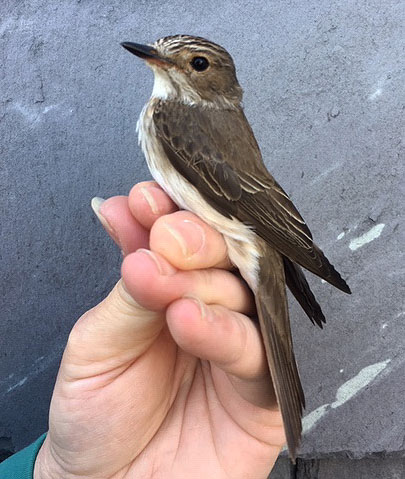 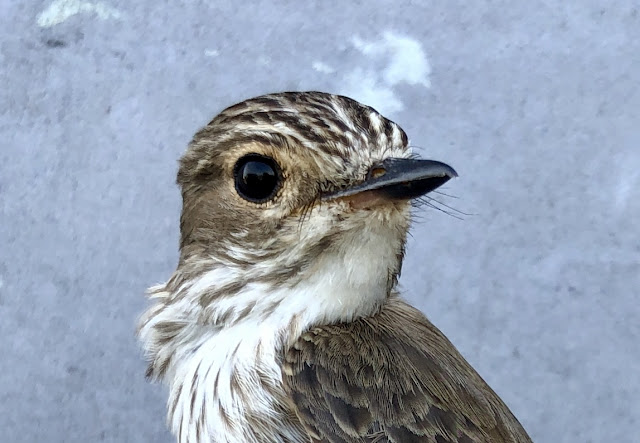 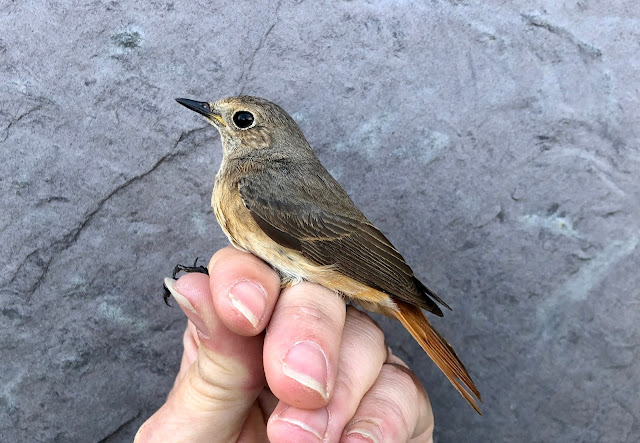 A Garden Warbler sang in the paddock but frustrated observers and ringers alike by being particularly elusive. It was thought the heavy thundery weather about today could have accounted for the arrival of these good migrants on the ground. A Whinchat was on Middle (first identified from the obs !), also a Common Sandpiper and later a Sedge Warbler.

A couple of flava wagtails called overhead and together with 2 White Wagtails, Skylarks and Goldfinches were the sole 'visible' migration. Hirundines on passage included 10 Swallows, 25 House Martin and 4 Sand Martin but no Swifts showed despite the typically showery weather when they usually appear. 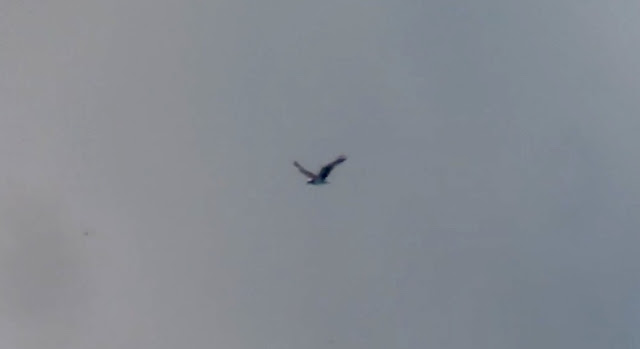 About 1pm a disturbance was noticed from the birds on the west hoyle bank and a quick scan of the area found an Osprey circling over the bank. It was watched for about 15 minutes or so until it drifted south and then east towards Wirral, unfortunately thus avoiding a close approach to the islands for photos, but an appearance of an Osprey at any distance is always very welcome.

Photos CJ, AS and SRW