There were a few more waders today with a party of 25 Sanderling flying west passed the North End, 22 Turnstone between the islands in full summer plumage, 93 Dunlin and 85 Ringed Plover – some of which were in Niffy bay as the tide dropped. 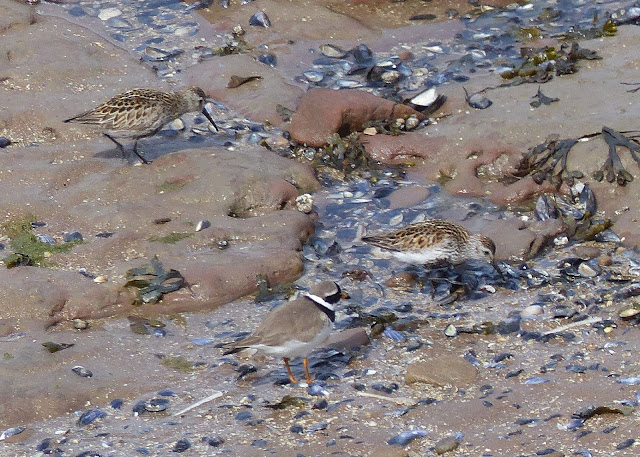 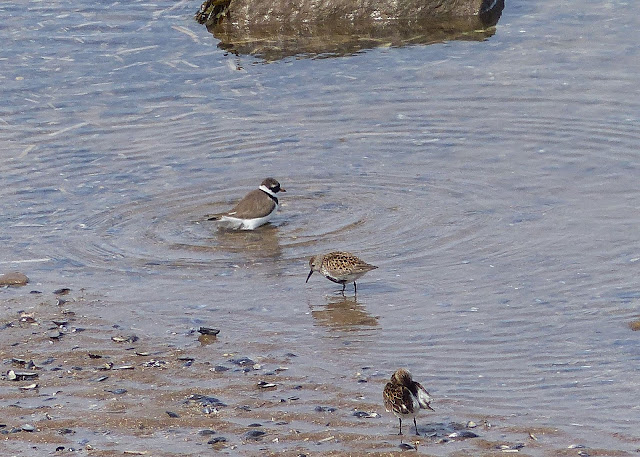 Six Little Egret and a Heron were around Middle and in the Gutter, the Eider and 4 Mallard  were noted, the 24 Shelduck recorded included a group of 11 flying east and a pair that are still around the island. 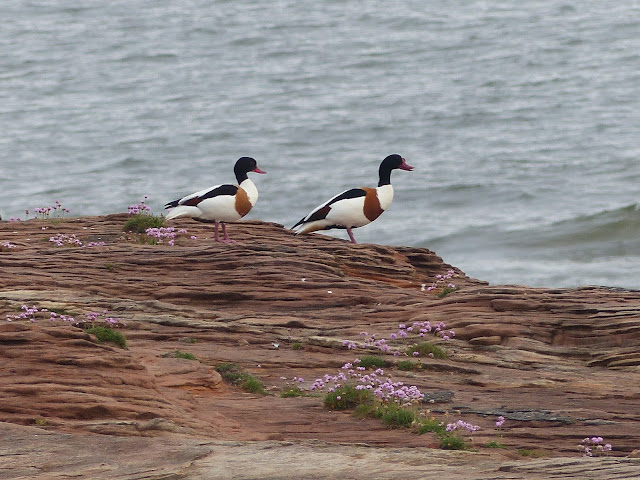 Two House Martin flew over the sand between the Marine Lake and Little Eye, a Greenland Wheatear and a Yellow Wagtail were the only visitors to the island but a juvenile Dunnock was noted.
Terns have been sadly lacking over the last couple of days and only a single Common Tern was logged.
photos AS
Posted by Colin Jones at 22:32