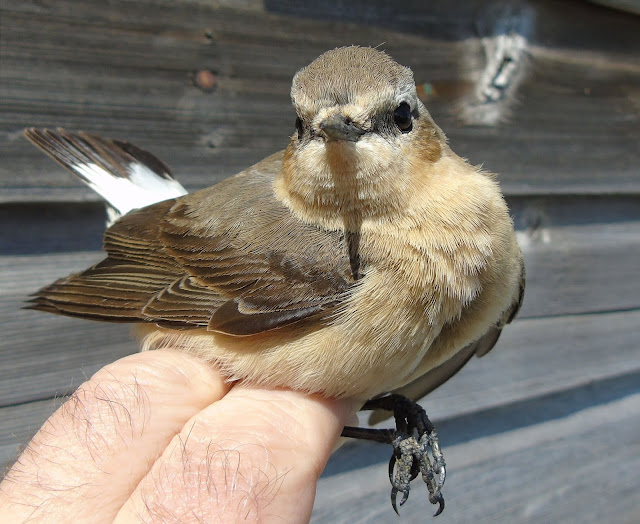 The promise in the southerly breeze did not last long when only a single female Greenland Wheatear was found first thing and by 07.00hrs the cold wind started to go around to the north west and increase slightly. 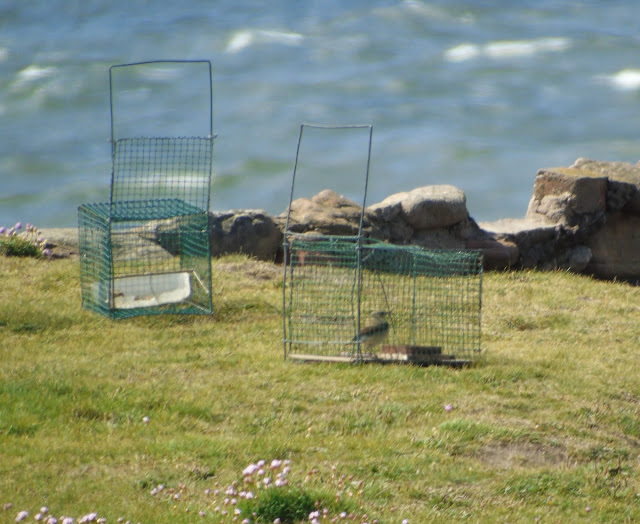 A single dedicated member spent the day monitoring the potter traps and finally catching the Wheatear for ringing in the afternoon. The Wheatear made several visits to the traps before they worked as planned, meanwhile the bird protected its food supply by seeing off all comers that tried to muscle in on it's food source. Otherwise there was a marked lack of visible migration for this time in spring, not even hirundines nor the now regular visits of Goldfinches etc. If the Eiders are still about, as we suspect they are, they were not showing this morning although the female Mallard was accompanied by 6 males. Three Whimbrels were calling and over 100 Dunlin seen. The sea was likewise quiet, the best being 50 Sandwich Terns.
Two Orange Tip butterflies were encouraged out by the sun
Ringed: 1 Greenland Wheatear                [ 470-27 ]
photos JE