Weather: SE force 2 veering N 1 by midday, sunny and warm.
The only warbler this morning was a Whitethroat which was ringed. It seemed like a leap today from spring to early summer, it had that feel about it.
Passage consisted of 2 Yellow Wagtails, 4 House Martins, a Sand Martin and a itinerant Collared Dove that stayed some time and was always followed around the island by a retinue of Meadow Pipits (did they think it was a Cuckoo or raptor)?
The only terns were 16 Sandwich distantly off to the west, a male Common Scoter stayed close, as did the female Eider (the only one seen this morning). Waders fared slightly better, 10 Whimbrel were present, also 6 Ringed Plover, a summer plumage Grey Plover, and 120 Dunlin. 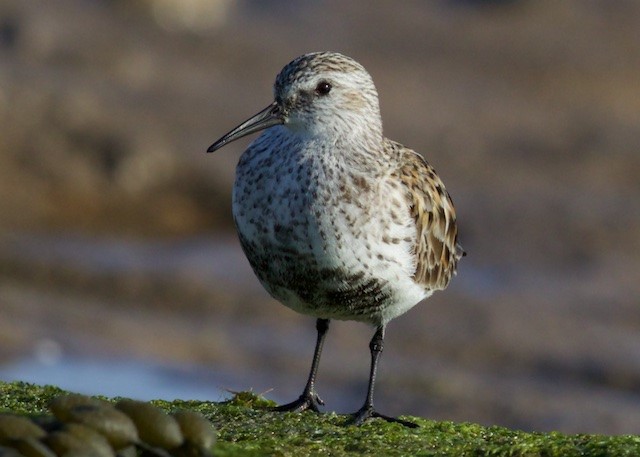 Five Little Egrets, 6 Shelduck and 3 Mallard were around and about. A Peacock butterfly took advantage of the sunshine. Grey Seals are often close to the island and giving great views, as today. 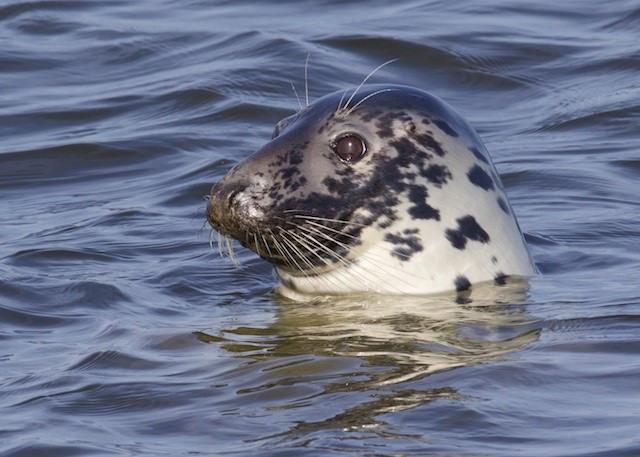