Weather: ESE force 2, later 3
A very quiet morning with migration at a minimum. A single Wheatear was found early on Lion rock off the east side but no others followed. 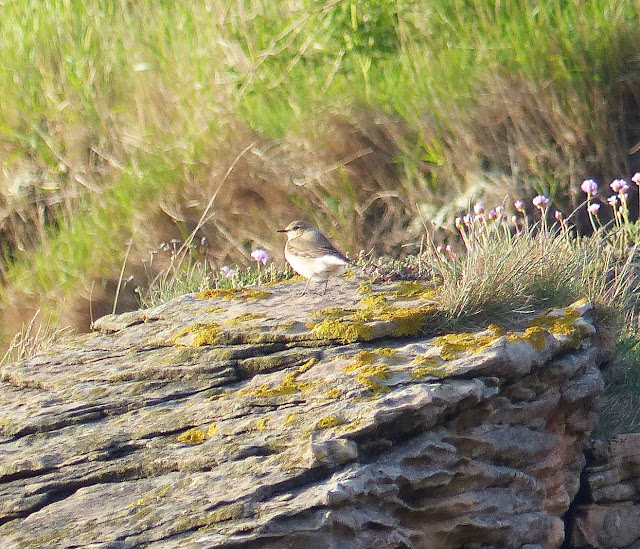 Hours of looking and listening overhead only produced a couple of Siskins, and for the first time for many months the appearance sheet saw no additional 'write-ons', even the ever reliable Eiders were not showing today. Later in the morning a Whitethroat miraculously materialised in the 'heli' trap and became the only bird ringed today. 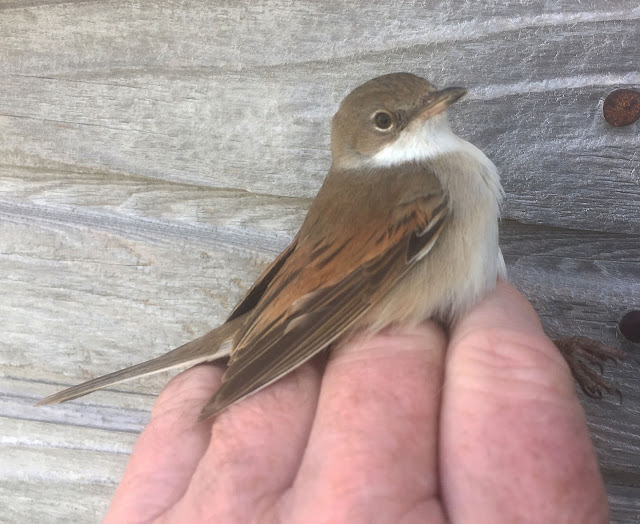 Ten Turnstones roosted out the tide, some in fine summer plumage, 3 Whimbrel and 13 Curlew were logged with 56 Dunlin and a single Ringed Plover. 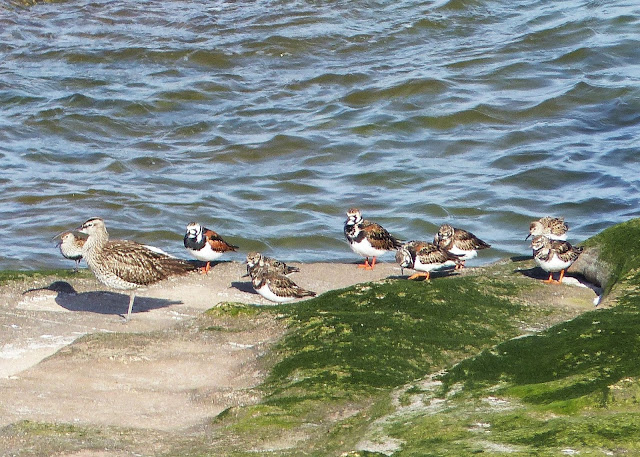