Weather: ESE fortce 2, sunny and warm
A Tree Pipit was caught first thing (below with Meadow Pipit for comparison) but it was hard work to find migrants, not huge numbers but many different species. 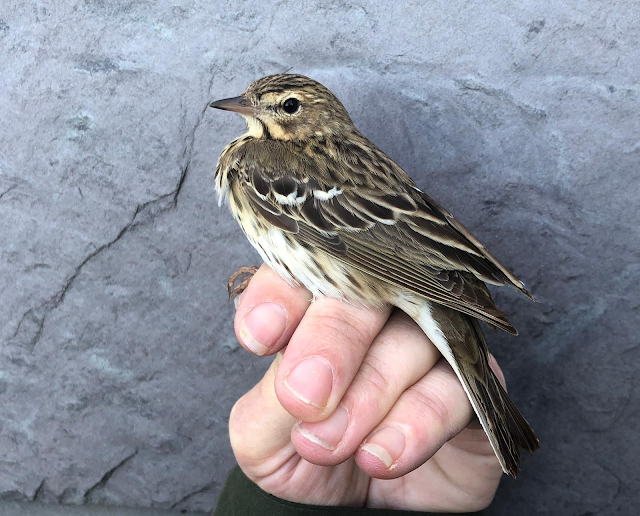 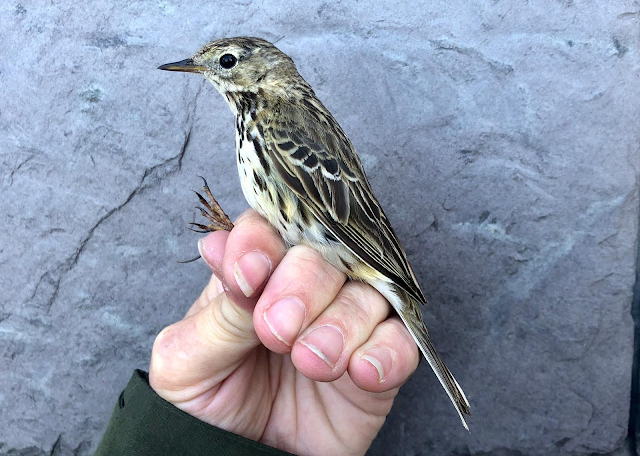 A Sedge Warbler from yesterday was re-found and had put on weight, no doubt benefiting from the flies around today in the lovely weather. A raptor was seen flying over West Kirby, it was identified as a Marsh Harrier, the first for the island this year. It turned west across between Middle and Little Eye before continuing towards Wales. A couple of Siskins turned up late morning, one, a first year male being caught for ringing. 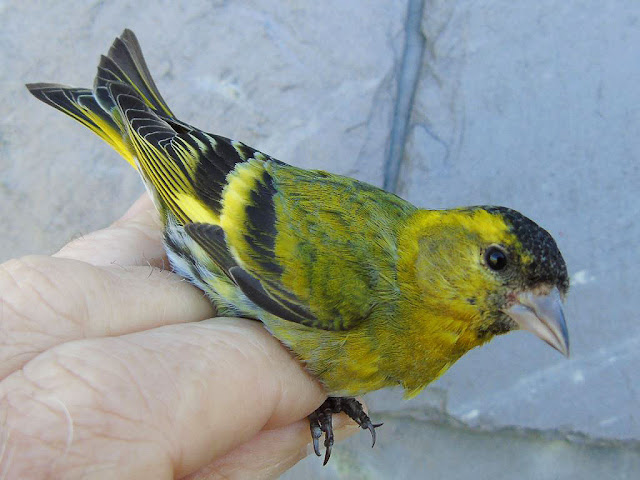 A Lesser Whitethroat arrived later with a Willow Warbler 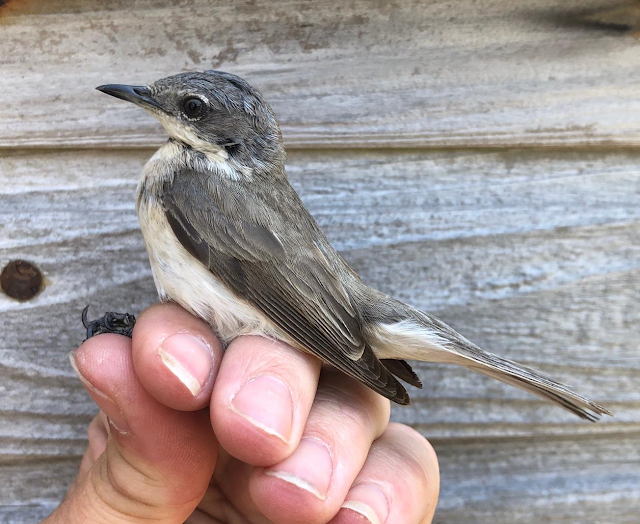 Two immature Eiders were on the sea today. 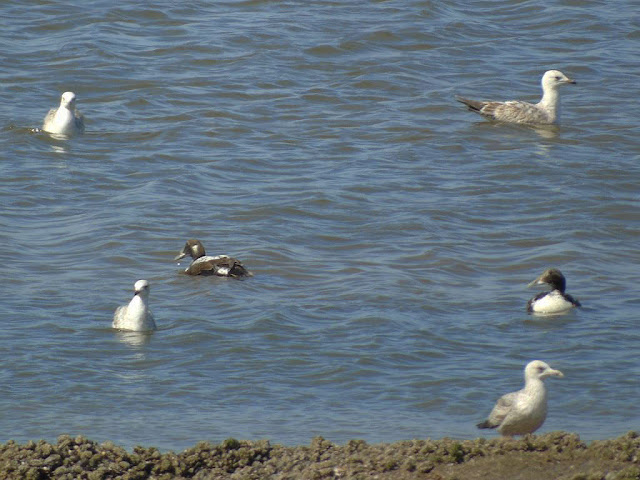 and a young field vole showed in the open 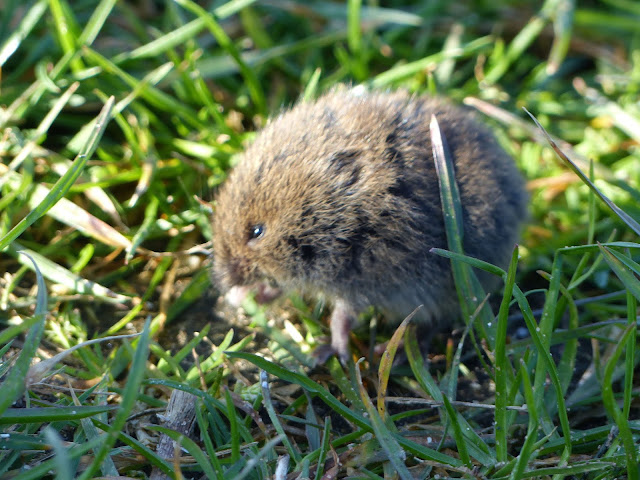 Two Gadwall flew over, then a Yellow Wagtail and a Whinchat appeared. 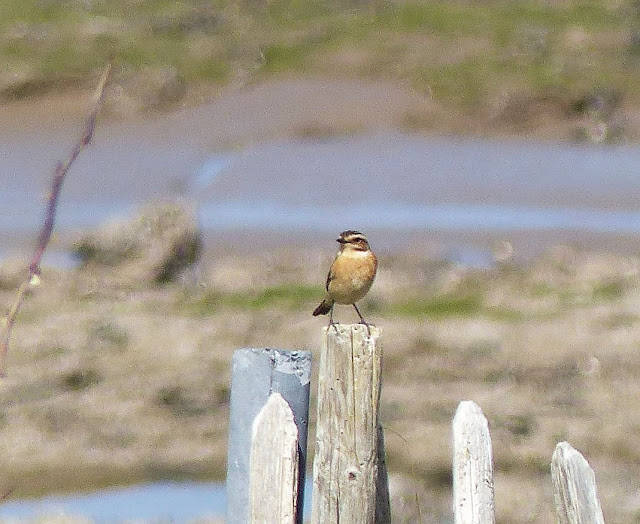 Fourteen Swifts flew by, only the second record this year, a few non-breeding Swallows came through but only 2 House Martins were recorded. Five Manx Shearwaters flew passed the north end and 3 Razorbills were also seen from there. Six Grey Plover were amongst the waders, including one in summer plumage. 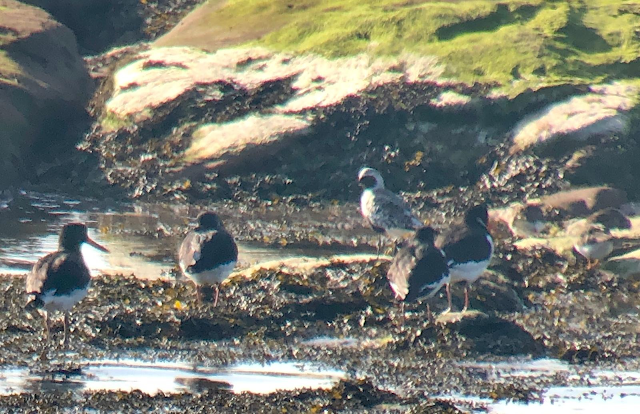 A few Shelduck were standing on the east side wall, something they have failed to do very often recently, possibly because of the fox. 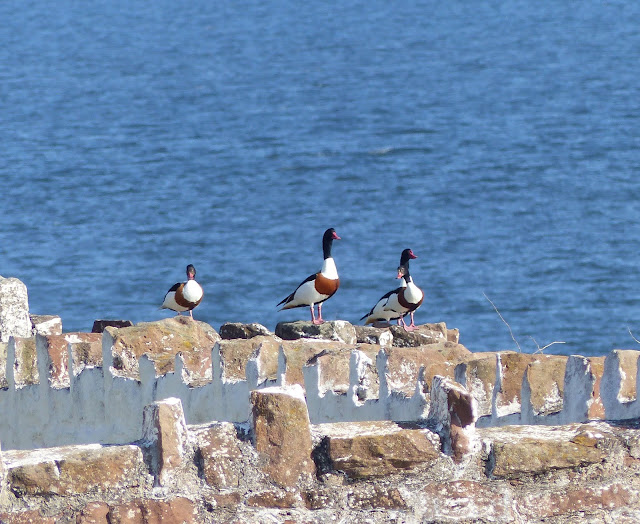