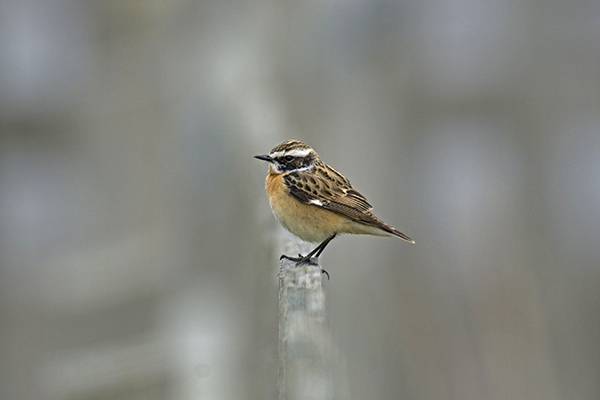 The day started with promise hardly any south east wind and drizzle.  However, only two or three Willow Warblers has been grounded first thing. 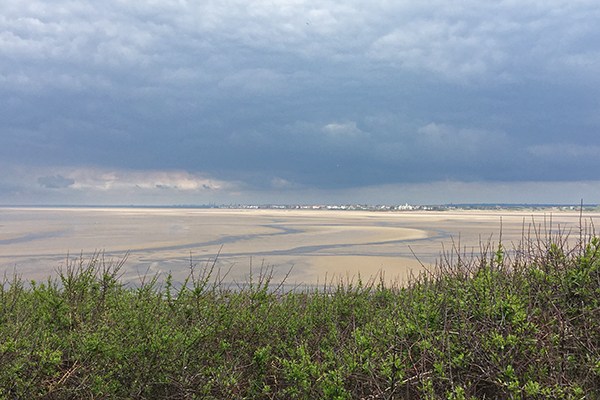 As the morning wore on it became apparent that there was a significant hirundine passage between showers and numbers increased as the day wore on no doubt helped by the low dark clouds.  Totals for the day included over 400 Swallows, 60 Sand Martins and 40 House Martins (by far the biggest counts for each species of the spring).

A couple of flava Wagtails passed overhead and 3White Wagtails dropped in briefly. 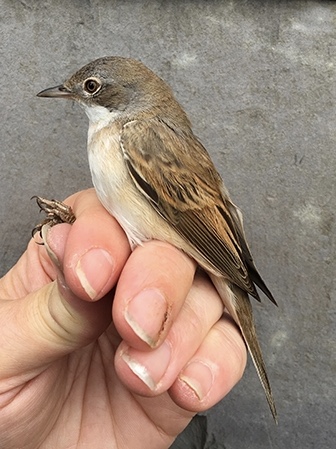 Mid morning a couple of Whitethroat appeared and were caught and ringed; a male and a female. 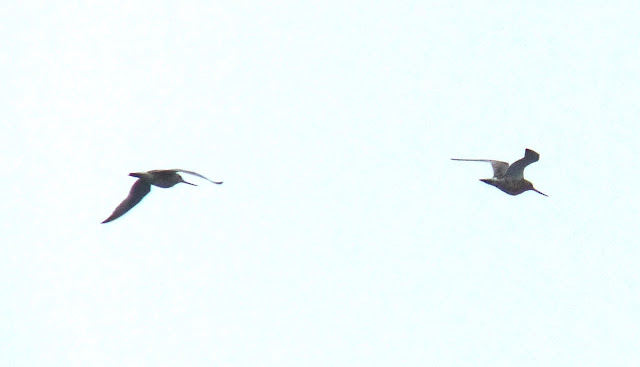 Meanwhile, passage waders were evident with 2 Bar-tailed Godwit flying over the seawatchers by the Lookout , 25 Whimbrel were counted during the day and a Common Sandpiper was present firstly by the light on top of the island and then down at the North End below ‘Shorelark Shelf’. 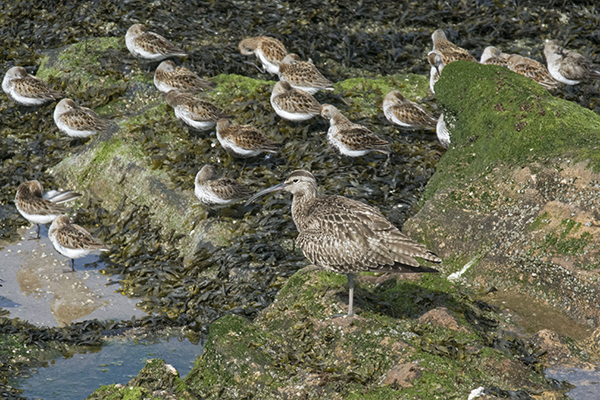 Seawatching was also very productive with 68 Red-throated Divers noted on the flat calm sea - including several flocks of double figures.  Four Manx Shearwaters were also noted along with moderate numbers of Common and Sandwich Terns and at least five Harbour Porpoise.

Later in the day a Whinchat appeared (only our second of the spring) a lovely male that spent some time on the fences and walls around the upper paddock before being caught in the Newton trap (the first of the year). 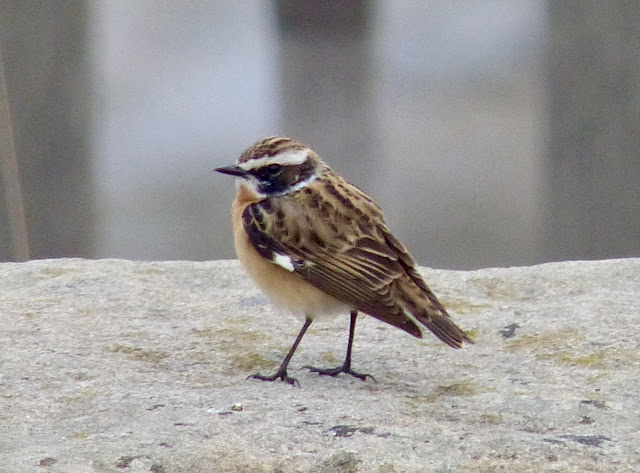 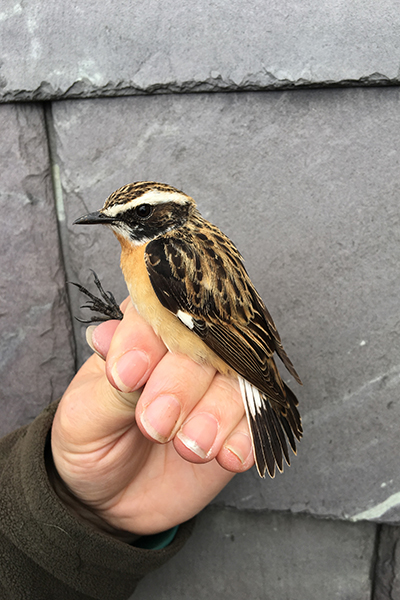 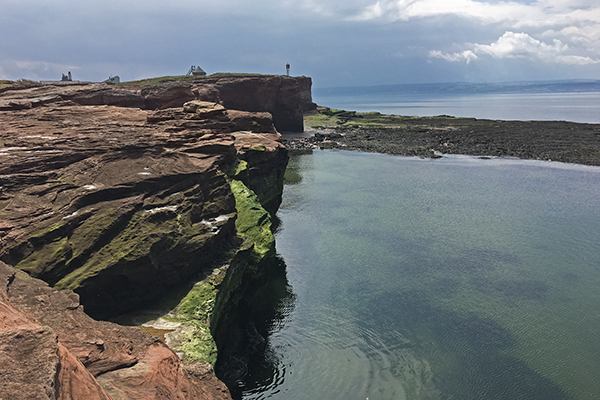 A Blackcap was also caught and ringed - adding to the impressive numbers caught in April. 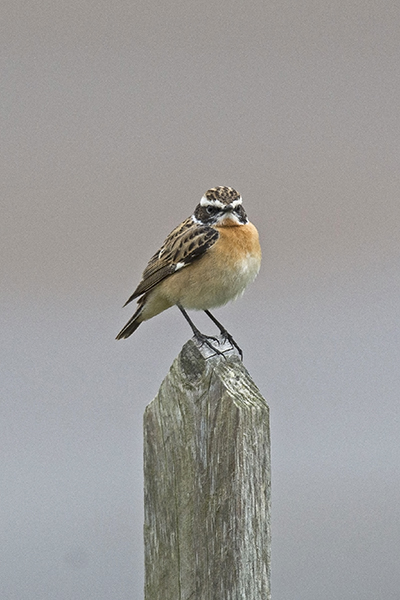 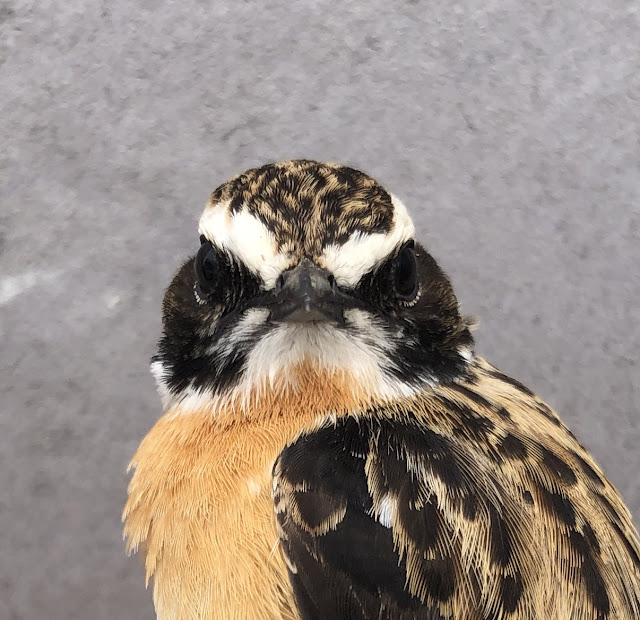