Weather: N, force 0/1    some mist
A much quieter day, after 34 Willow Warblers yesterday, none today showing what a suble change in the weather can do. A Sedge Warbler was the only bird ringed, 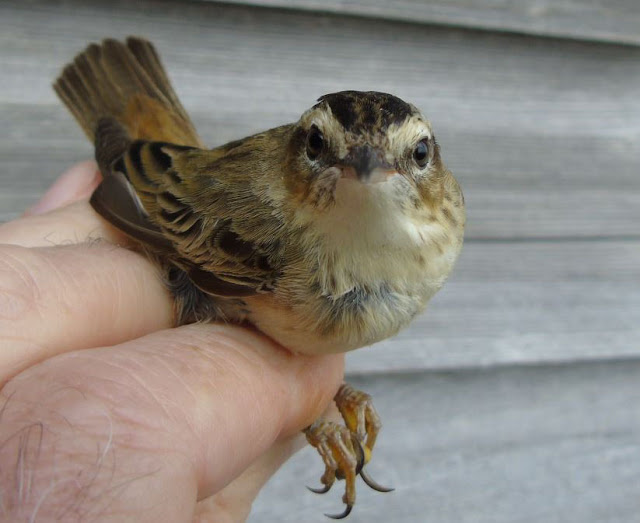 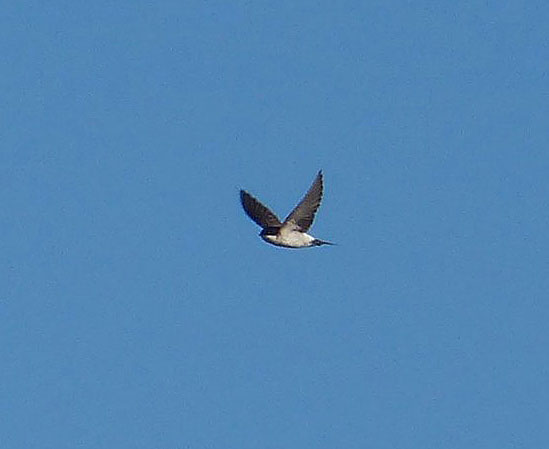 Five Little Egrets were noted and at least 5 Eiders were present, 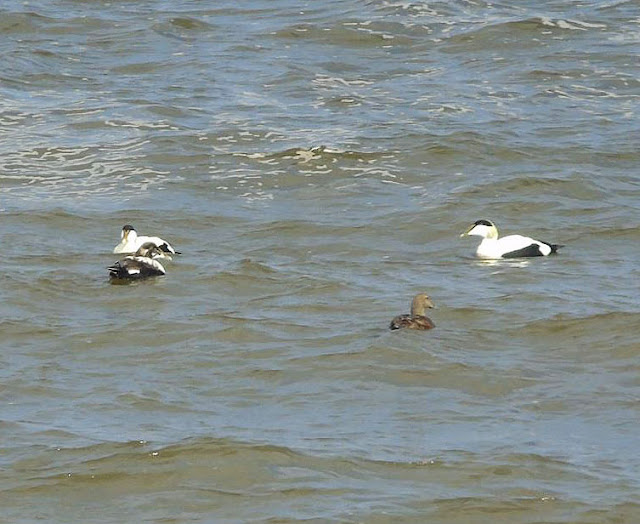 and highlights on the sea were 4 Arctic Terns, 22 Gannets, and a dark phase Arctic Skua, while best of the waders were 296 Sanderling and 9 Whimbrel. The seals were resting on the west hoyle bank as usual. 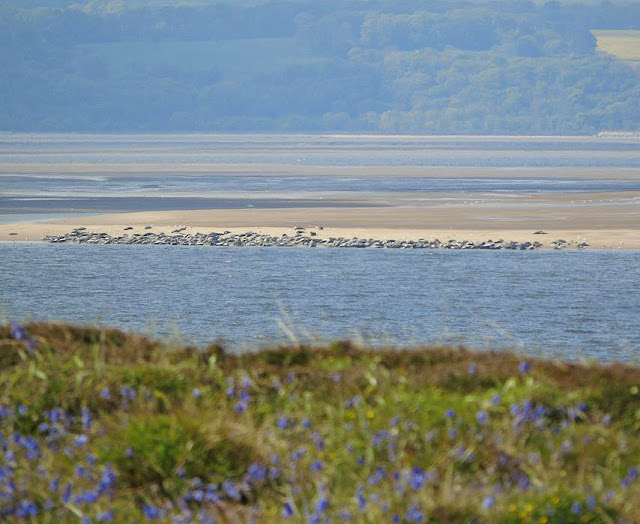 On the breeding front, the Swallows are feeding nicely.... 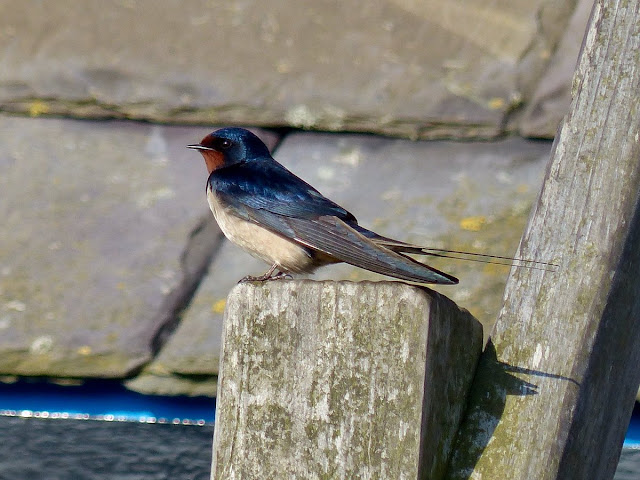 and the Pied Wagtails have hatched out and the nest of the Carrion Crows on Middle has been recorded. 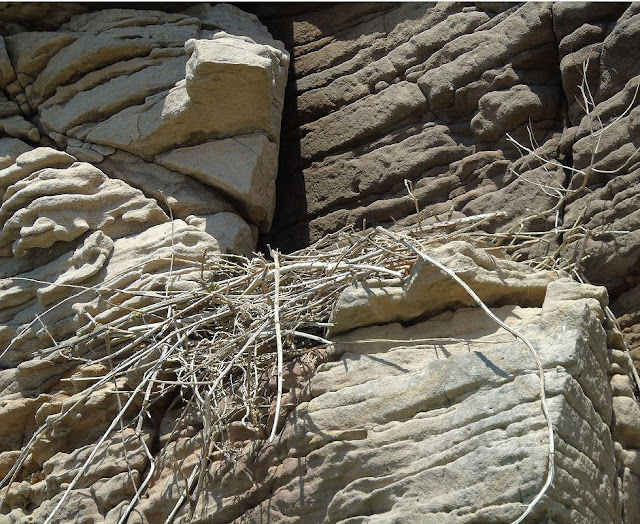