Weather: W force 0/1     intermittent drizzle early in the morning giving poor visibility.
The first time around the island was very dissappointing with nothing of note to record, and the second time was little better until a female Blackcap appeared in the 'heli' trap, it certainly seemed not to have been there earlier. 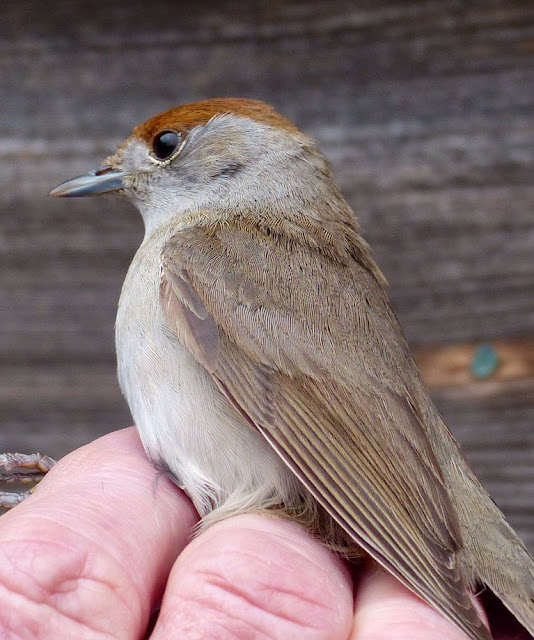 Visible migration this morning was restricted to a few extra Swallows and a House Martin, although 2 Mute Swans flew west across Middle and landed in the Dee. 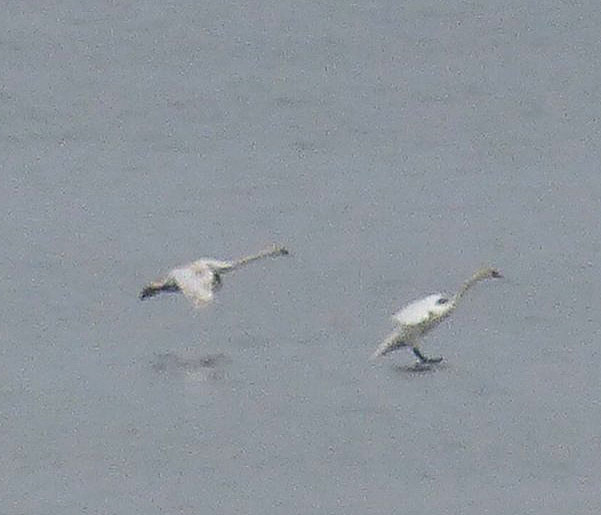 The late season Purple Sandpiper was still at the north end and was reluctant to leave its rock as the incoming tide flooded over it.. 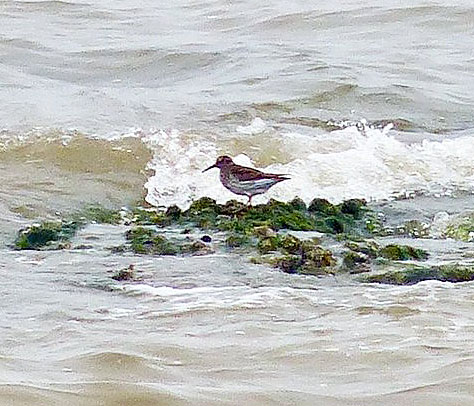 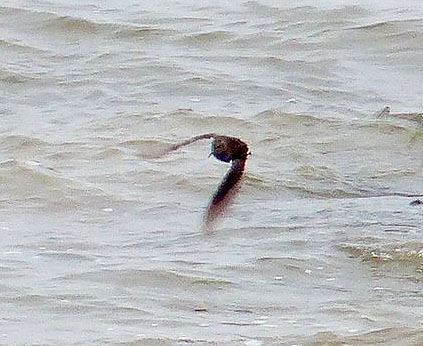