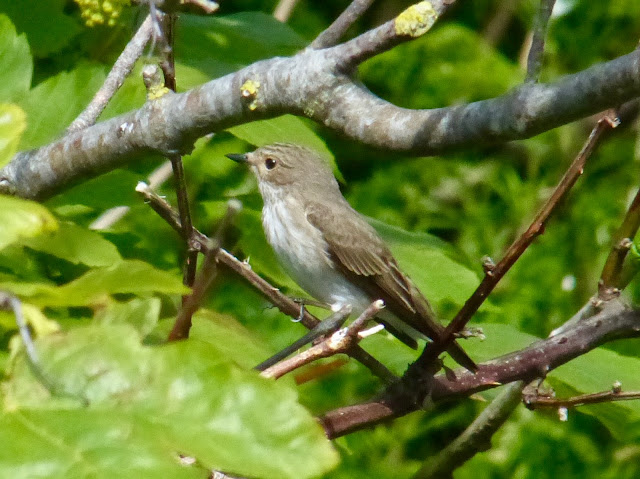 A short post-tide visit to check for late migrants was rewarded with a Spotted Flycatcher found in the Obs garden flycatching around the stunted trees.  It would disappear for long periods and then reappear in the same location.  Often thought of as the harbinger of the end of Spring at Hilbre this species appears from late April right through to early June at Hilbre. 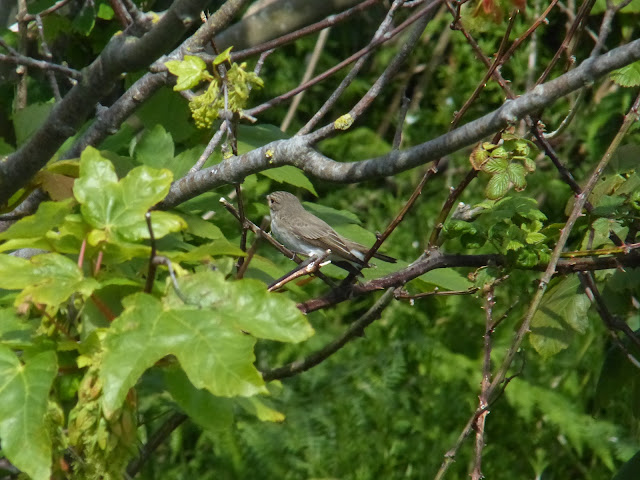 A couple of Little Egrets fed on the ebbing tide edge around Middle as observers arrived in the heat haze of the afternoon sun. 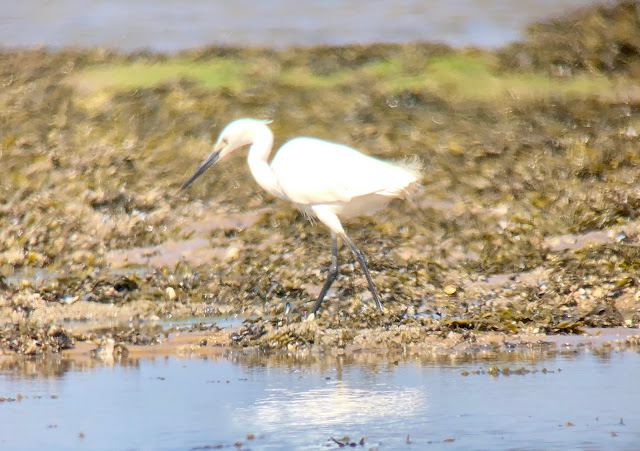 However, the island was in sparkling form with the thrift (sea-pinks) and bird's-foot trefoil in full flower at the south end and all down the west side. 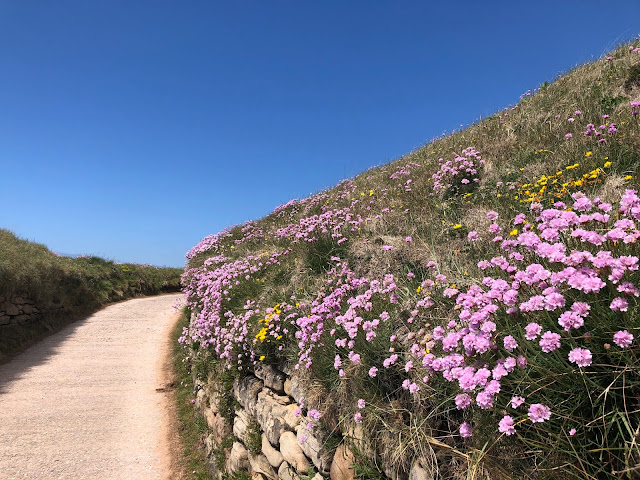 Waders were very much in evidence at the south end with the arrival of 220 Sanderling along with smaller numbers of Dunlin and Ringed Plover that had presumably been roosting on the islands over the high tide. 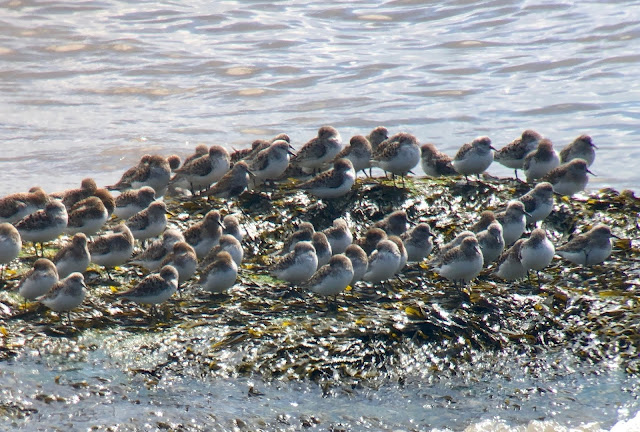 The drake Common Scoter and female Eider were still present and a Swift motored over the island.
Posted by Hilbre Steve at 19:28