Weather: ESE force 0/1, increasing 3 by noon, slight mist, sunny and warm.
Another beautiful late spring day, the sun was up from 5.30 am. 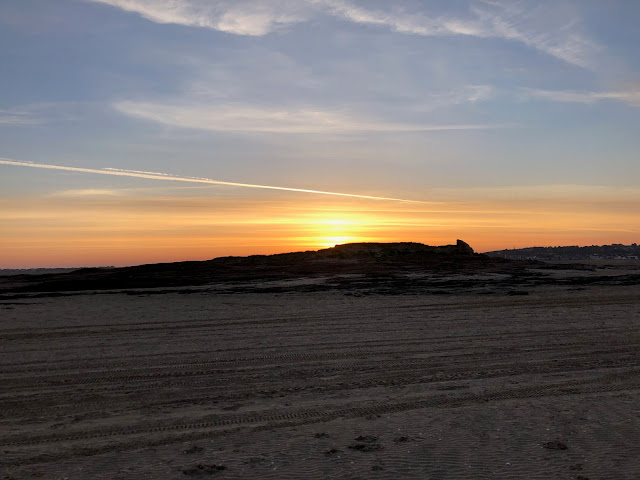 The Thrift and Birdsfoot Trefoil are at their best just now. 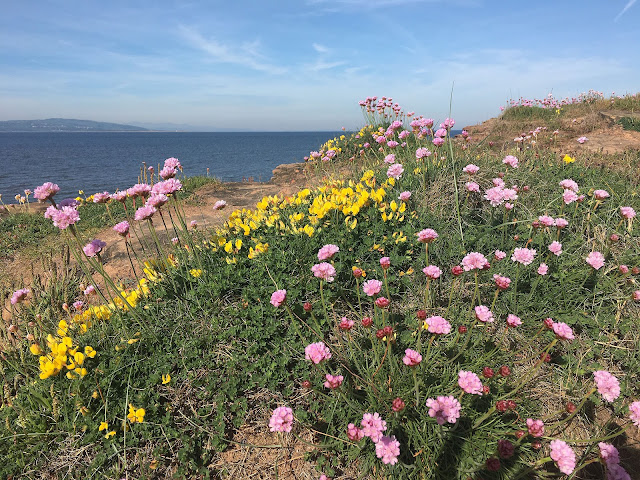 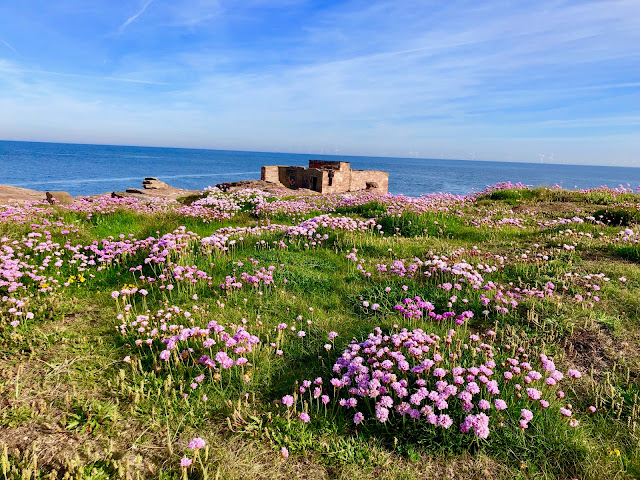 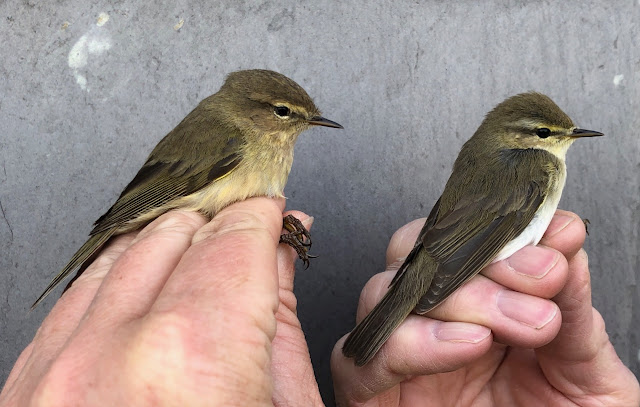 A Sedge Warbler appeared a little later and was next in line for a ring. Another was caught in the afternoon when a Whitethroat and a possible Reed Warbler were also seen. 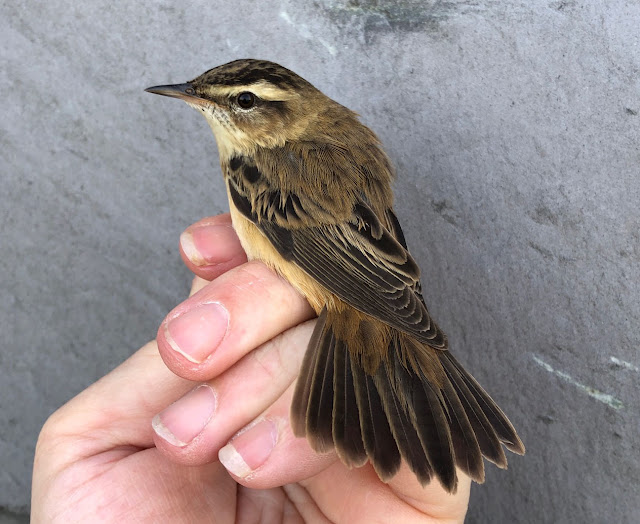 The male of the Pied Wagtail breeding pair fed in the potter and was also ringed to match its mate, the female being ringed recently. 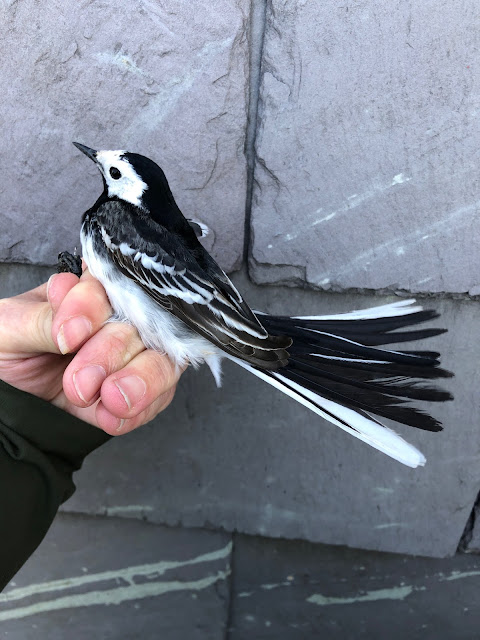 One of the Swallows nesting came into a mist net in the SK paddock and became the first to be ringed this year. 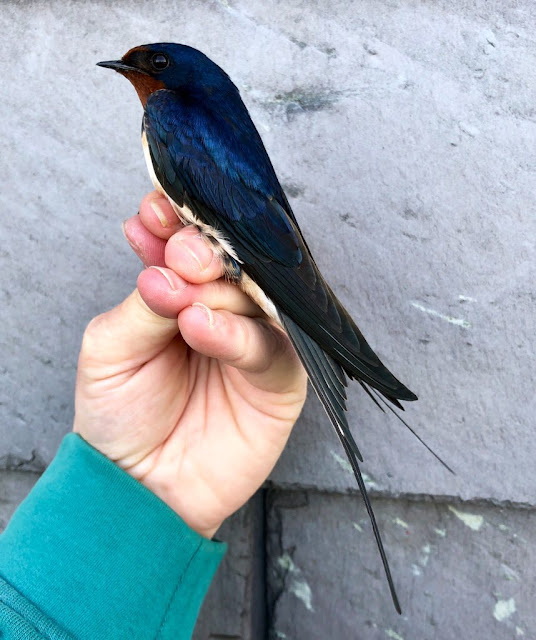 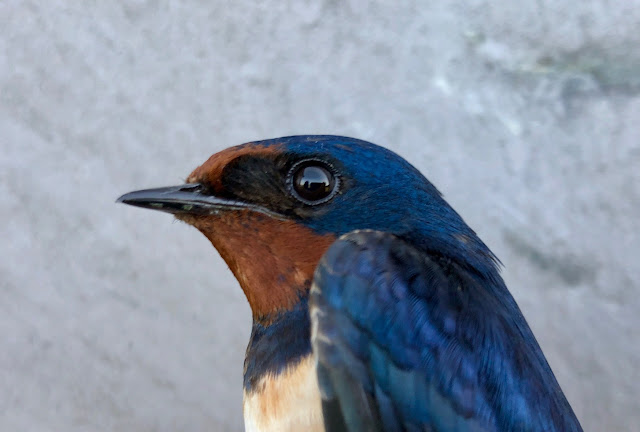 Apart from the ringing other highlights today featured 7 Manx Shearwaters passing on the sea, 1 of 2 Kittiwakes landing on the cliff at the north end, 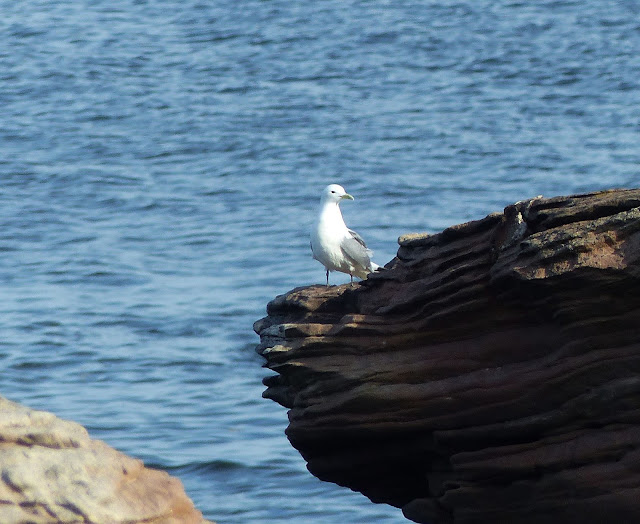 a Skylark heard singing at Middle Eye, 5 passing House Martins, a pair of Peregrines flying east over the island, 7 Whimbrel, a dozen Sanderling in a moving party of Dunlin, and a summer plumaged Turnstone between the islands. Around about were a pair of Eider, 3 Mallards (1 female), 14 Shelduck and 3 Little Egrets.