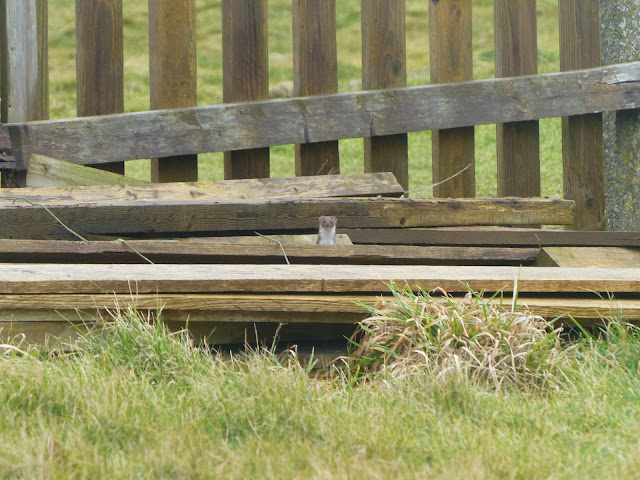 It was a very dreich start to the day but worth getting wet for when yet another, or one of the same, Jack Snipe was flushed from bracken in the same place as Thursday! 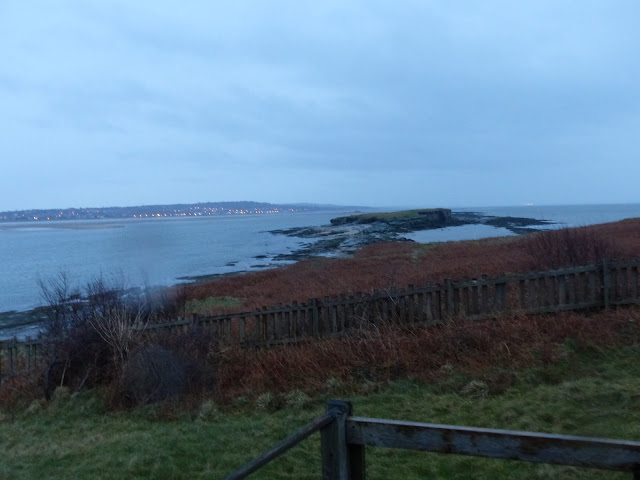 A brief sea watch recorded a Red-breasted Merganser, 5 Red-throated Diver, a Kittiwake, 5 Great Crested Grebe and 106 Common Scoter.  A juvenile Shag was on the North End and 350 Cormorant left the estuary at first light.

Pale-bellied Brent Geese in the lagoon area as the tide ebbed numbered 252, the six Eider were in the Gutter, as were a male and two female Wigeon. 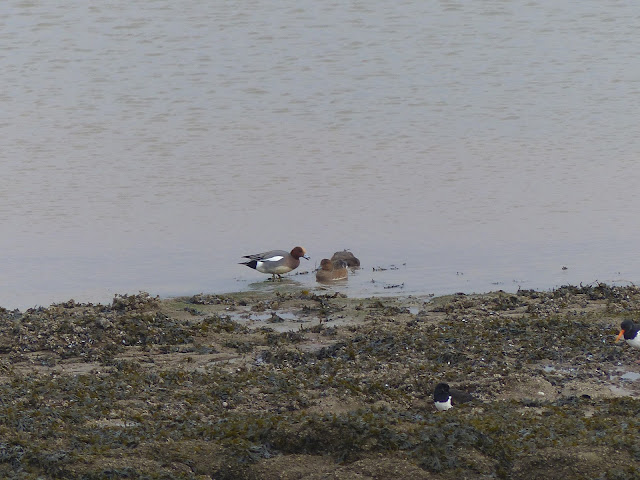 Six Purple Sandpiper were noted and 13 Bar-tailed Godwit were on the north shore, small numbers of Knot, Dunlin and Grey Plover were around the island.

A star appearance by the weasel at its usual spot in the woodpile was a highlight for some of the visitors to the Obs.

Thanks to Scott Reid and his group for their records.  Photos by AS
Posted by Hilbre Steve at 23:37