Weather: NNW  2/3  vis 15 mls increasing later as the clouds cleared.
There were 11,500 Oystercatcher in the high tide roost on Middle, 44 Ringed Plover on the West side of Hilbre and 7 Purple Sandpiper on the North End (per Matt Thomas). 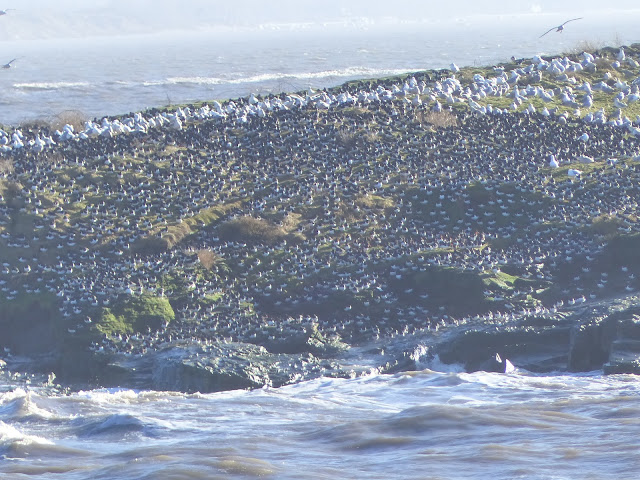 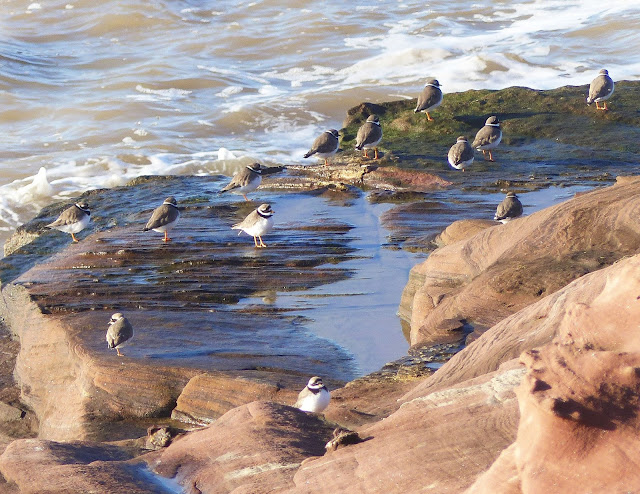 Knot in the recording area included a flock of 4,000, then 700 in smaller flocks. Waders feeding on the East Hoyle and in the Gutter were 58 Curlew, 98 Turnstone, 38 Redshank, 80 Dunlin and 84 Sanderling.

On the sea were 120 Common Scoter, a single Great Crested Grebe and 6 Eider, Brent Geese Numbered 167.

There were over 15,000 Gulls on the East Hoyle and to the South of Middle after the tide, mostly Herring but also Common and Black Headed, Probably feeding on the latest Razorshell wreck. 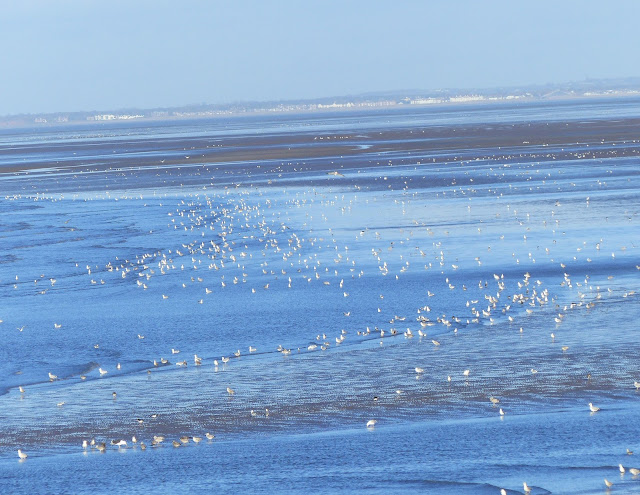 A Peregrine was seen briefly and a Skylark flew over the observatory, also a Woodpigeon landed briefly in the pittosporum.
photos AS
Posted by Colin Jones at 17:02