Weather: ESE  force 2, increasing 3/4 later  vis 6 miles
A very quiet start to the morning was brought to life later with the finding of 2 species of Tit on the island. A Long-tailed Tit arrived in the SK paddock just before noon and was caught for ringing and just as it was being released from the obs balcony a Great Tit was seen in the trees in the corner of the garden. It also was subsequently caught in the Newton trap. Any species of Tit is a scarce bird for Hilbre, sometimes neither of these are seen in a year, so both in one day in the midst of winter is quite exceptional. 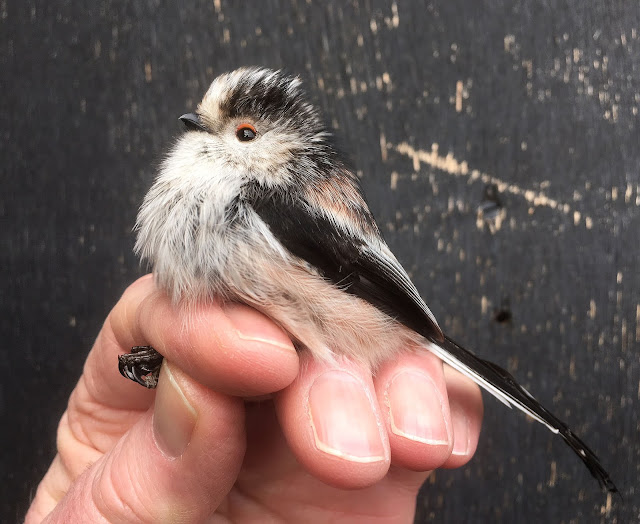 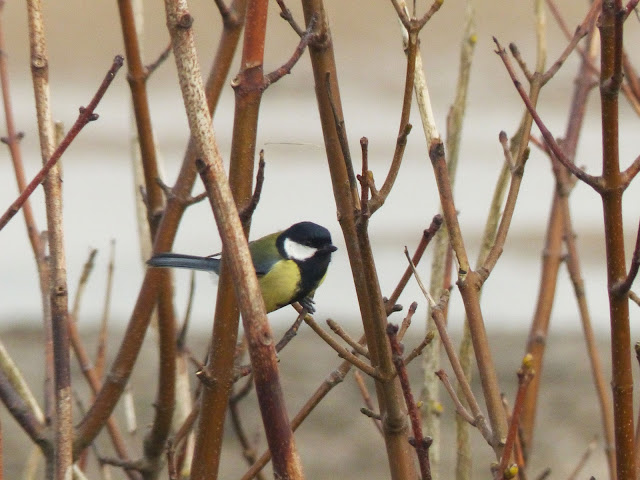 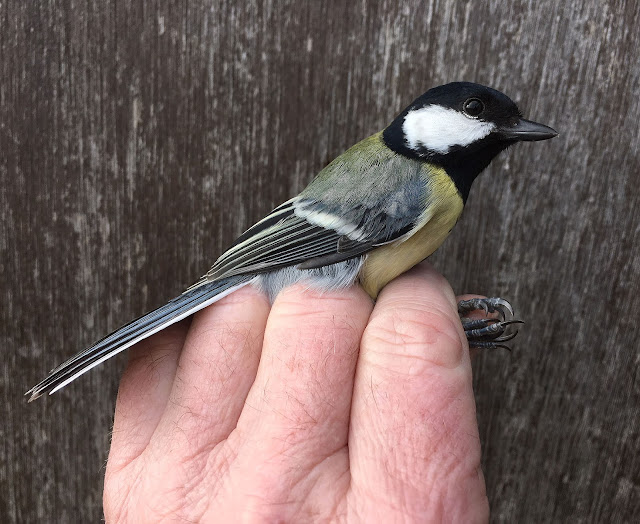 Prior to that event the main interest were the several flocks of Pink-footed Geese flying north in the first hour after dawn, counts were 200, 100, 105, 155 and 250.
Skylarks were not seen passing overhead this morning but 2 were flushed from the bracken at the south end, and 2 Starlings paid a visit, briefly dropping in on the shore at the north end with the Brent (252 today, including 3 colour ringed). 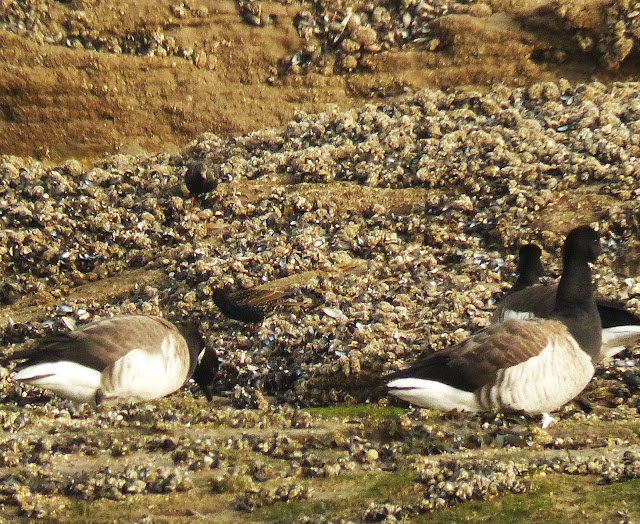 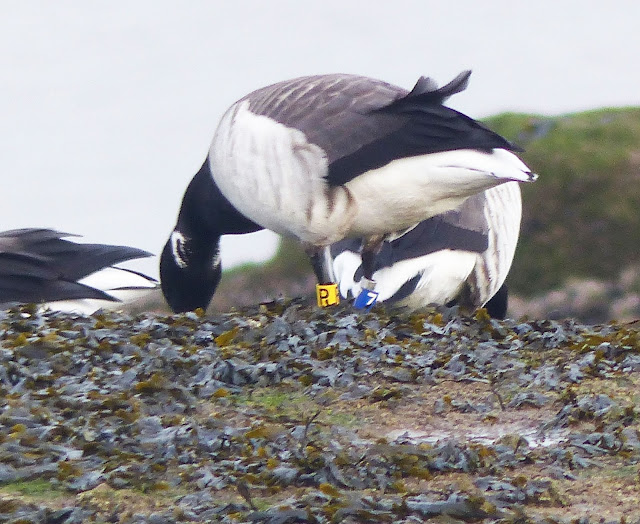 Neither Blackbird nor the wintering Song Thrush could be found, but there was a suspicious looking heap of brown feathers by the mast. The 6 Eiders are still here with a good variety of waders about the shore, but no Purple Sandpipers at that stage of low tide. The calm sea produced nothing but 89 Common Scoter and 3 Great Crested Grebes. No Little Egrets this morning but a Grey Heron stayed about the island. 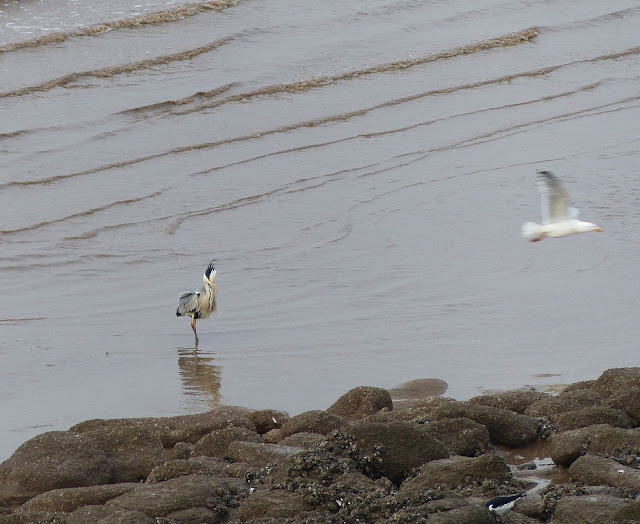