Three small flocks of Pink-footed Geese totalling 124 left the estuary early this morning (below) and the Brent Geese were counted at 245 including a colour ringed bird. 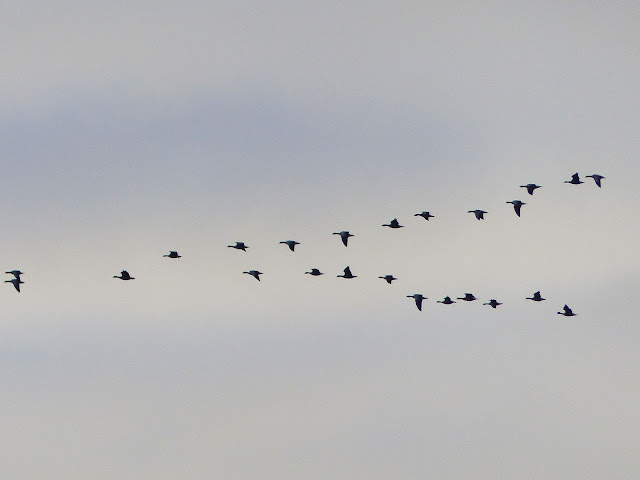 The 6 Eider were at the North End, 4 Shelduck flew up the estuary over the tide and 395 Common Scoter were on the sea along with 9 Great Crested Grebe and 2 Red Throated Diver (below). 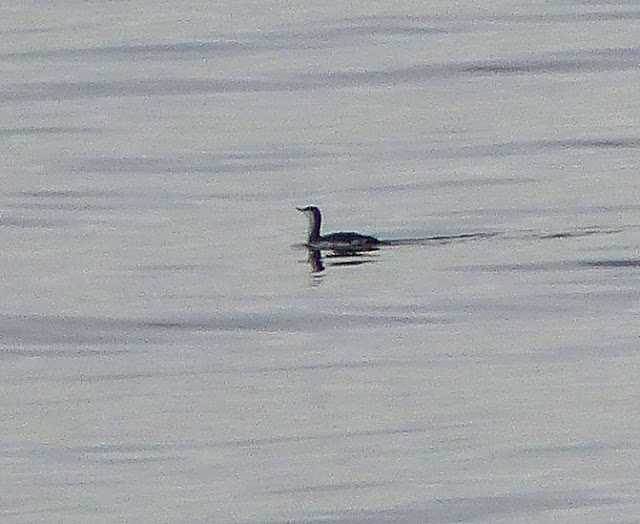 Before the tide 12 Bar Tailed Godwit were on the East Hoyle along with 170 Grey Plover with a small number at the North End, along with a few Dunlin and Knot. After the tide c. 14,500 Knot and 3,500 Dunlin were on the sands between West Kirby and Hilbre, seven Purple Sandpiper roosted over tide.
There were some returning breeding birds present on the island with 14 Meadow Pipits (one displaying over the top paddock) and a Dunnock (singing in the SK paddock), 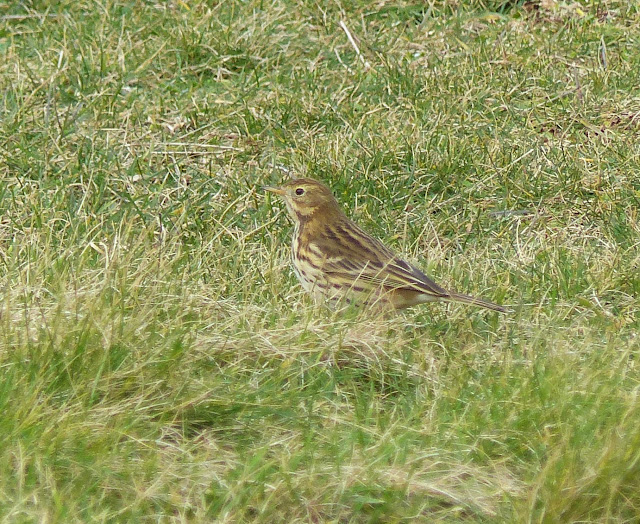 One each of Blackbird and Song Thrush were seen, 2 Pied Wagtails went over, 3 Linnets and a Rock Pipit were also present. 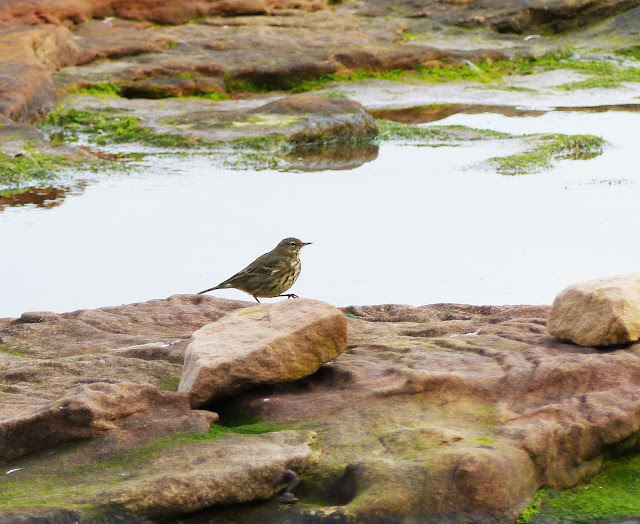 A Peregrine was on the sand east of Middle in the morning and seen to land on the top of Middle (west side) after putting the roost up over tide. A single Raven flew over the North End mid morning going towards Hoylake, and 2 Grey Heron were south of Middle after the tide.
Two Harbour Porpoise were seen in the Swash in perfectly calm conditions, there have been a good number of sightings this winter.

photos AS
Posted by Colin Jones at 15:49