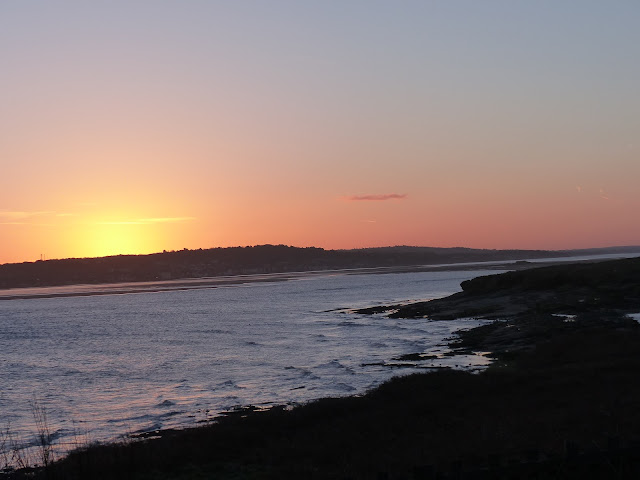 Upon arrival on Hilbre a Grey Heron was seen to be on the small island in the pond. A brief sea watch recorded 420 Common Scoter, 2 Great Crested Grebe, and 4 Red Throated Diver (all the Divers flew west). The 6 Eider were in the Gutter and 221 Brent Geese were spread out around the islands. 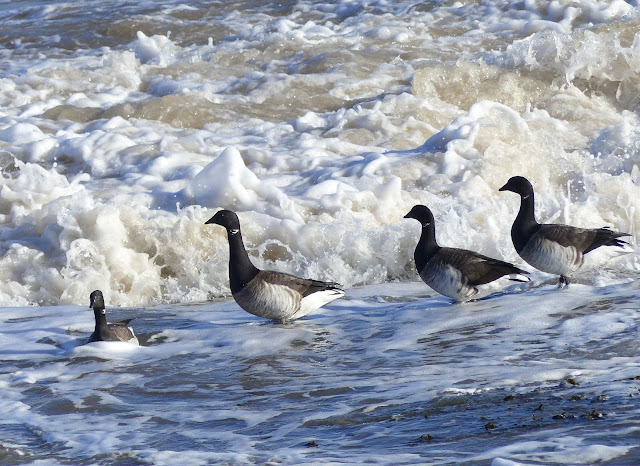 Three Purple Sandpiper were all that could be located today. 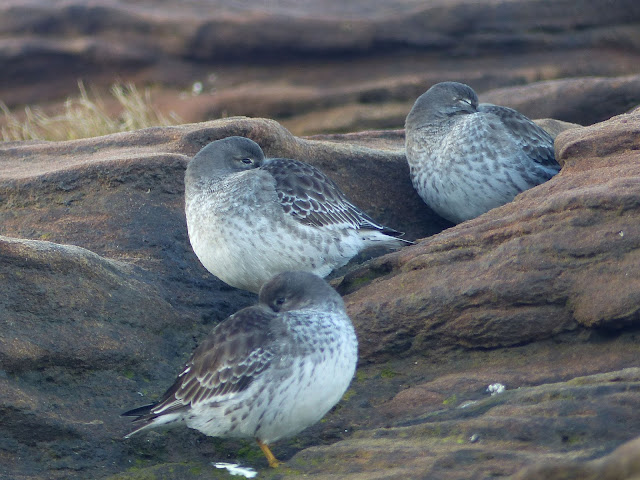 On the North Shore after tide were a flock of 3,000 Dunlin, also 166 Grey Plover, 11 Sanderling and 600 Knot. Eighty two Redshank was a better count than of late and 47 Curlew were on the East Hoyle.
A single Rock Pipit was at the North End and 3 Linnet were on Middle.
Two Peregrines  kept the waders agitated for a couple of hours and there was interaction between them both by the mast on the west side. 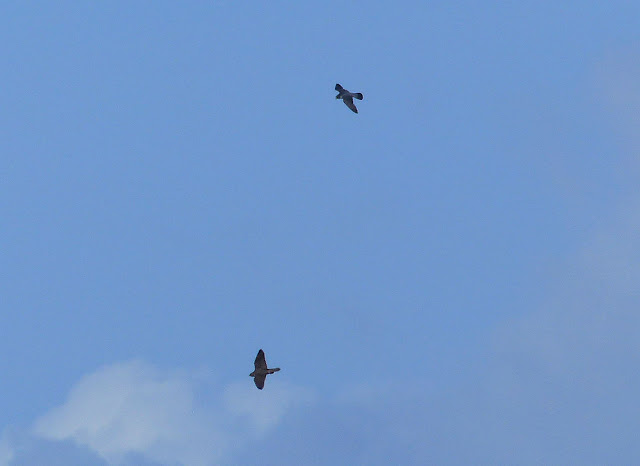 photos AS
Posted by Hilbre Steve at 16:45