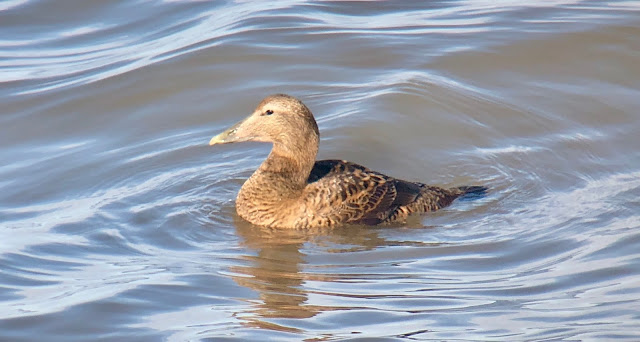 A lovely day on the islands today the highlight of which were again the Pale-bellied Brent Geese with 268 counted including four colour ringed birds - two ringed in Iceland, one in Ireland and our old favourite HDRB ringed in Canada. 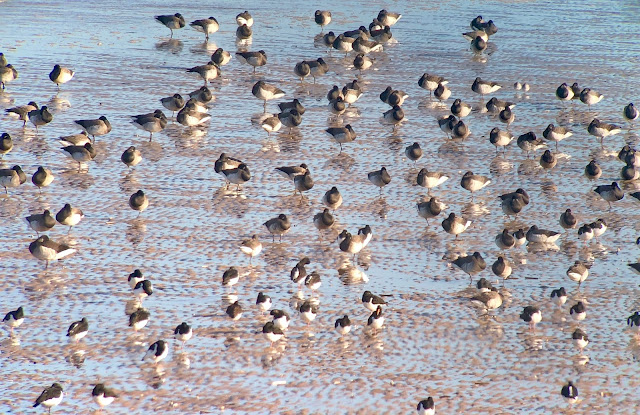 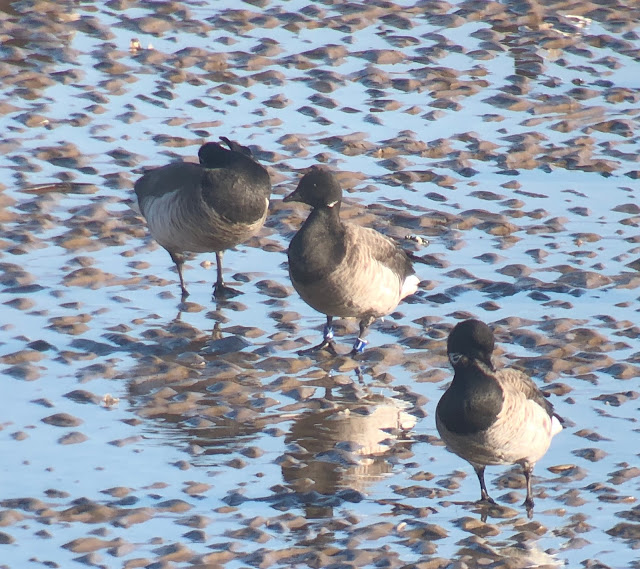 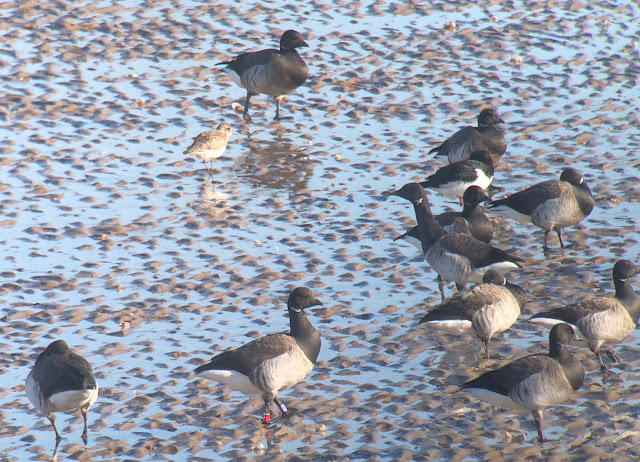 The six Eiders remained around the North End as did small numbers of waders including five Purple Sandpipers, 35 Knot (including a pale bird), 120 Turnstone and 73 Redshank and small numbers of Grey Plover including this bird feeding around a small pool off the slipway. 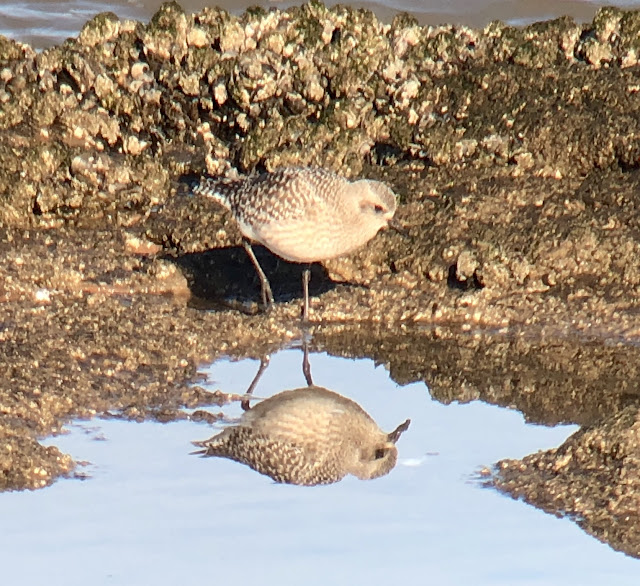 The sea-watch was fairly quiet with 4 Red-throated Divers, 6 Great Crested Grebes and 120 relatively close Common Scoter (and c3,000 very distant birds); however the highlight was a Harbour Porpoise which circled around in the almost flat calm water between the Whaleback and the tip of the West Hoyle sandbank.  Photos SRW