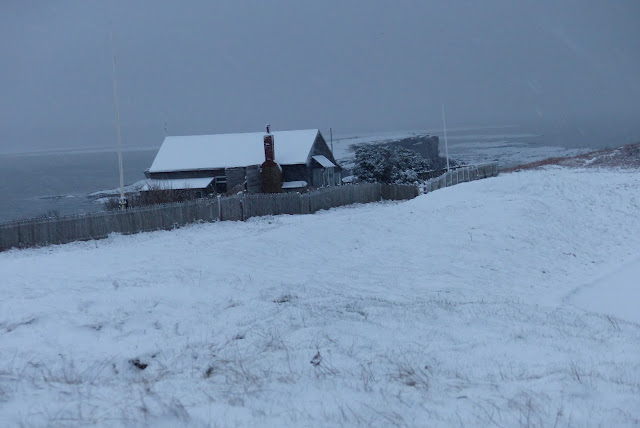 The islands had a rare covering of snow at first light as did the shore which was a wonderful sight as the tide flooded.  The dusting of snow allowed extensive evidence of the fox to be found and its prints could be found all around the main island. 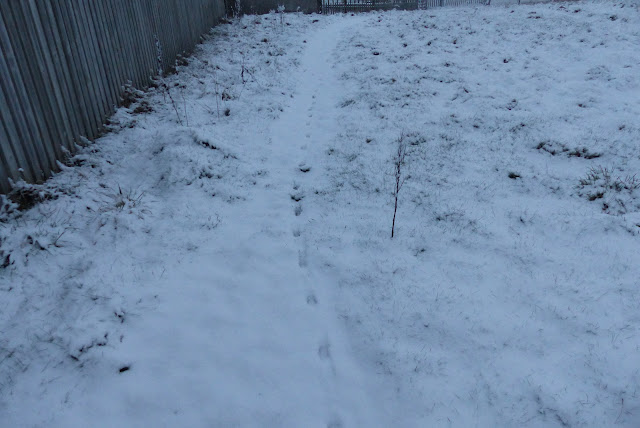 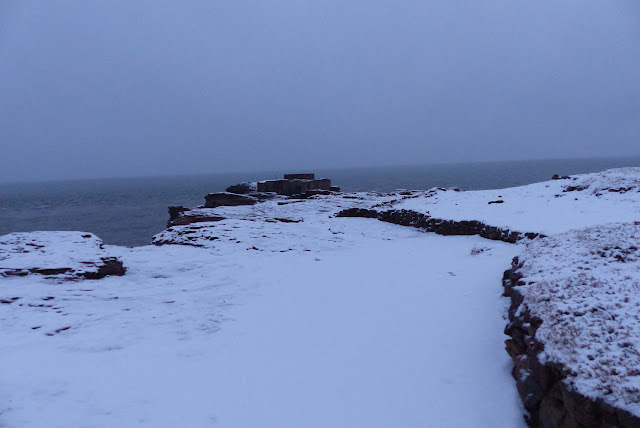 The six Eider remained around the islands as did 130 Common Scoter in small flocks off the North End along with 6 Great Crested Grebes. 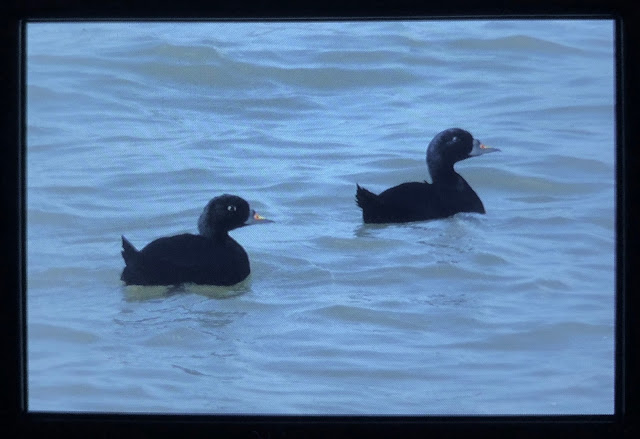 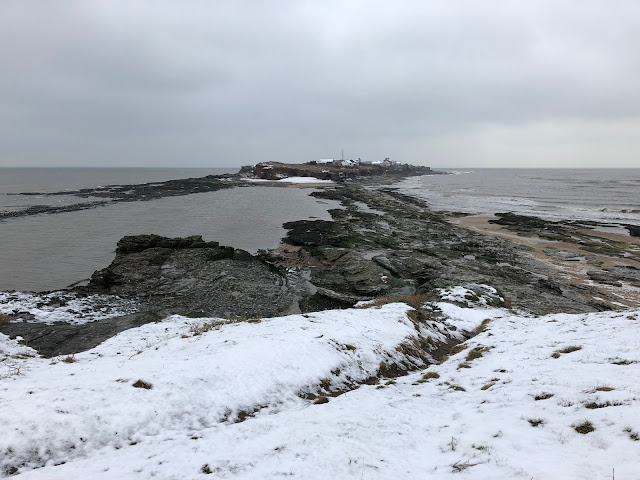 As the tide receded it left frozen sea leaving incredible shapes but also thousands of waders around the tide edge including 4,500 Dunlin, 3,500 Knot, 950 Sanderling and over 500 Curlew.  No doubt the wader numbers encouraged two Peregrines to be in the area including an immature female and an adult male. 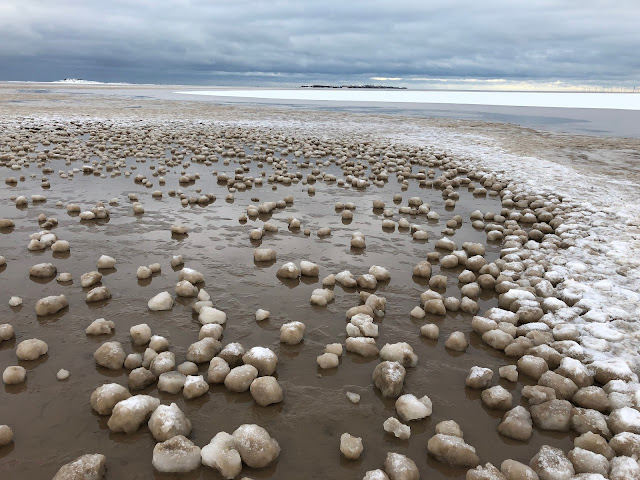 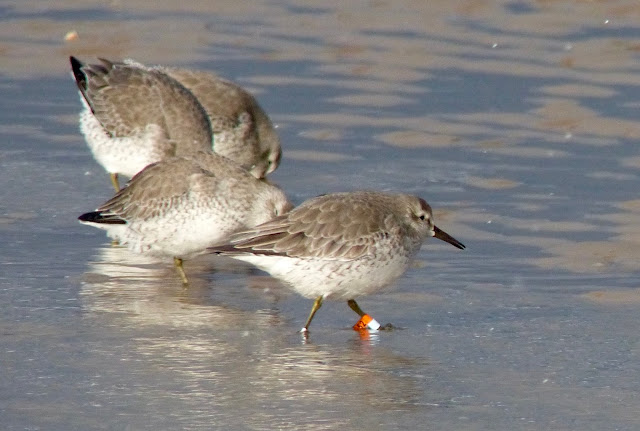 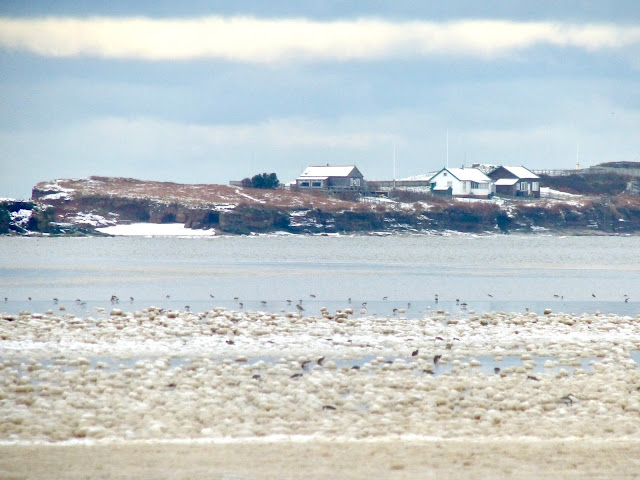 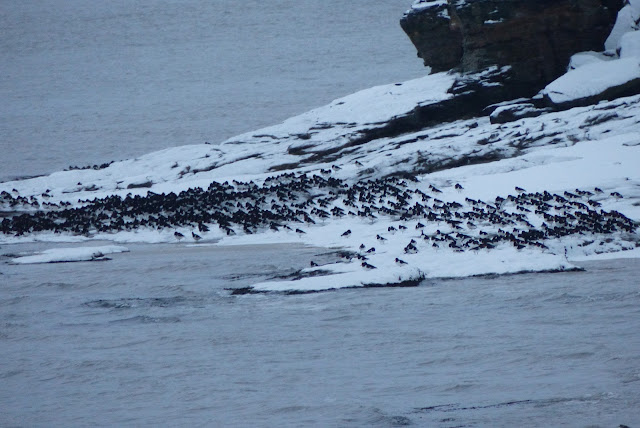 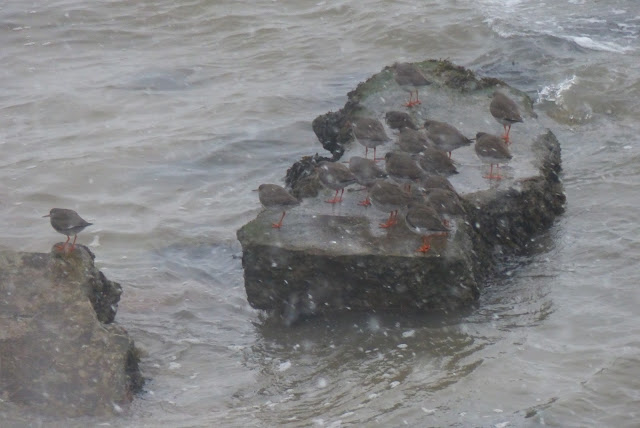 As the day progressed the dark grey snow clouds were replaced by blue sky until further snow arrived later. 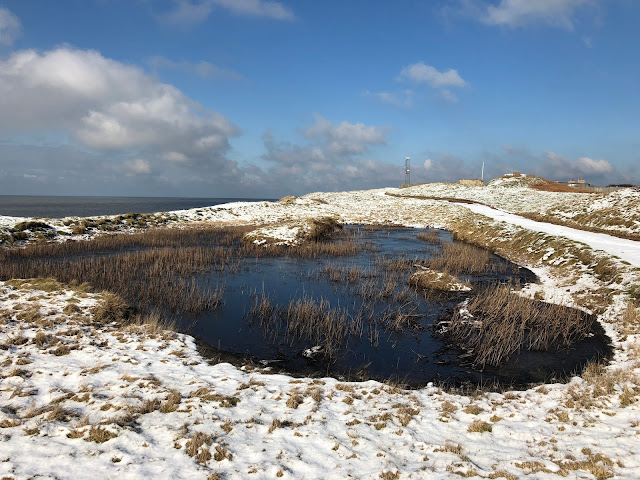 A few passerines braved the snow but the only 'migrant' was the first Siskin of the 'spring' which alighted briefly in the Obs garden before heading off south.

Meanwhile, on nearby West Kirby Marine Lake a pair of Goosanders were present early morning including a fine drake and later 10 Pale-bellied Brents were present there. 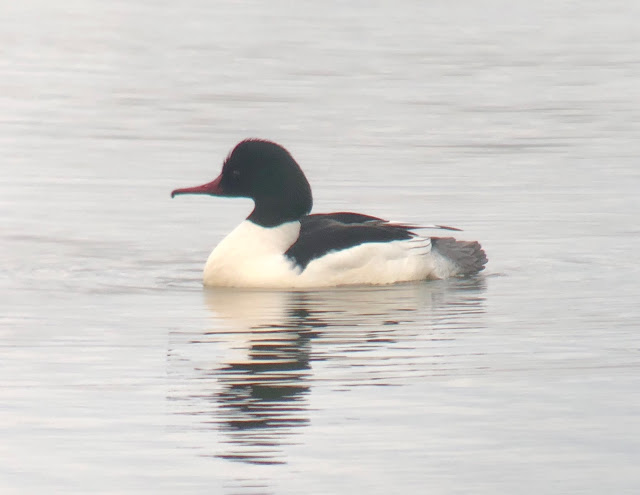 Photos AS and SRW
Posted by Hilbre Steve at 18:04