The first trip of the day to the North End had a Tree Sparrow fly over and up the island, it was later located in the Heli garden where it was just visible for long enough to take a couple of poor photos, it then dropped further into a bramble patch and was not relocated again. Tree Sparrow is a very scarce less than annual visitor to the island. 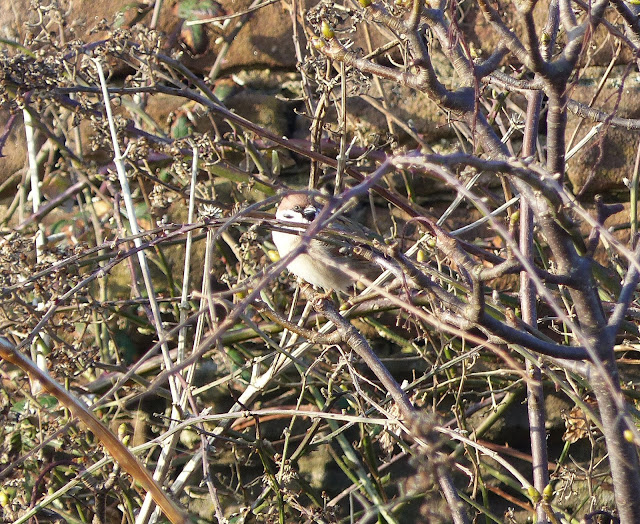 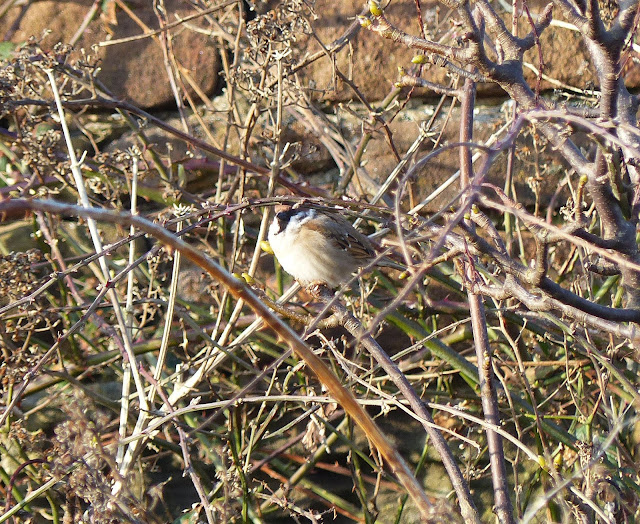 Also on the island were a Greenfinch, 2 Dunnock,  a Song Thrush, 2 Meadow Pipit and a Rock Pipit.
Six Eider are still present and 76 Common Scoter were on the sea, Brent Geese numbered 242 with 3 colour ringed birds noted. 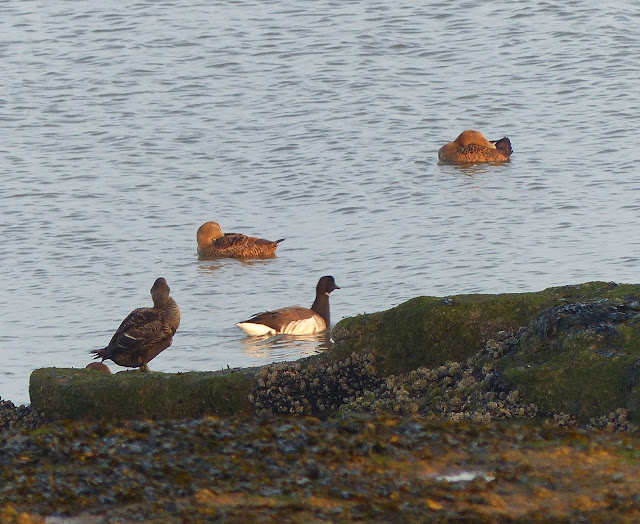 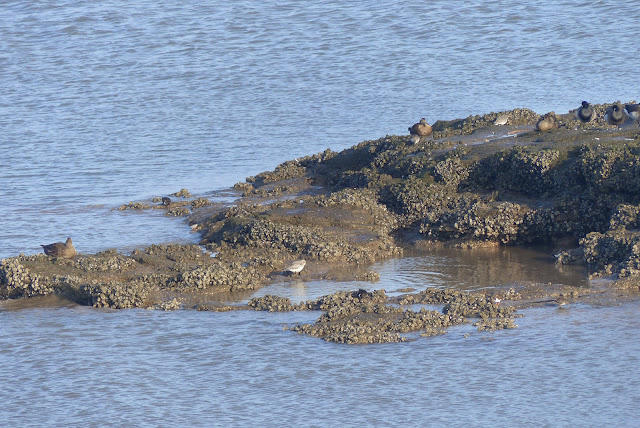 Among the waders were 46 Grey Plover, 1 Ringed Plover, 16 Bar-tailed Godwit, 90 Dunlin, 50 Knot and a Purple Sandpiper.
photos AS
Posted by Colin Jones at 08:29