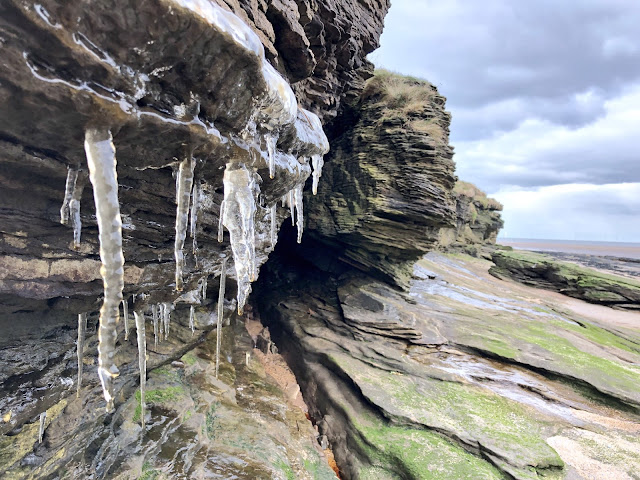 Around 200 Pale-bellied Brent Geese were noted around the islands with two colour-ringed birds recorded, a single orange-flagged Knot (ringed at Altcar, Lancashire) was present at the North End along with the 'pale' bird.  Small numbers of other waders were noted including only two Purple Sandpipers but with small numbers of Grey Plover and Sanderling on the tide edge. 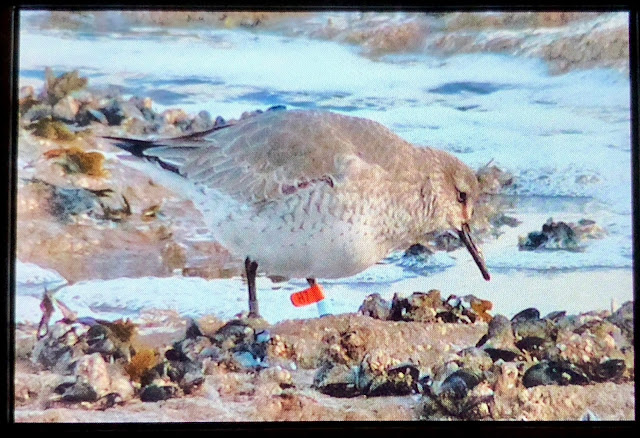 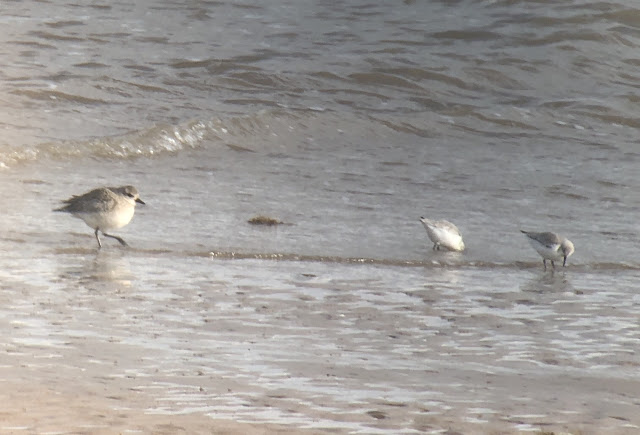 The six Eider were still present and a single Peregrine was noted drifting south over the main island and middle.  Mid morning the first light sprinkling of snow appeared. 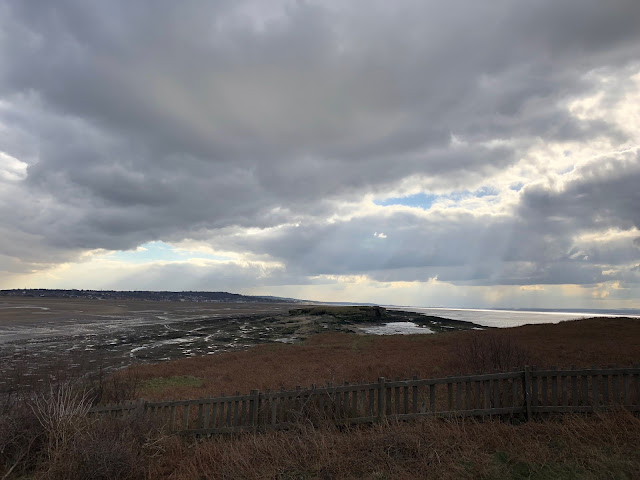