It was a lovely day on Hilbre today, sunny and warm. It felt like Spring, There were 2 Skylarks and there were Daffodils, Snow Drops and Lesser Celandine in flower. 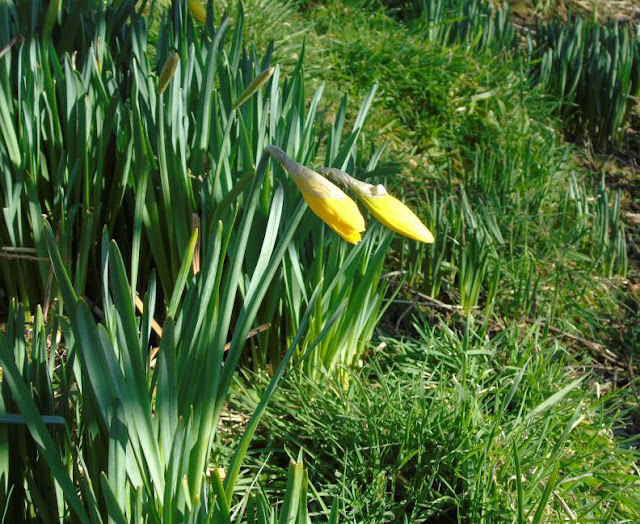 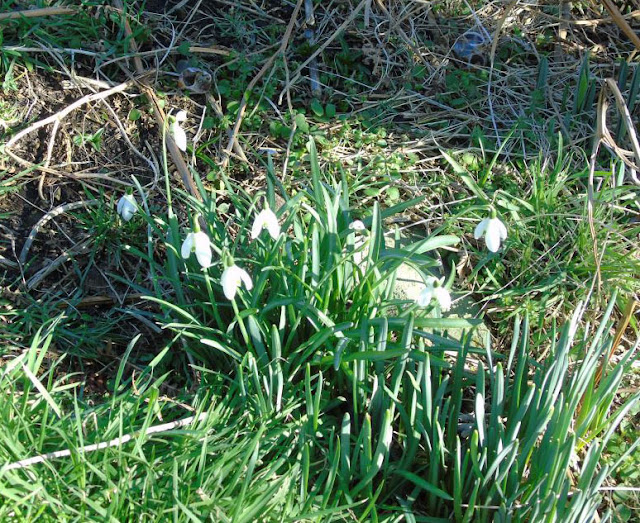 A wandering visitor stranded on Middle over the tide reduced the Oystercatchers roosting but a huge number of them roosted at the south end of the main island. Some of the 271 Brent Geese were around the main island over the tide which is unusual and we felt it was also due the same visitor who had moved them from their usual place near middle. Even the Eiders turned up over the tide.  Good wader counts included 16,000 Knot, 3,000 Dunlin, 453 Grey Plovers and 97 Sanderling. A sea watch was also productive with 9 Red-throated Divers, 53 Great Crested Grebes, 460 Common Scoters and best of all a Harbour Porpoise that showed several times off the north end.
Some Ringed Plover, Turnstone and a Knot were on Lion Rock in Niffy bay over the tide. 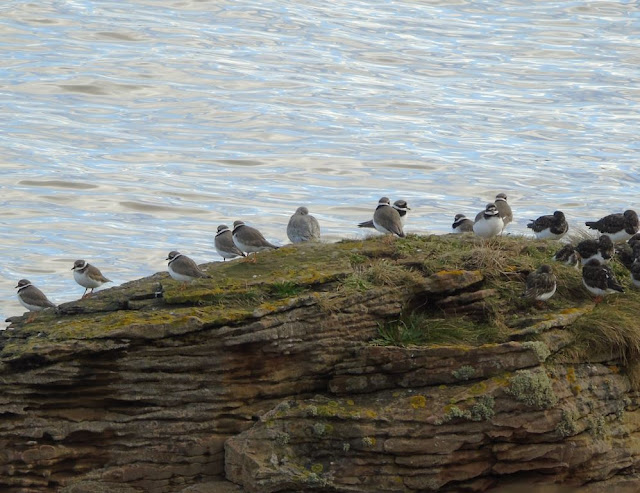 Wintering birds retrapped were a Wren and 2 Song Thrushes and there was a new Robin ringed. 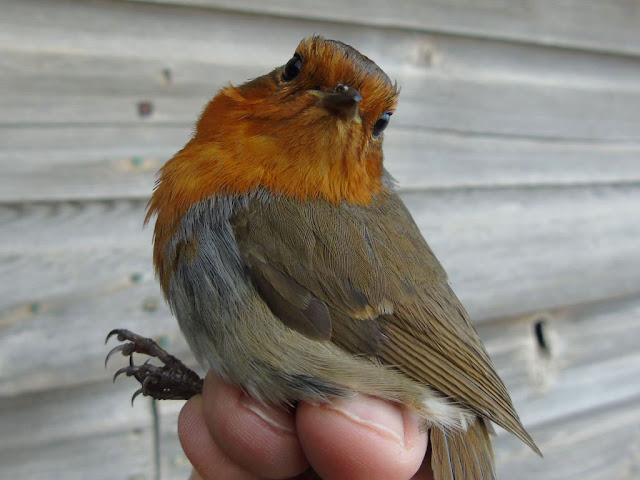 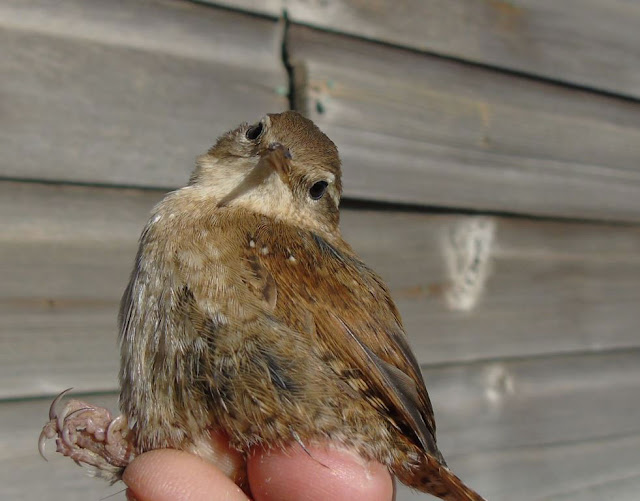 There were a couple of Pied Wagtails, 2 Meadow Pipits and a Rock Pipit about but none of them went into the potters for ringing.
Hardly any gulls were present for the Webs count over the tide, there were a few at the north end but none anywhere else. A great day on Hilbre.
Ringed : 1 Robin         [ 4-3 ]
photos JE
Posted by Colin Jones at 21:51