Another day of different passerines was hoped for, just like the last two days on the island. There was a Starling lurking in the obs garden, however the wind was a bit stronger than the last two days and the only other passerines were a Wren, a Robin, two Carrion Crows and a Song Thrush. A very quiet morning. The 140 Brents counted were sheltering from the SE wind all along the West side of the island. There were also 3 Wigeon, 10 Great Crested Grebes, a Common Scoter and 6 Eider, the one below seems to be a moulting first year male. 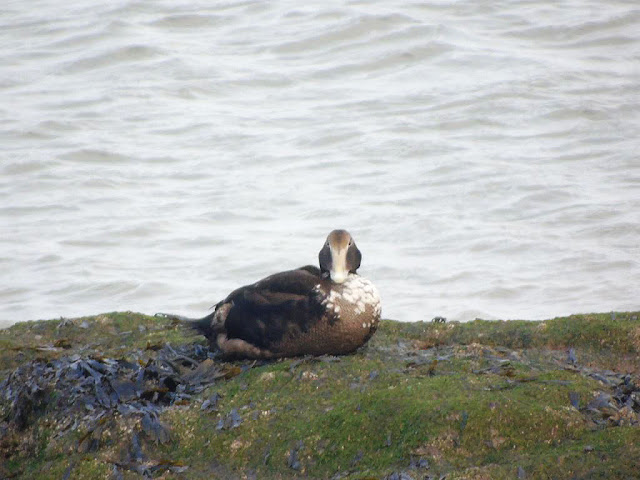 It was a nice enough day, the sun was out and it did not feel as cold as the thermometer showed. There were a reasonable selection of waders one of which was the yellow and green Turnstone first ringed here about 10 years ago. 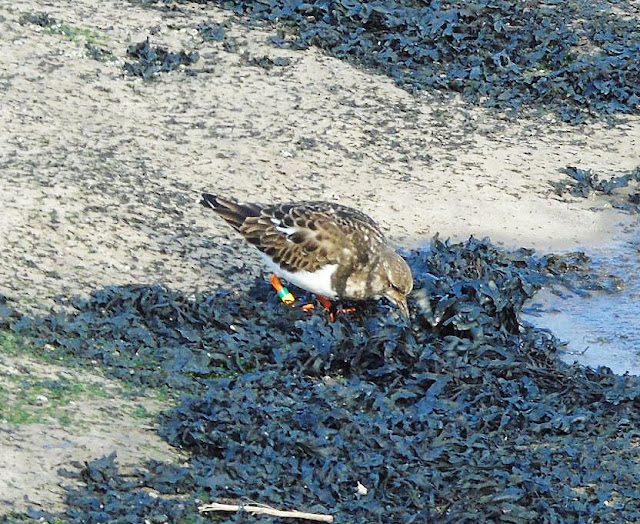