Weather SE force 2, vis 5 miles mist around the coast
The weather stayed relatively calm for a pre-tide visit this morning and unlike yesterday waders were in small numbers, even as the big tide approached mid-morning. Some of the Brent were on the whaleback including 2 colour ringed birds, the Red/Blue HDRB which first appeared here in December 2008 after being ringed in Canada the previous summer, and the Blue/Blue XJ/BB individual ringed in Iceland last year. 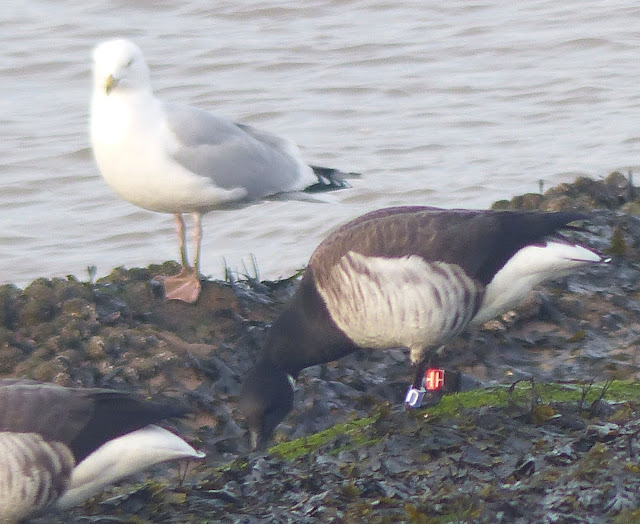 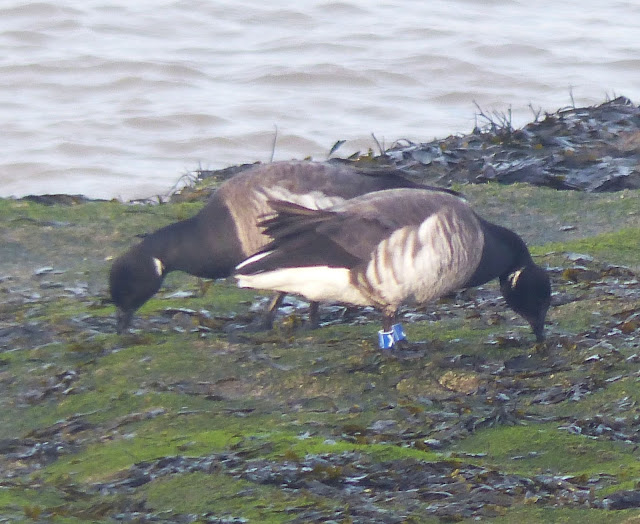 Other ringed birds were 2 colour flagged Knot from the recent Altcar ringing catch which were feeding with 46 others and 10 Dunlin at the north end. 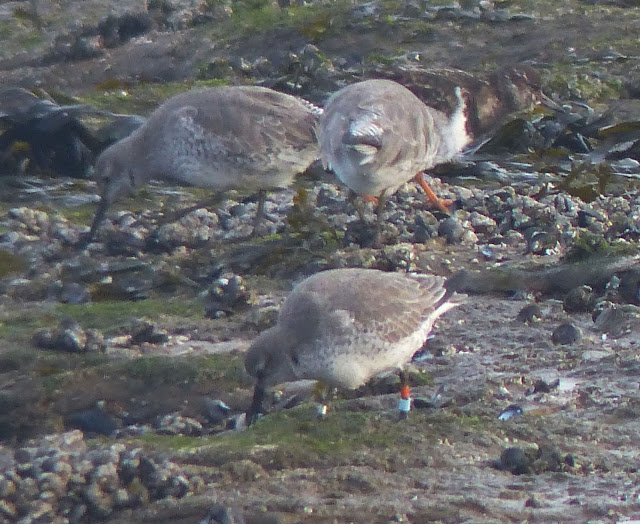 The poor showing of waders at low tide included a single Purple Sandpiper, 5 Grey Plover and 2 Bar-tailed Godwits, while a majority of the Oystercatchers rested to the west of Middle. 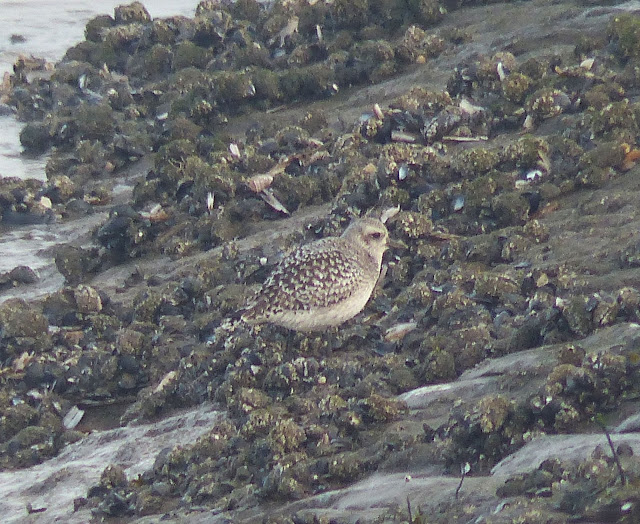 The Eiders have been averaging between 5 and 6 birds now for a while but today there were 7 present. 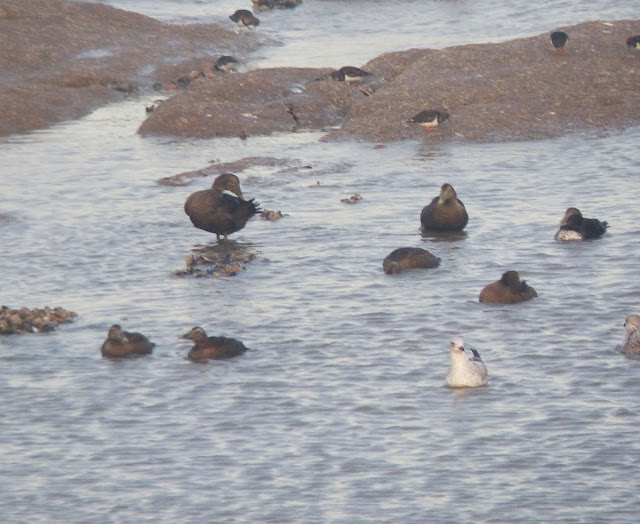 A Reed Bunting flew over the obs, as did a Siskin while 9 Skylarks were logged including singles down on the south end of the main island, and on Middle. 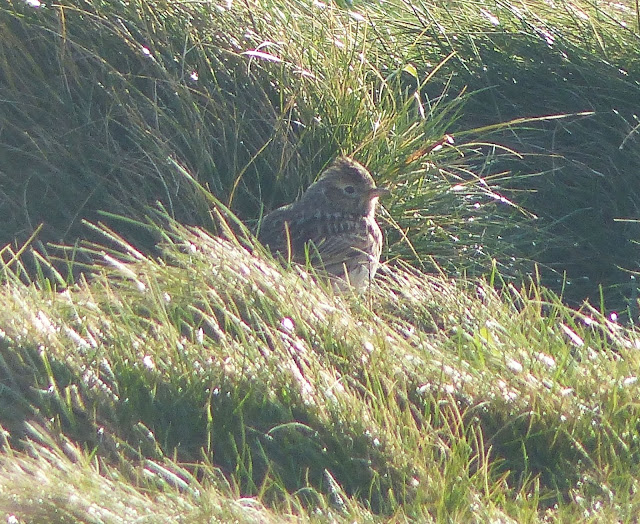 Regular passerines present included a Pied Wagtail, 5 Meadow Pipits, 2 Robins and 4 Wrens.
On the sea 3 Red-breasted Mergansers flew over the west hoyle and 3 Great Crested Grebes and 20 Common Scoters were off the north end.