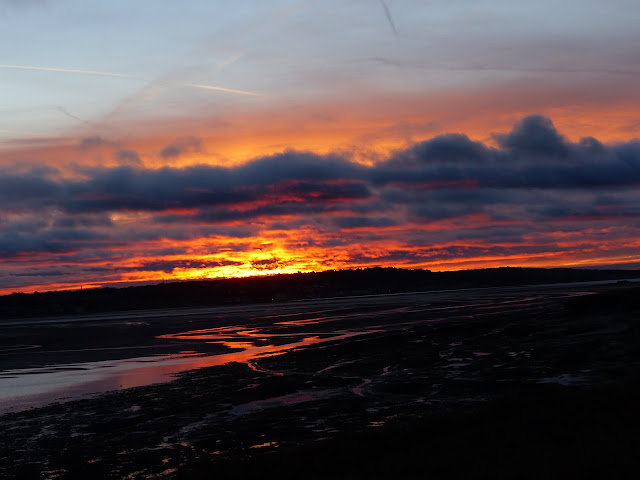 A cooler and more overcast morning than yesterday produced a stunning dawn and then later saw the Pale-belled Brent Geese flock feeding on the Whaleback and down the west side rocks of the island and once again included four colour-ringed birds; 251 birds were counted and were joined by six Eider. 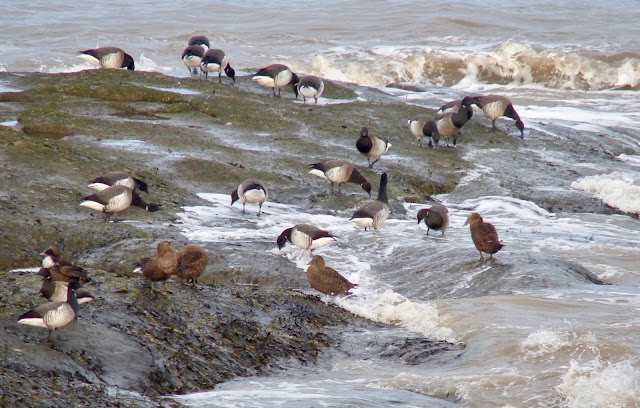 A drake Red-breasted Merganser flew west past the North End and small numbers of Common Scoters were noted again.

Waders remained in evidence with 3 Purple Sandpiper and small groups of Knot (including the pale bird again at the North End see below centre with 'ordinary Knot to the left and right of the Brent), Grey Plover, Dunlin and 200 Sanderling noted. 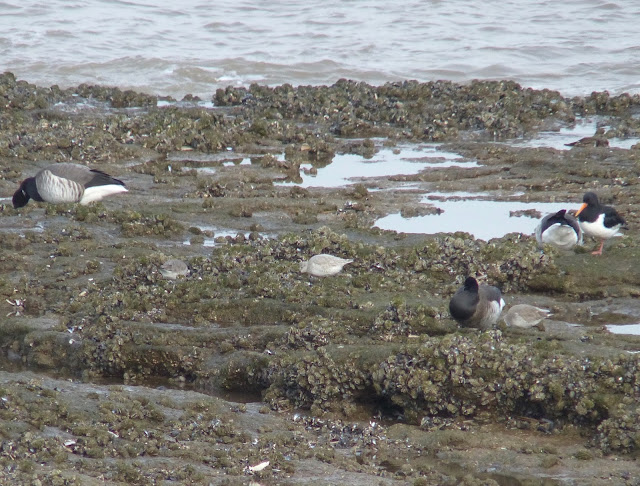 Highlight of the day were two Jack Snipe flushed from the South End bracken during a traditional 'south end drive' but only when one member went 'off track' to check out a dead Cormorant.  Jack Snipe is a very scarce visitor the islands although it winters regularly at nearby West Kirby salt marsh.

On the way off the island observers were treated to great views of a Peregrine sat on Little Eye which seemed completely uninterested in them.  Photos AS (dawn) and SRW (remainder) 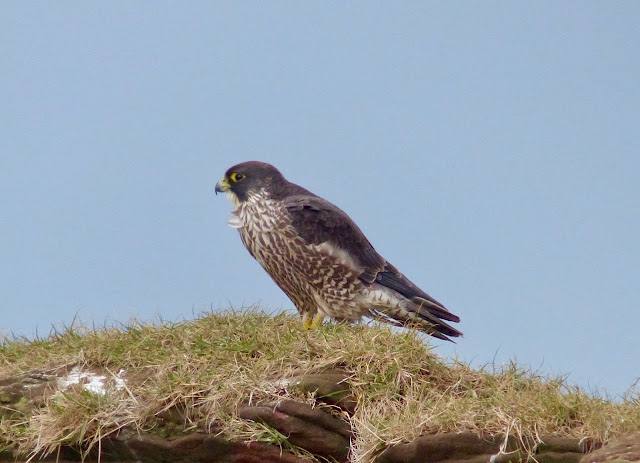