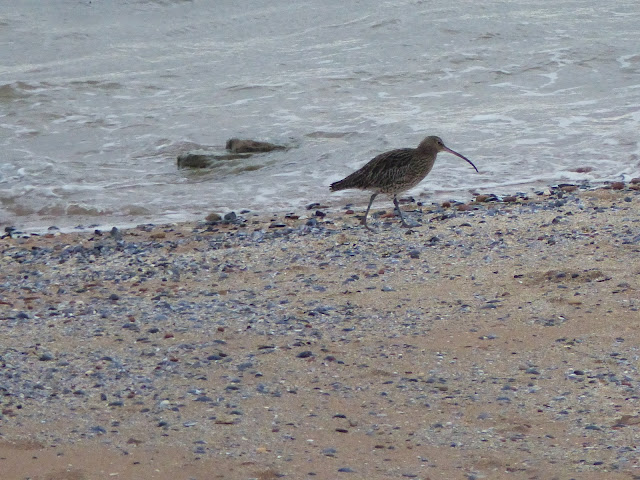 Not the best of Hilbre days weather wise but when the hail and sleet stopped for long enough to spot two Harbour Porpoise on the east side of the island, it was all worthwhile, they are usually spotted in the Swash or out to sea. 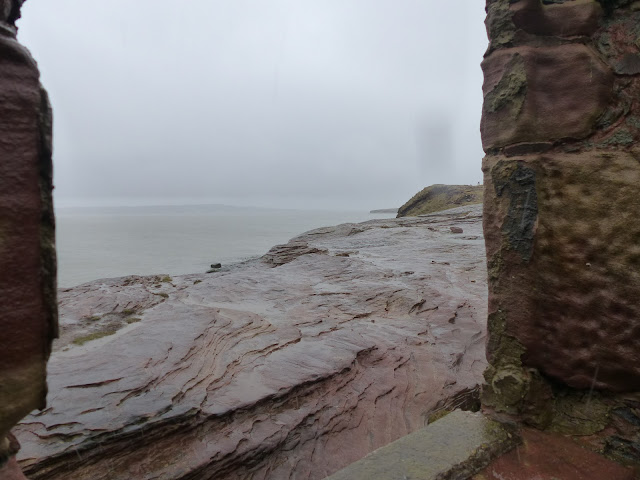 There were 13 Great Crested Grebe around the North End and 160 Common Scoter off the East Hoyle but little else on the sea other than about 50 Cormorant. 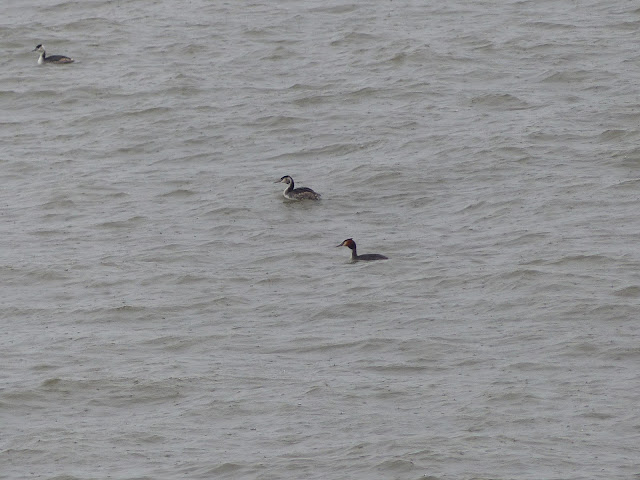 The over tide roost on Middle held 3,000 Oystercatcher and 200 Knot were with them briefly.  Six Purple Sandpiper were present and other waders included 20 Curlew, 26 Sanderling, 300 Dunlin, 427 Grey Plover and 16 Ringed Plover. 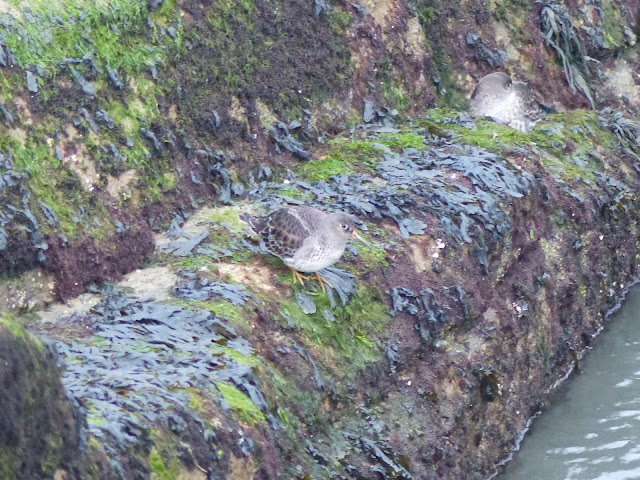 In the ebbing gutter were the six Eider and three Wigeon (two male and a female).

The only ‘visiting’ bird to the island was a solitary Woodpigeon.  Photos by AS
Posted by Hilbre Steve at 22:09