Weather: SE force 2
With the tides approaching their peak for this month the islands were soon surrounded this morning and sea watching in the sunshine was the order of the day, although records were few with a single Arctic Skua, a Manx Shearwater, a Gannet, 4 Great Crested Grebes and 7 Little Terns the best of the sightings. Before the tide the Grey Seals were hauled out as usual on the west hoyle bank.

About the islands were 4 Whimbrel, the regular Eider and a single Black-tailed Godwit. Eight more Black-tailed Godwits flew south later.
Other waders were not present in large numbers at the roost at the north end of Middle owing to late comers mis-judging the tide and having to stay there.

However there were Dunlin, Ringed Plover and Sanderling roosting on the west side of the main island. 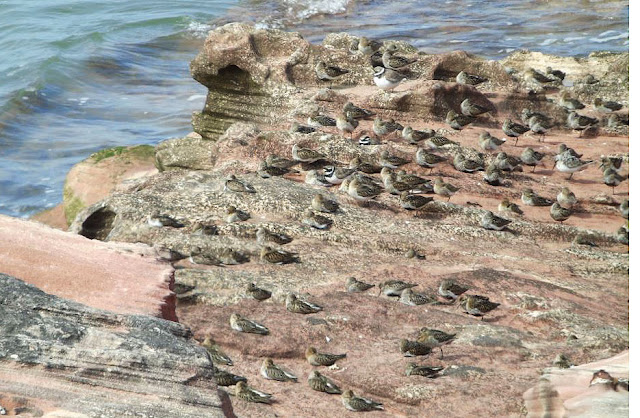 Sandwich Terns peaked at the massive number of 2,800 at the roost.
Three Willow Warblers were noted as the only small migrants.
Three Linnets were ringed      [ 445-31 ] 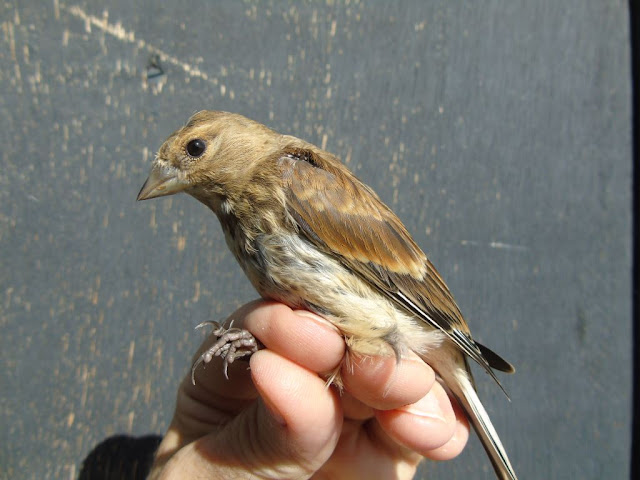