The westerly blow overnight and heavy showers persuaded some observers that it was worth a seawatch today and they were proved right. 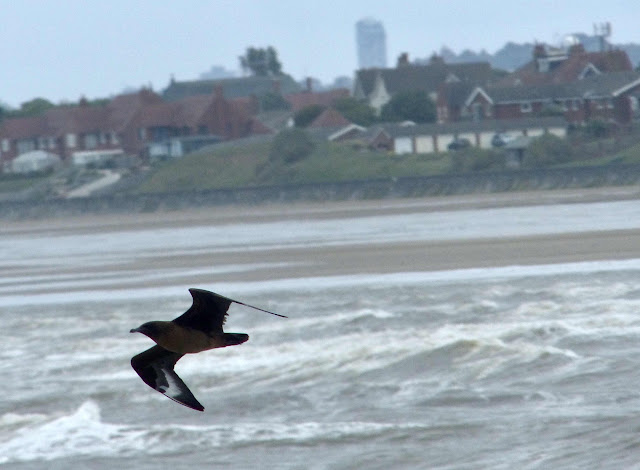 The morning started well again with the Bonaparte’s Gull showing in its ‘usual place’ on the east edge of the gutter before the morning tide flooded the gutter and it was lost to view. However, it was refound late afternoon after the tide had receded.
As observers from the mainland travelled over theee Arctic Skuas moved menacingly up the estuary passing Little Eye and up the reef occasionally turning to harass a Sandwich Tern.
The seawatching began from the Obs balcony when two Fulmars glided past the North End - two more were seen during the seawatch. 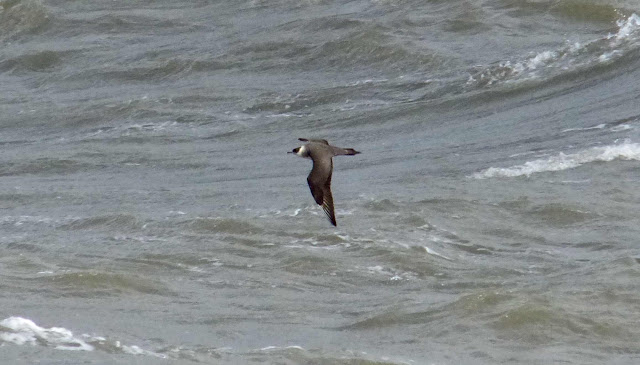 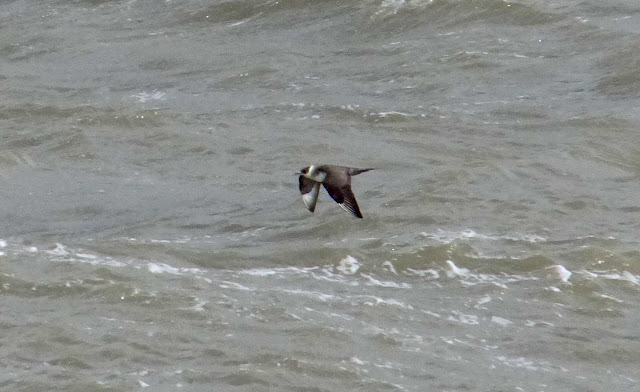 35 Arctic Skuas were counted for the day (and this included several harassing the terns off the North End for some time) and 4 Bonxies (Great Skuas) powered through including a bird first spotted from the Obs who alerted the seawatching hide allowing observers to watch it fly over the old lifeboat slipway below the hide! 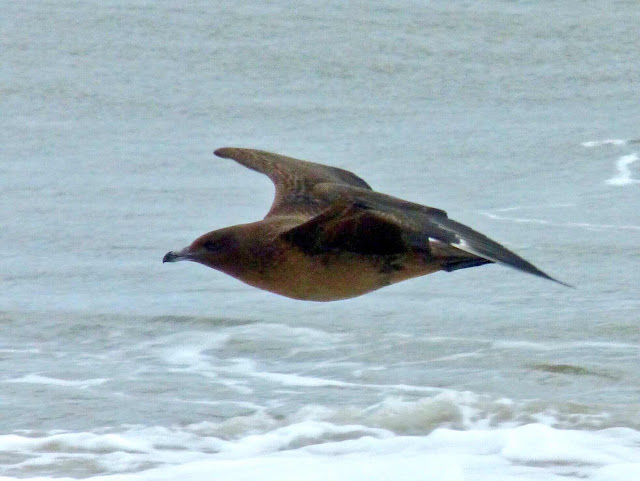 56 Manx Shearwaters were noted along with 490 Common Scoter, 5 Razorbill and 9 Kittiwakes. 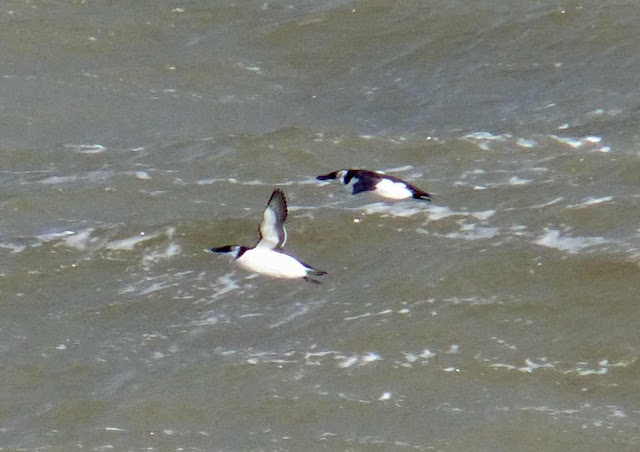 Terns were well represented with c1,000 Sandwich again noted, along with 35 Common, 25 Little and the first six Black Terns of the autumn. For a brief video see   https://youtu.be/DiUy142NV5s Including one roosting late afternoon on the East Hoyle sandbank. 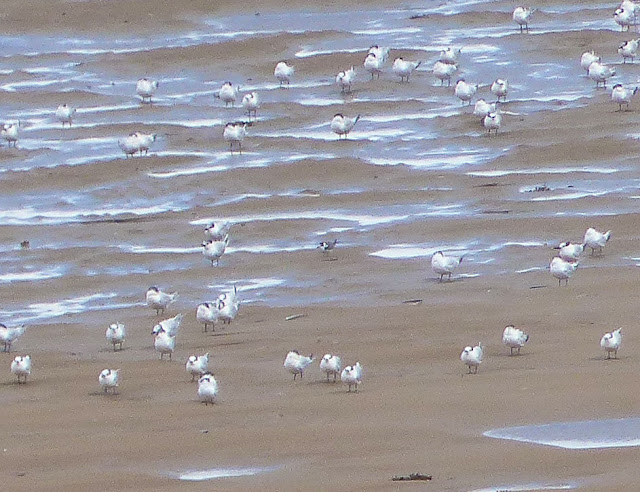 Some of the Sandwich Terns were colour ringed. 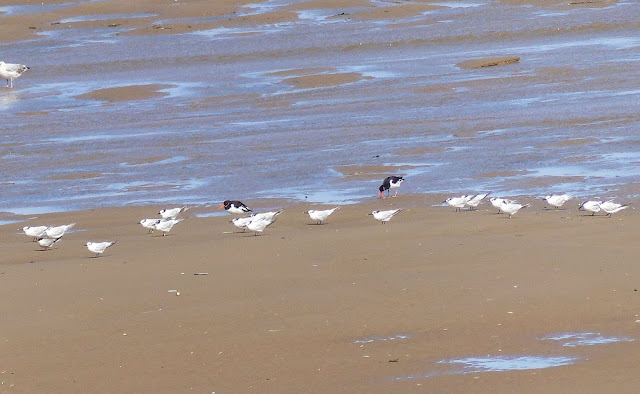 A couple of Willow Warblers defied the weather (including one bird singing in the Obs garden!) but there was little else of note passerine wise.
Small numbers of waders were noted including 8 Whimbrel, 14 Redshank and 3 Bar-tailed Godwit and the immature drake Eider remained around the islands during the day.
The day ended with a stunning sky ... a great start to the bank holiday weekend at the Obs. 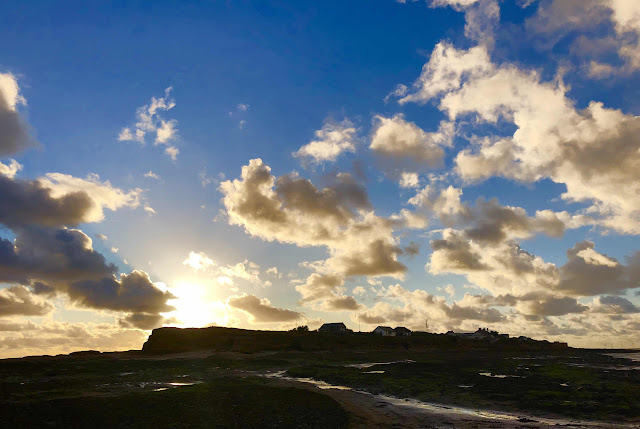