Weather:W force 2/3  cloudy at first, brighter later, cooler
The Bonaparte's Gull showed early before the tide flooded the gutter, but otherwise the island was fairly quiet for much of the morning until a Garden Warbler was trapped, which was possibly the bird from Tuesday as it showed extensive fat reserves consistent with feeding up for a couple of days. 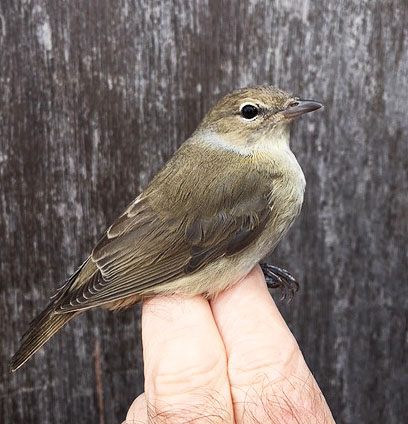 The sea was quiet, just 3 Gannets seen early, also 6 Common Scoter, while the Sandwich Terns may now be slowly declining, maybe 800 estimated today. A juvenile Kittiwake flew south down the east side at around high tide and at about the same time a Peregrine cruised around Middle putting up some of the small waders but failing to phase the Oystercatchers. 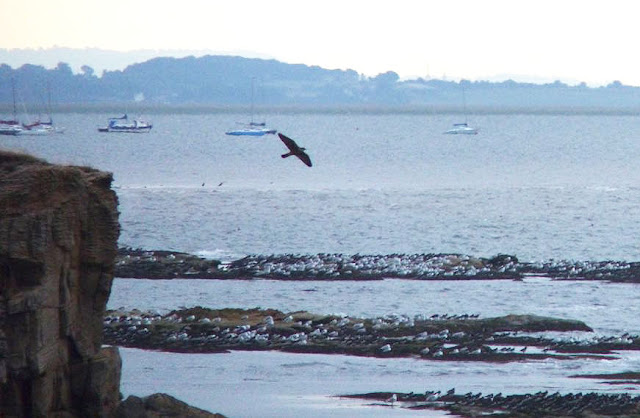 Swallows numbered about 60 from the roost and 4 House Martins joined them briefly later.
In the late morning a Whitethroat and  four Willow Warblers arrived at the south end probably new birds in addition to the 2 Willow Warblers earlier in the paddock areas. Such events are definitely not normally expected on a fresh Westerly breeze. 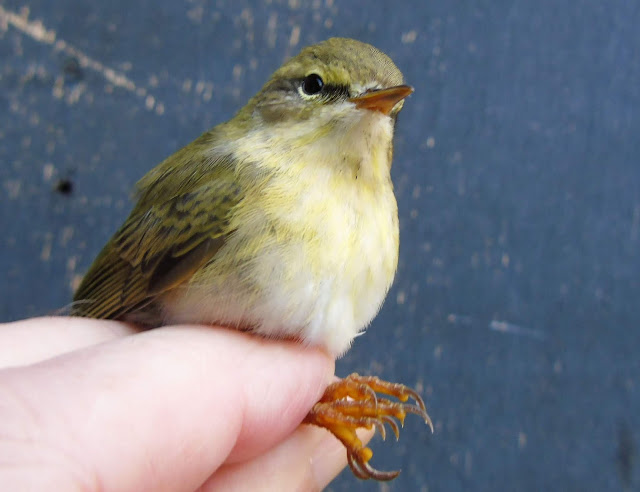 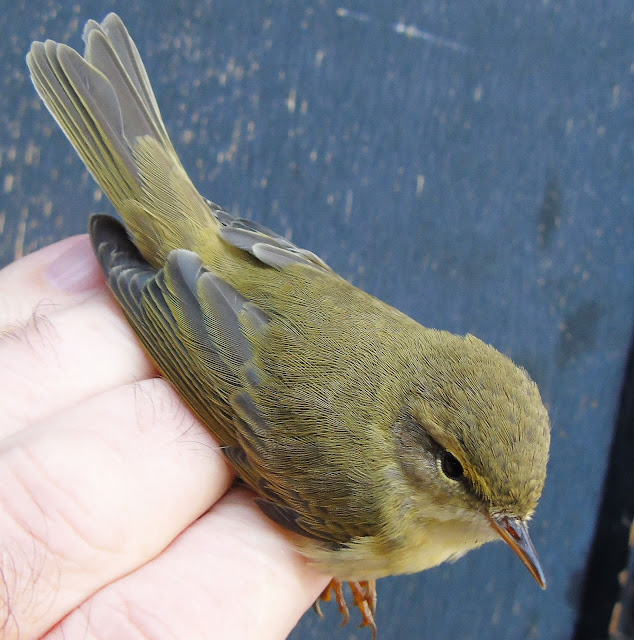 Among the waders were 300 Dunlin, 32 Ringed Plover, 29 Curlew, 10 Turnstone, 12 Redshank and 12 Whimbrel, included 9 flying together at noon. Three resident Dunnocks and 2 Pied wagtails showed and 40 Linnets were the sole finch species today. The Eider was off the east side most of the morning. The tide deposited a dead Grey Seal between the main islands. 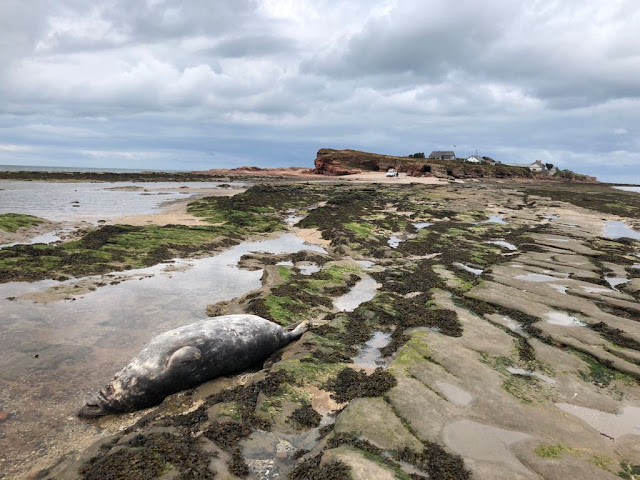 Another Comma butterfly basked in the late morning sunshine in the obs garden. 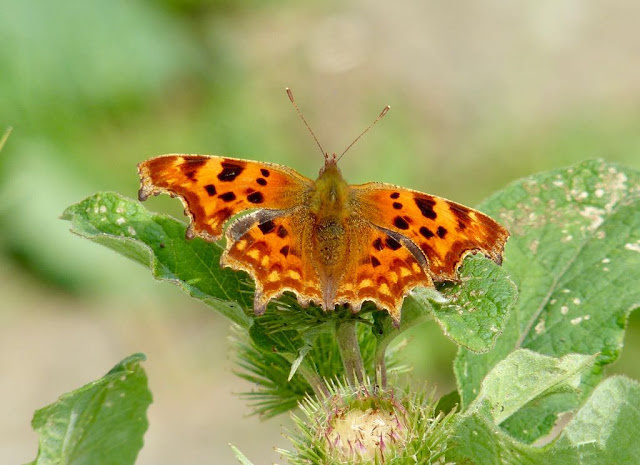