Weather: W force 0/1  humid and cloudy at first clearing to sunshine
The first small fall of autumn warblers graced the island this morning, namely 9 Willow Warblers, 2 Whitethroats and a Garden Warbler, with another 5 Willow Warblers dropping in just before noon. 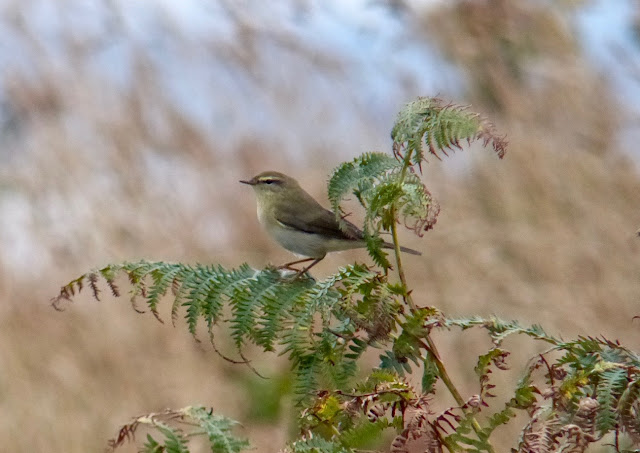 Ten Wheatears were mostly on the west side, more than we have seen so far this autumn. 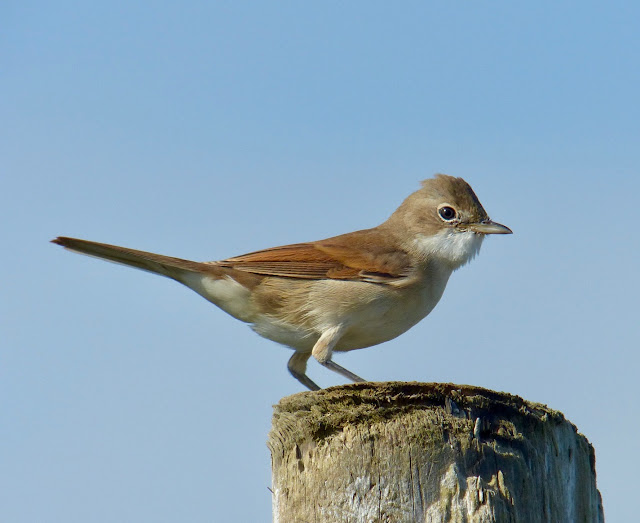 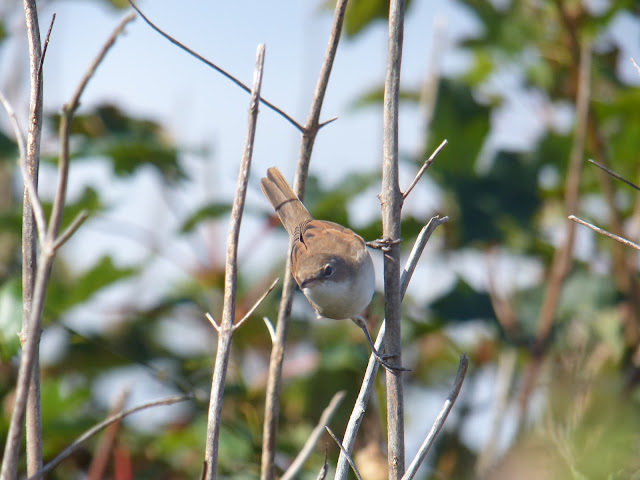 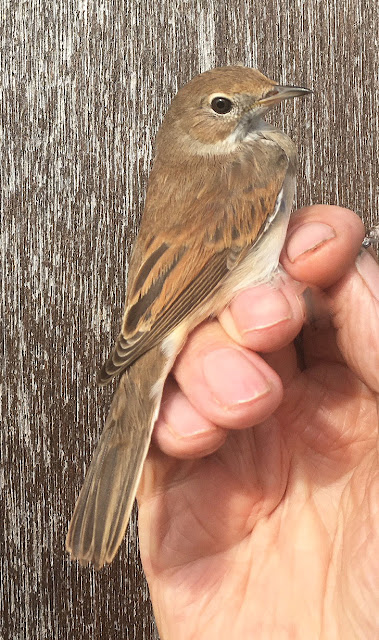 Swallows were again numerous, 70 or so with 12 House Martins also paying a visit. Calm waters and bright sunshine encouraged observers to peruse the sea where a couple of Harbour Porpoises swam off the west side and at least 3 Arctic Skuas chased the many terns, including upwards of 1,000 Sandwich Terns. 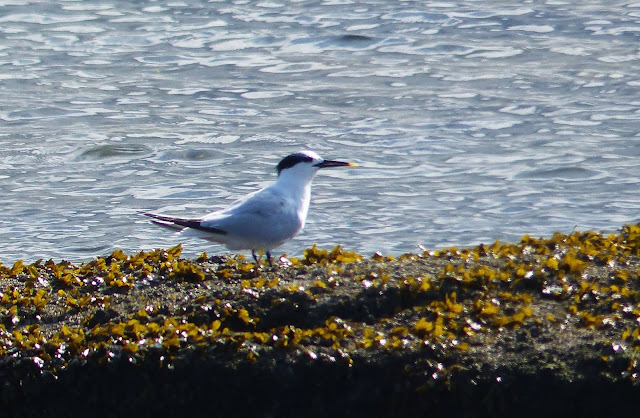 Others on the sea included 5 Guillemots, 14 Common Scoter and about 50 Gannets. 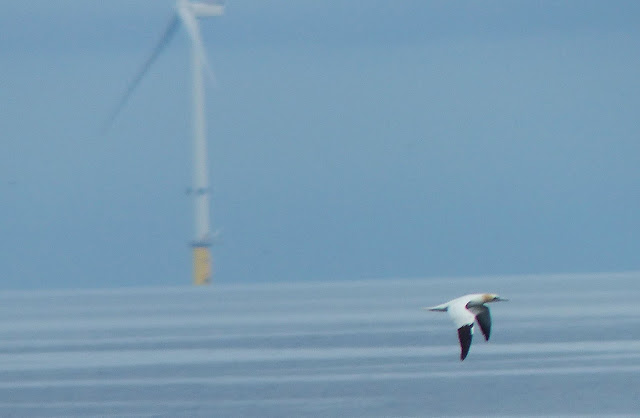 Among the many small highlights this morning were 6 Black-tailed Godwits flying west to Wales, 5 Teal flying south down the Dee and another sign of autumn in the form of a flock of 7 Common Snipe which flew in and landed between the islands to feed, while our old friend the immature Eider drifted closely passed the obs garden on the tide. A Peregrine dived into the roosting waders on the east side of Middle. At least 7 Little Egret were about. 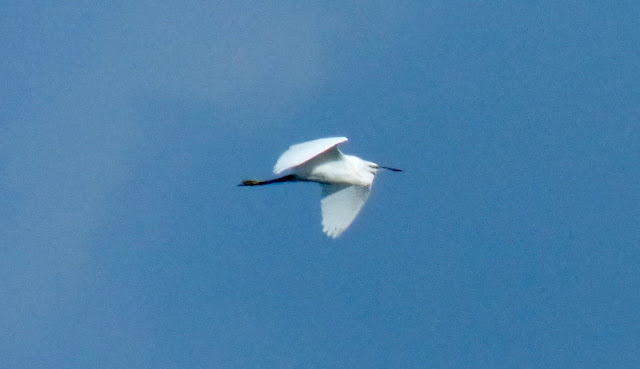 Just after noon as the gutter drained of water the Bonaparte's Gull's favourite feeding place became uncovered and sure enough it arrived on cue to feed and give pleasure of any that had not seen it.
Three Comma butterflies may be a record count for the island. 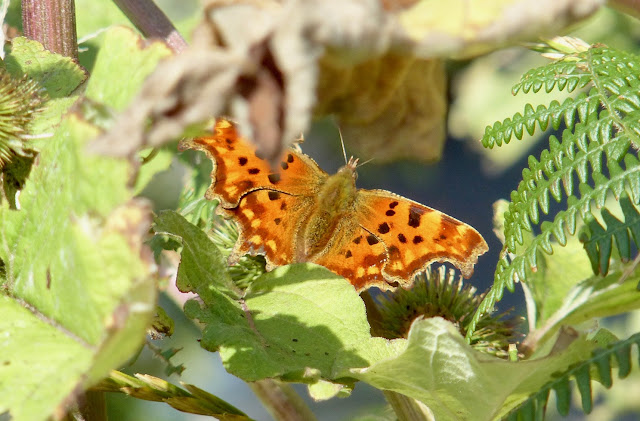