The Eider on the west side of the island. 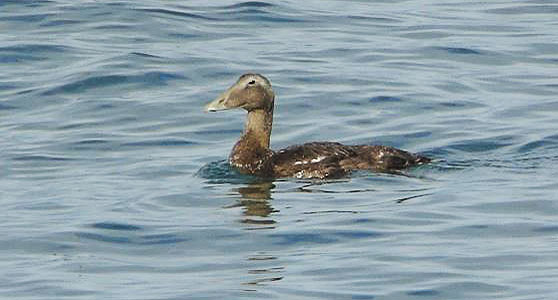 There were lots of gulls and terns and good numbers of Oystercatchers, Dunlin, Ringed Plover and a few Turnstone.
At the north end the body of a seal pup was on the rocks that could not have been very old when it died and had not been dead for more than a few days. It could not be a Grey Seal as they do not pup until October so it will be a Harbour (common) seal. So that seems pretty good evidence that we have a small group of common seals in the Dee.
A very young Meadow Pipit was ringed.     [ 442-31 ] 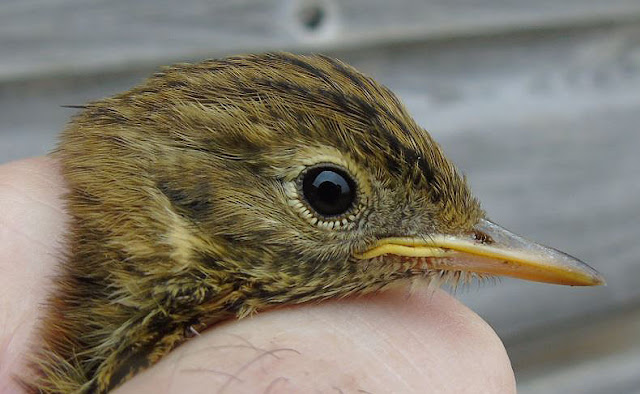 A Greenfinch was a surprise visitor at this time of year.
photos JE