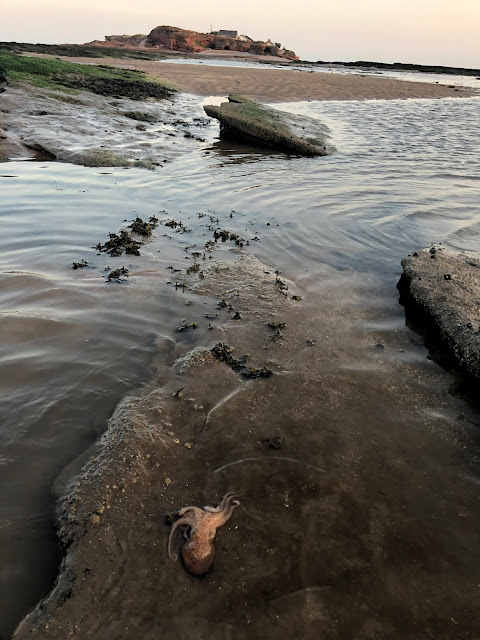 It was just too clear this morning to produce much but the promising wind direction did produce several first records for the autumn and an interesting mix of species for late August. 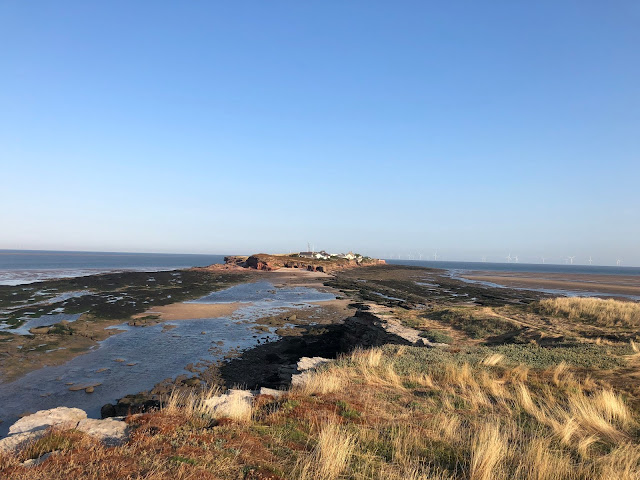 The first Chiffchaff of the autumn joined a single Willow Warbler in the Obs garden.  Small numbers of Meadow Pipits moved through and the first Grey Wagtail was noted along with 5 ‘alba’ wagtails.  A single Wheatear was seen along ‘Pete’s Path’ (the west side path) and the much anticipated August Greenshank was heard calling around the gutter at the South End. 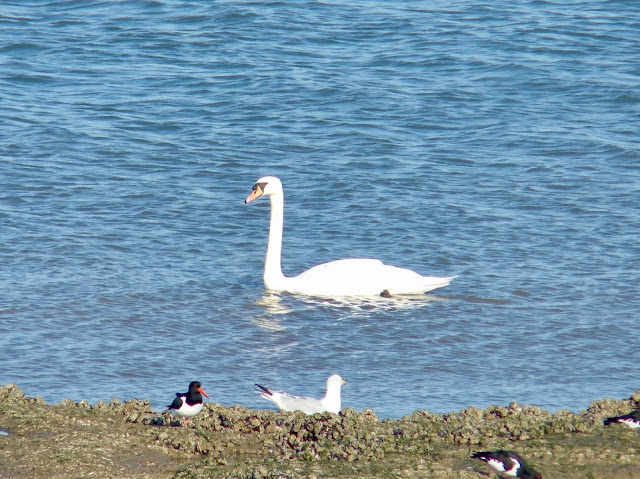 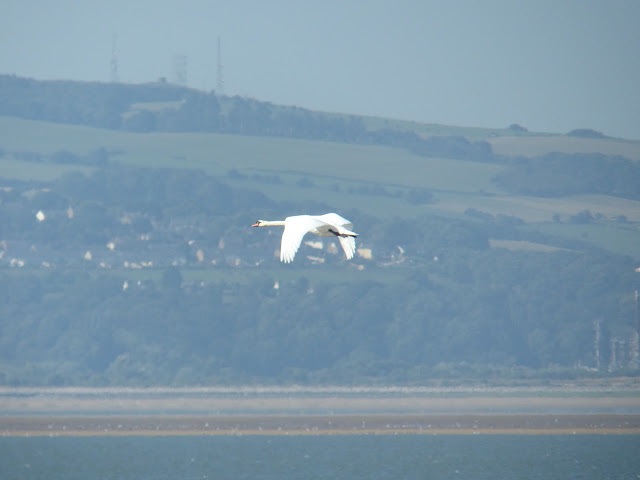 The immature Eider was as expected around the ‘whaleback’ and the North End, much less expected was the Mute Swan which flew out the estuary up the west side and landed off the whaleback where it swam for some time before later, presumably the same bird, was seen on the beach west of Little Eye before it flew off south towards the Tanskeys.

A single Raven headed north west before reappearing flying low over the Cox’s and Whitely’s bungalows. 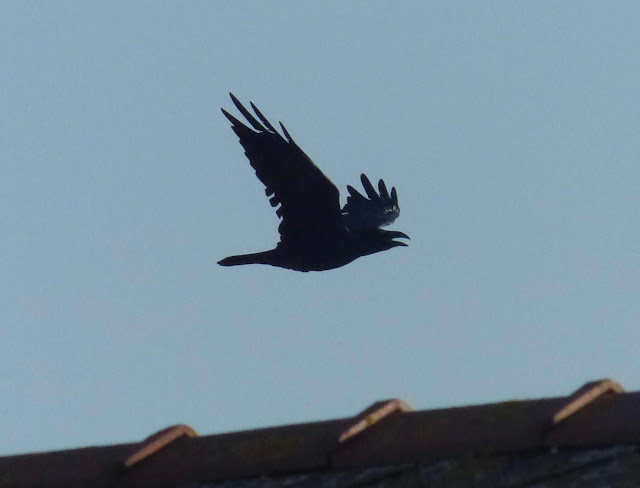 A huge female Sparrowhawk caused some concern when it was seen only briefly by observers in the trapping areas but fortunately it was seen better by another over Middle Eye as it too flew off south.

The highlight of a lovely day at the Obs was the discovery and rescue of a Curled (or Lesser) Octopus found on the tideline by a member and released in tidal rock pools between the islands where it recovered very quickly.  Clearly, these quite remarkable creatures can survive ‘out of water’ for quite some time (as long as they are moist) by using diffusion through their skin. 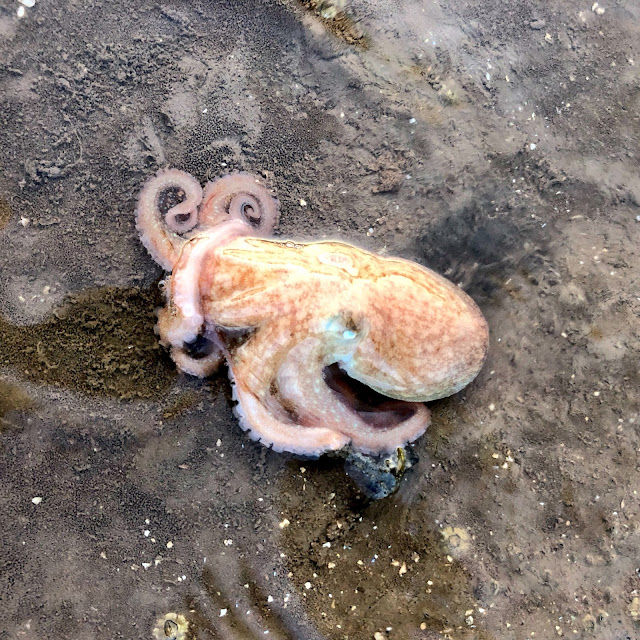 Once back in saltwater however its gills quickly activated and no doubt its three hearts were pumping away as it changed colour a couple of times before settling on the sandy colour of its background where it blended in - a true master of disguise. 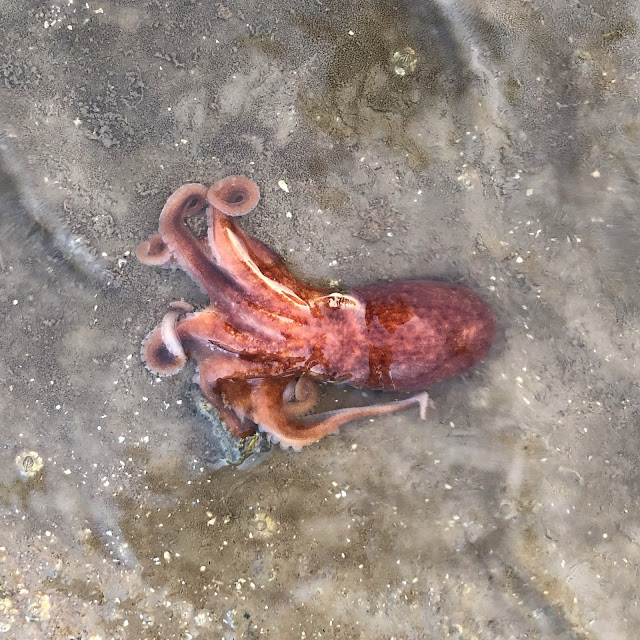 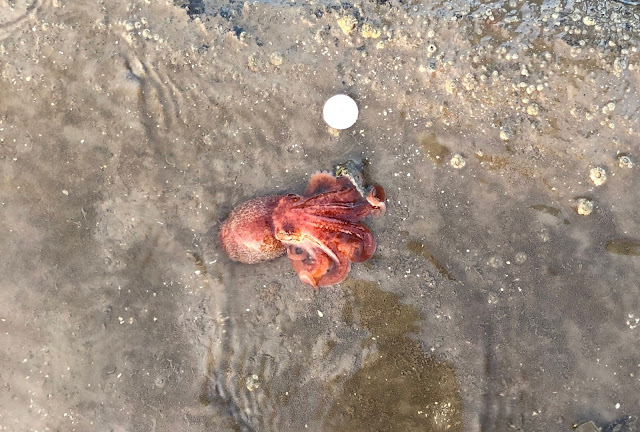