Weather: S force 1,  cloudy and humid
A short visit this morning confirmed that the hoped for autumn fall of warblers had not taken place, there were just 2 Willow Warblers present and a Wheatear moving around the island. The surprise today were 44 House Martins dropping in at the south end and then many were seen feeding while clinging to the wall under the eaves of the Buoymasters House, while 25 Swallows flew about the island. 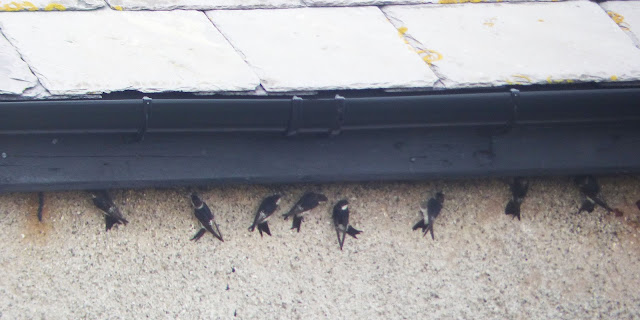 The Bonaparte's Gull was not seen, but may still be here as the gutter was still flooded near to the obs. An estimate of the Black-headed Gulls came to an astonishing 3,000 with over 1,000 Sandwich Terns and 150 Common Terns and 4 Little Terns that flew low over the obs garden. An Arctic Skua chased terns briefly off the west side. Others seen this morning were 5 Little Egrets, 18 Grey Plover, 2 Whimbrel, 3 Bar-tailed Godwits.
Several Small Whites and a Red Admiral were the only butterflies, but a Migrant Hawker dragonfly suddenly appeared in the obs garden, resting on a concrete fence. 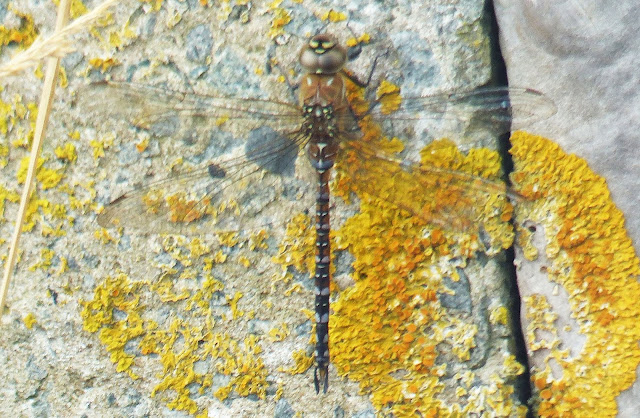