Despite the wind turning to the south overnight, there was no passerine migration noted at all today.

The focus was therefore predominately on gulls, terns and waders.  The Bonaparte’s Gull was still present off the east side on the gutter edge early morning and an adult winter Mediterranean Gull was also seen early morning (before the tide). 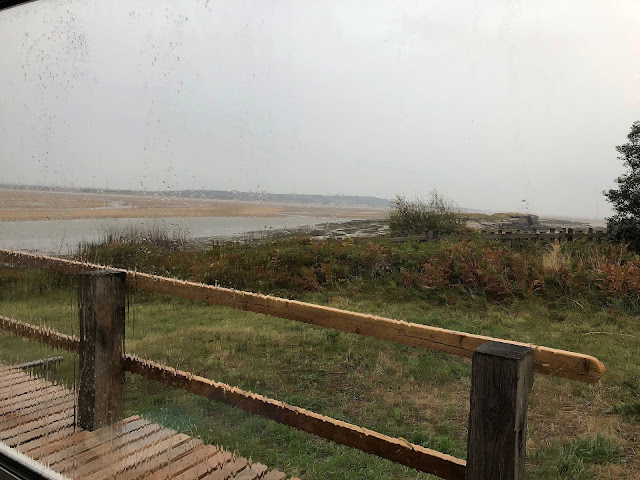 The afternoon was beset with heavy rain but observers were not deterred and the ebbing tide tern roost remaines impressive (and could be watched from the relative shelter of the Obs veranda) with 800 Sandwich estimated along with 120 Common, 12 Little and 5 Arctic Terns were noted.

The highlight of the day was two Ruff seen flying over the Obs heading south west.  A scarce sighting but a typical time of year for this species at Hilbre Islands LNR.  A single Peregrine rested on the sandbank opposite the Obs. 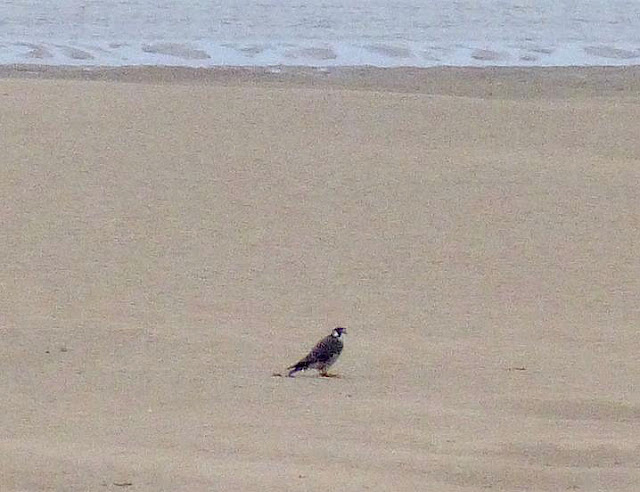 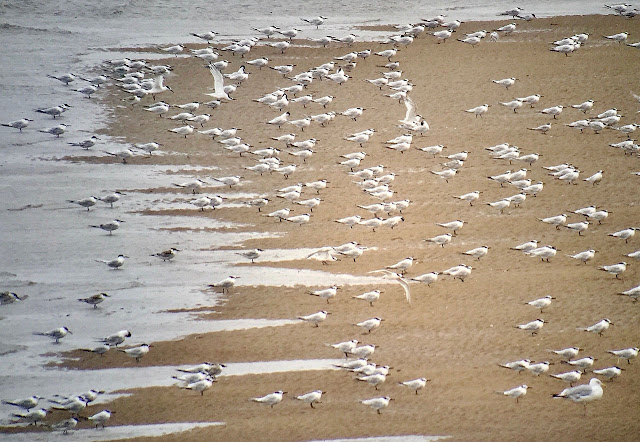 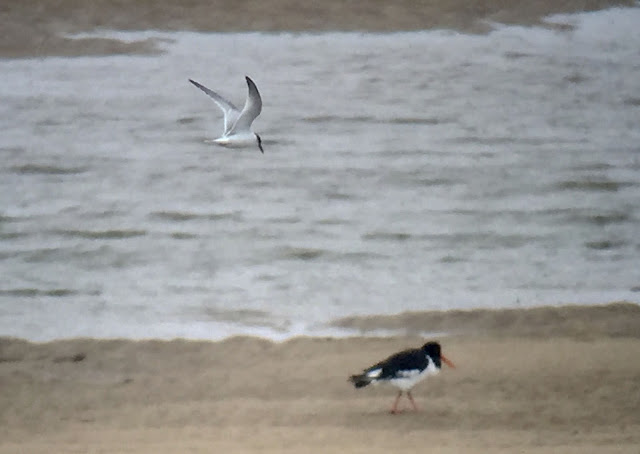 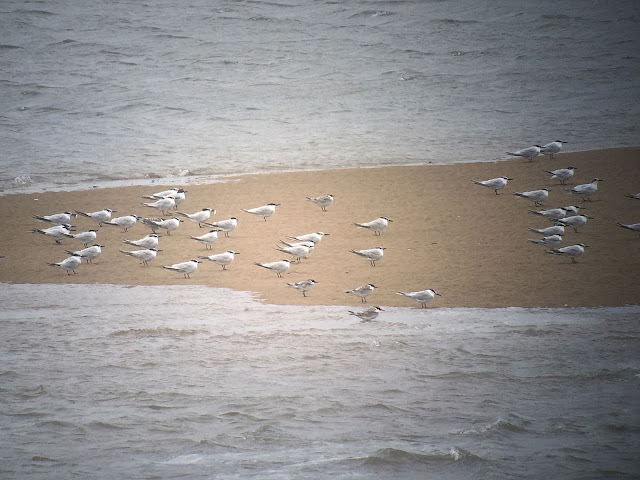