Weather: NNW force 1/2
A basically quiet day, one of the main talking points was the number of Sandwich Terns around the estuary, 700 or so were noted on the way to the island and another 300 at the north end at the same time, along with 25 Common Terns and about 400 Black-headed Gulls. Other shore birds today were 7 Whimbrel, 3 Little Egrets and 3 Grey Herons sitting together on the beach. 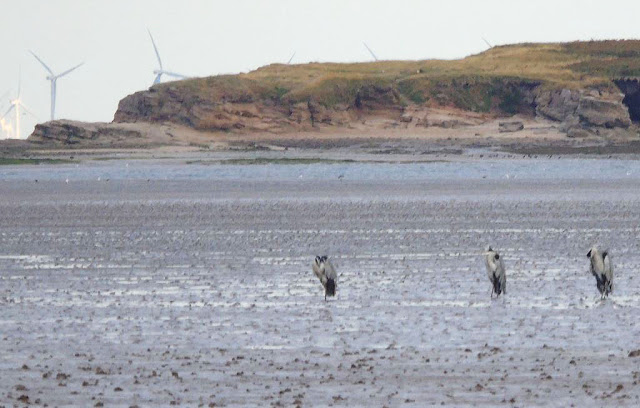 In the paddocks this morning was a Willow Warbler (later caught for ringing) and a Chiffchaff that was trapped and amazingly found to be an individual that was ringed here on 2nd July this year. It seemed to be completing its main moult and presumably has been here all that time whilst evading capture. It is very unusual for a migrant warbler to stay that long on the island. 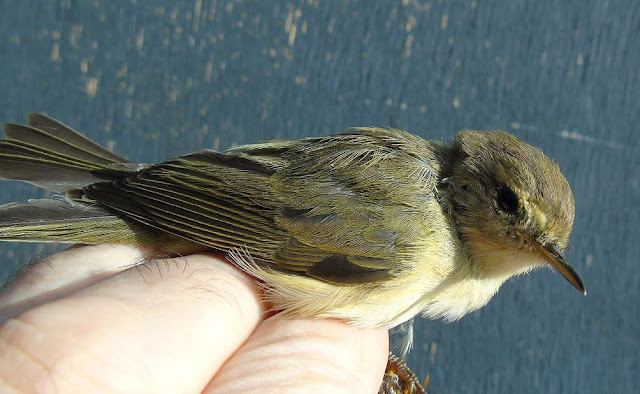 A sea watch was not very fruitful but did note 11 Gannets and an Arctic Skua along with a distant skua species which was thought to be a Long-tailed. Skuas in general have been scarce at Hilbre this summer and early autumn. Not as many Swallows today but still over 20 on the island. An indication that the breeding season is now near its end is this retrapped Meadow Pipit half way through its post breeding main moult. 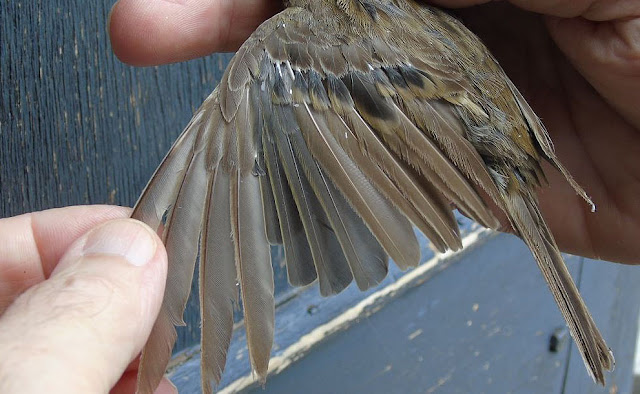