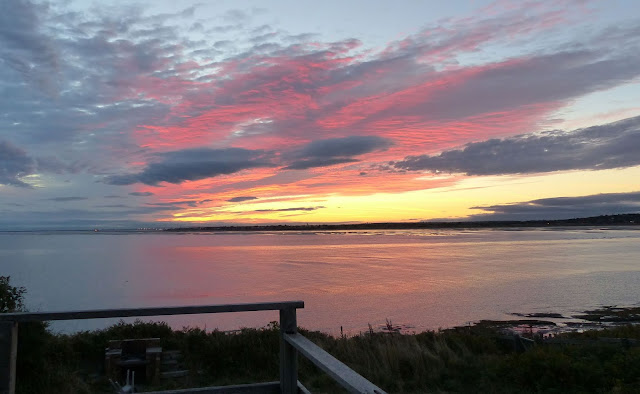 Just 2 Willow Warblers were again present today until just after 8am when a Whitethroat popped up in the obs garden, but dropped down before a photo could be taken, what was presumably the same bird was in the same place at 8pm ! A juvenile Robin was seen and may have been the bird heard yesterday, has it made the short hop from the mainland or have Robins bred secretly on the island? 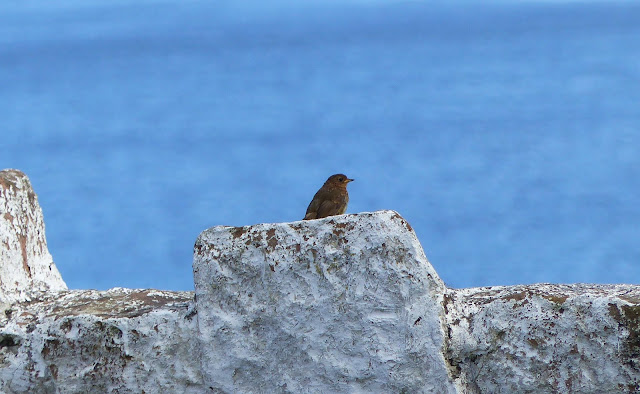 Juvenile Wrens are also in evidence and Wren, Meadow Pipit and Dunnock are all still singing 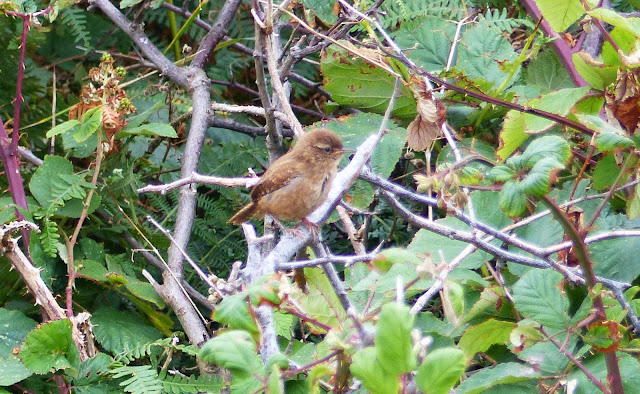 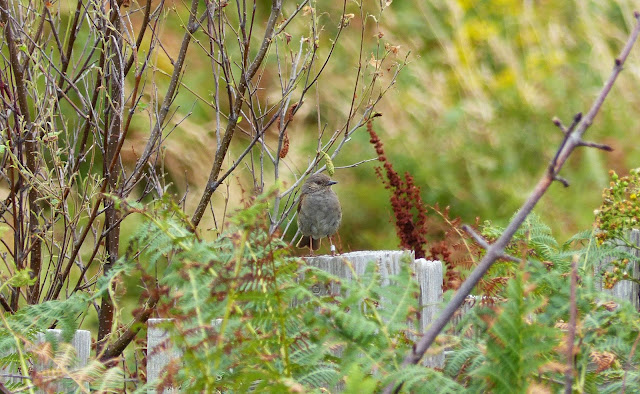 And of course the Linnets are still numerous. 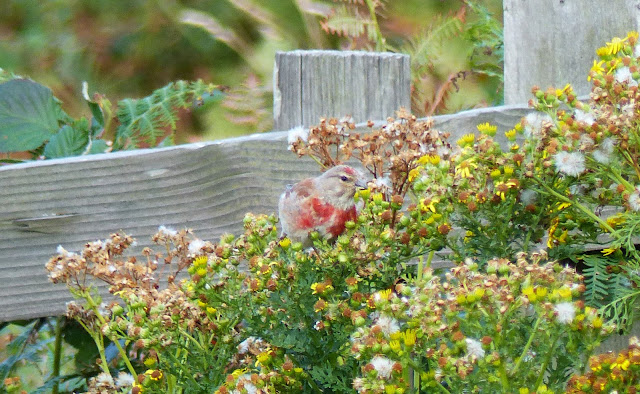 A Common Scoter was around the island and the Eider is still to be found at the north end. The end of the day held a surprise when 16 Black-tailed Godwit came down on the north shore near the terns, most of them in fine summer plumage. 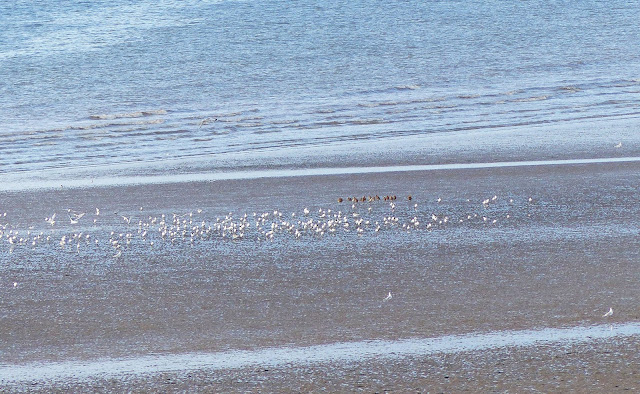 photos AS
Posted by Colin Jones at 14:18