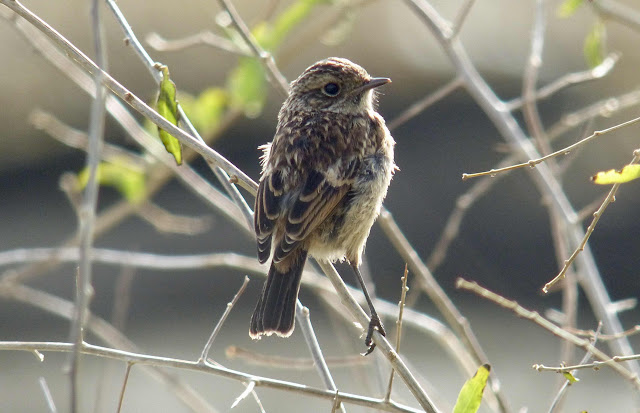 The day began with the reappearance of presumably the same juvenile Stonechat on the island as seen on Monday.  The semi-resident immature male Eider was still present but there was no sign of the female present on Sunday and Monday.

78 Shelduck were between Little Eye and the Tanskey Rocks in the morning.

A Peregrine was seen to take a Guillemot and kill it on the beach and then defended its prey as the tide rose.  This may explain a recent spate of headless auks (Razorbill and Guillemot) found on the tideline, as the Peregrine devoured the Guillemot's head (presumably the brains) but left the corpse as the tide flooded; nature at its rawest!

A partially leucistic Oystercatcher was present on the shore off the North End with a whitish head (see below left) - certainly much commoner in Oystercatchers at Hilbre than Dunlin (see 7th September 2018). 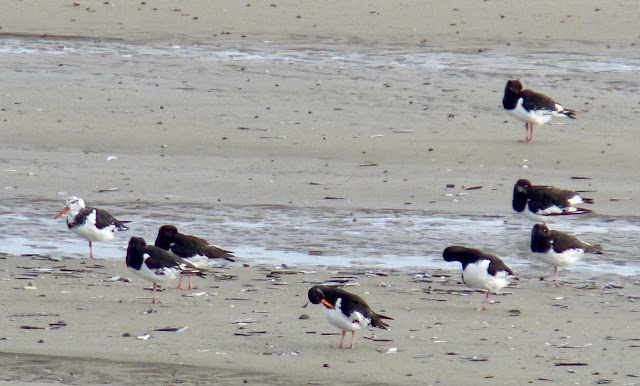 Despite the weather not being particularly conducive for a good seawatch effort was made as usual and was rewarded with a close in Manx Shearwater, single Red-throated Diver, 6 Kittiwakes, a single Fulmar, 22 Great Crested Grebes and good numbers of Common Scoter (c120 but most were distant).  Meanwhile, the 'Widnes' colour-ringed Herring Gull can usually be found near or in ‘egret flash’ and today was no different. 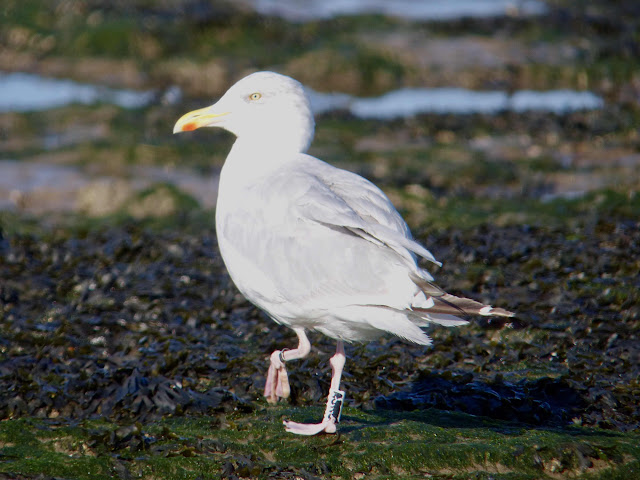 During the afternoon six Wheatears appeared including a single bird on Middle.
Posted by Hilbre Steve at 20:15