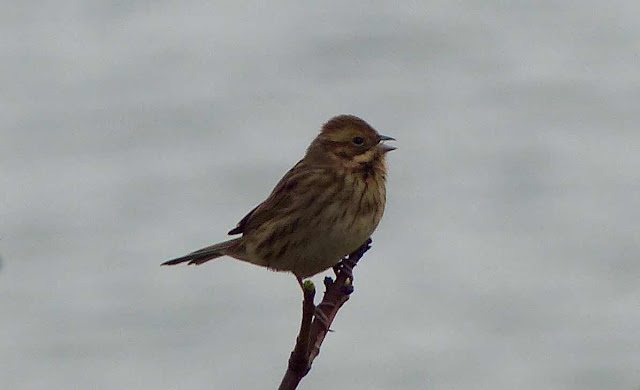 A much calmer day weather wise and the call of a Reed Bunting quite early raised hopes of a productive day and there was indeed a better variety of birds than of late. The Reed Bunting was thought to be a fly over but a short while later was heard calling from the south end, eventually moving into the Obs garden where it was seen for the first time and photographed. 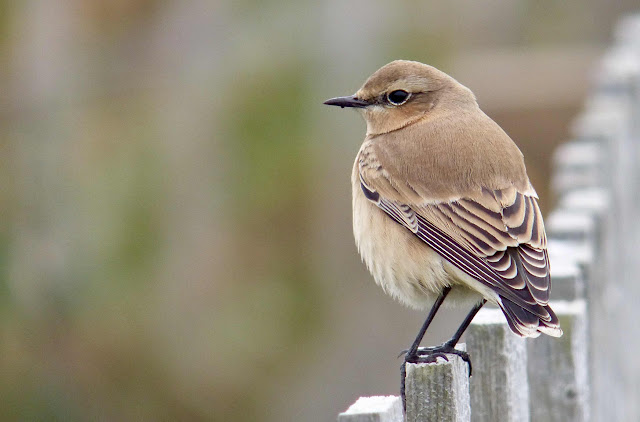 There was a small passage of Linnet and Meadow Pipit along with 2 Swallow and the first Rock Pipit to be seen for a while also arrived. Just ahead of a rain shower 10 Goldfinch came down in the SK paddock, moving to shelter in the Pittosporum as the rain became heavier later. Four Wheatear were about the islands with one very confiding bird in sparkling plumage on the bungalow fences. 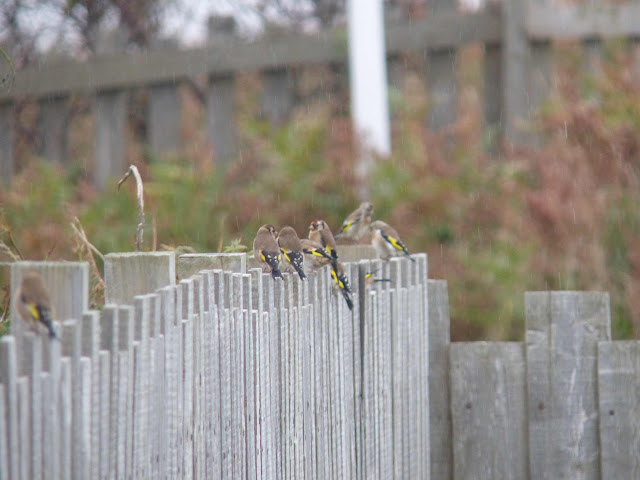 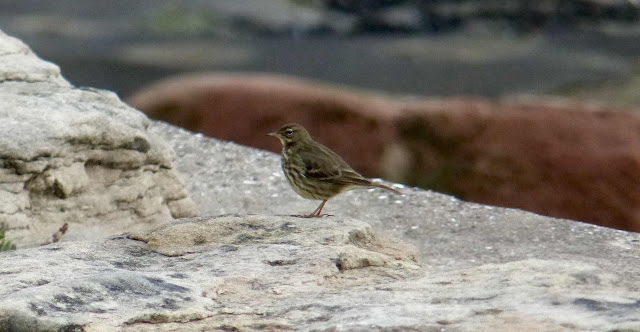 There were 51 Shelduck on the sand between West Kirby and the islands, 5 Wigeon flew west passed the North End and the Eider was between the islands along with a female Common Scoter (another 600 moved west out to sea). Also on the sea were 2 Red-throated Diver (one in summer plumage), 7 Great Crested Grebe, 5 Guillemot and 2 Razorbill, Tern numbers were low. 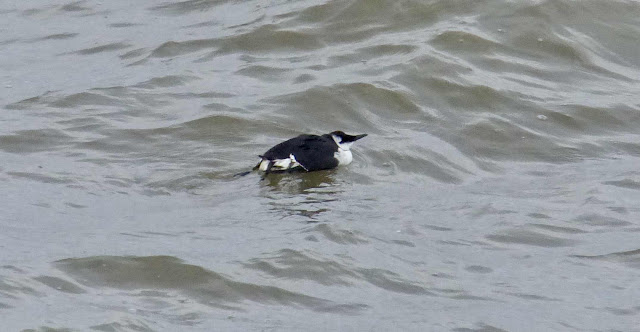 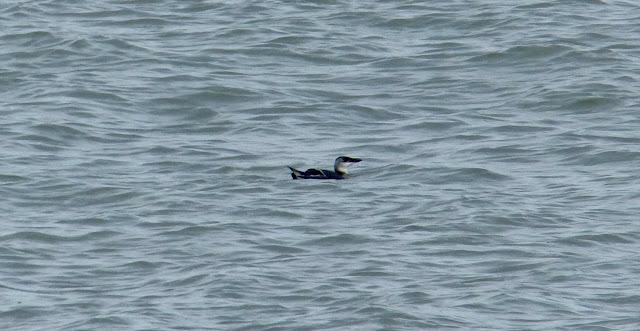 Grey Heron numbers were greater than Little Egret today (9-2), unusual of late.  A Peregrine was around the islands and a surprise was a Raven which appeared over Middle and upset the local Crows as well as putting up all the gulls. 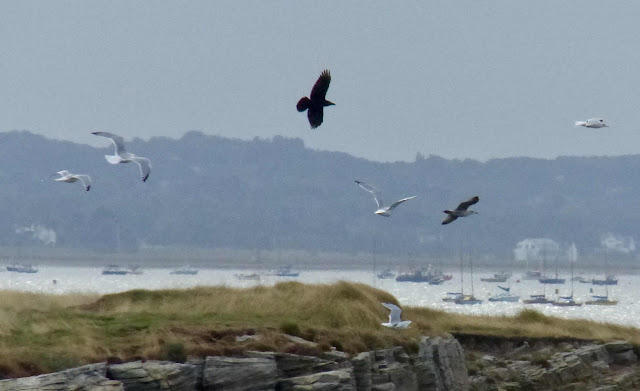