The Eider was joined by three Teal briefly in the Gutter and a single each of Common Scoter and Great Crested Grebe were at the North End. 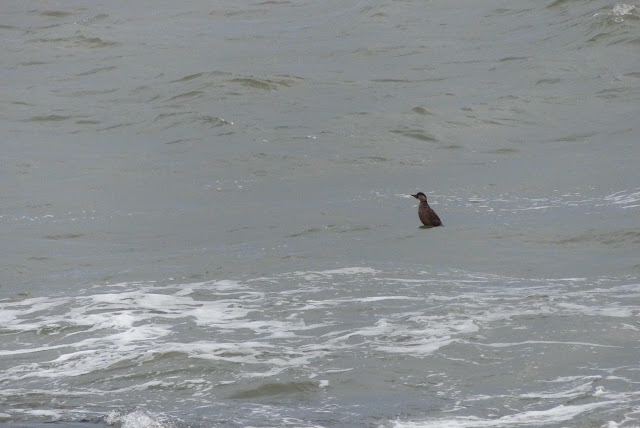 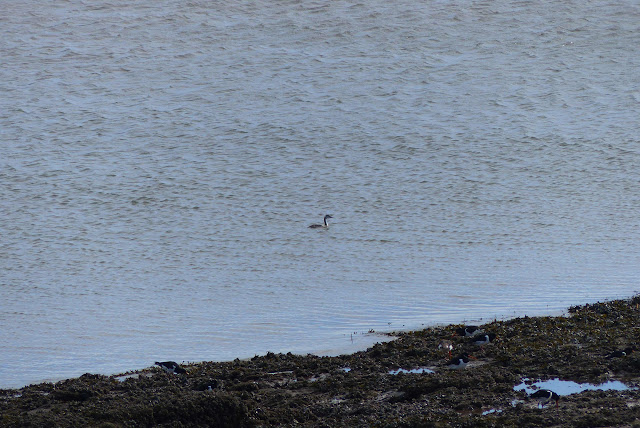 Cormorants on the sandbanks and around the islands numbered 320. 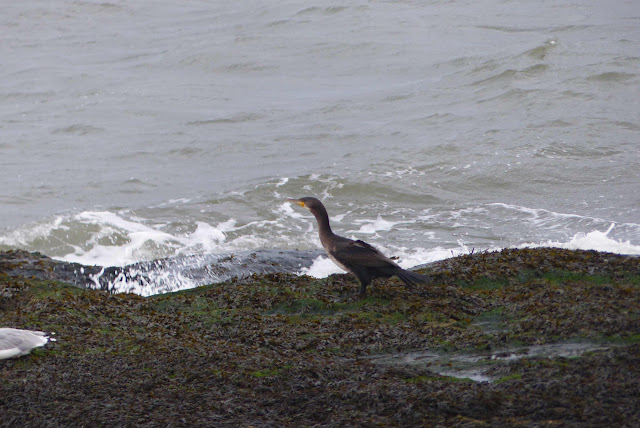 Only two Little Egret were present today with 105 Curlew and Ringed Plover, Knot, Turnstone and Redshank in small numbers.

Very few passerines were on or over today but a single Swallow and two Wheatear were amongst them, one of the Wheatears spending some time around the Obs where it was photographed through a salt-sprayed window. 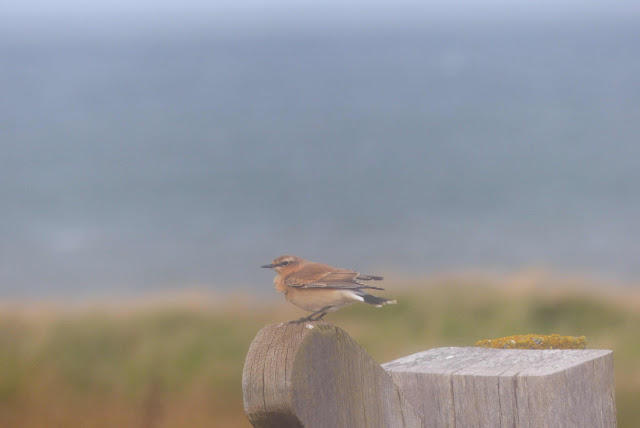 Photos by AS
Posted by Hilbre Steve at 21:29