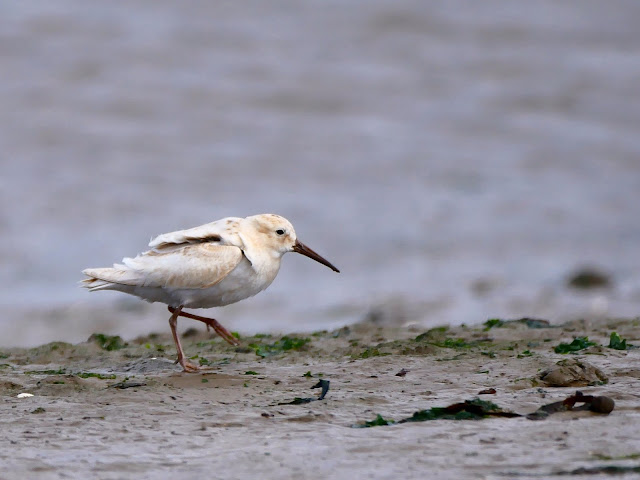 Overnight winds had observers heading to the island for a seawatch more in hope than expectation as it had not blown for long and was not 'that strong'.  Five Wigeon on the flooding tide edge below the Obs was a nice start to the morning. 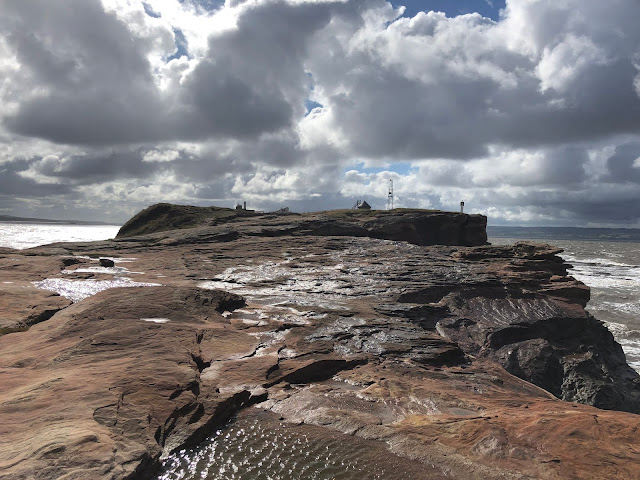 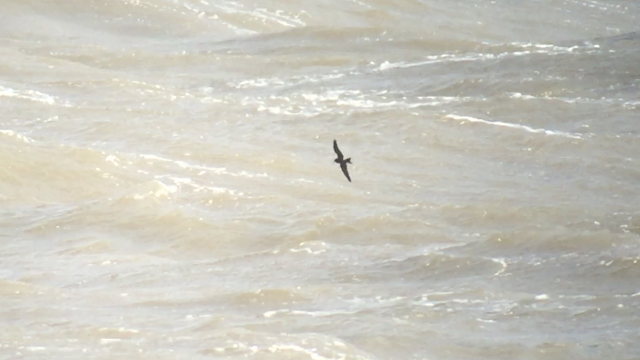 However, the effort was rewarded with the highlight of the seawatch from the North End hide being the first Leach's Petrel of the autumn which was sat on the sea off the North End for some time before it seemed to gather itself and flew off (video grab above from the video below).


A single female type Velvet Scoter was noted along with a good number of its commoner brethren (c400), a couple each of Gannet, Red-throated Diver and Manx Shearwater.  There were also three Razorbills and three Arctic Terns noted along with 200 Sandwich, 12 Common and 2 Little Terns. 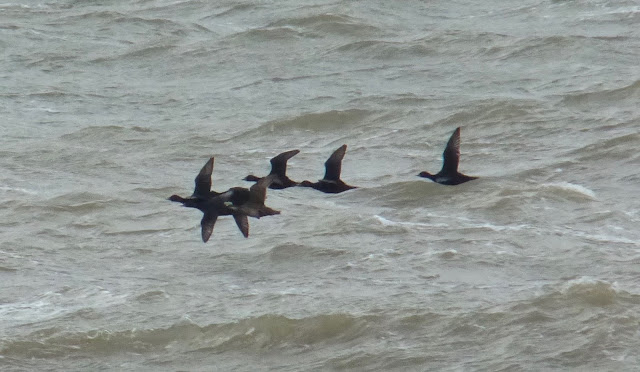 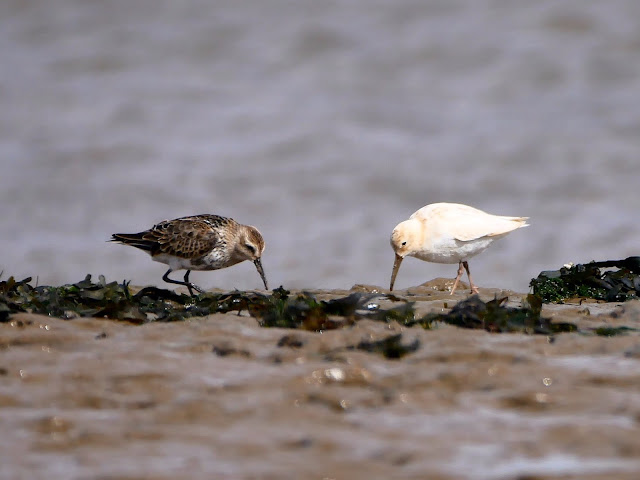 Surprisingly the seawatch was not the highlight of the day though when on departing the island observers found a stunning leucistic Dunlin amongst a small group of Dunlin on the muddy margins of the gutter between Middle and Little.  This bird being almost certainly the same bird seen at the Donkey Stand Flash, Parkgate on 18 August 2018 by RSPB Dee estuary reserve manager Graham Jones. 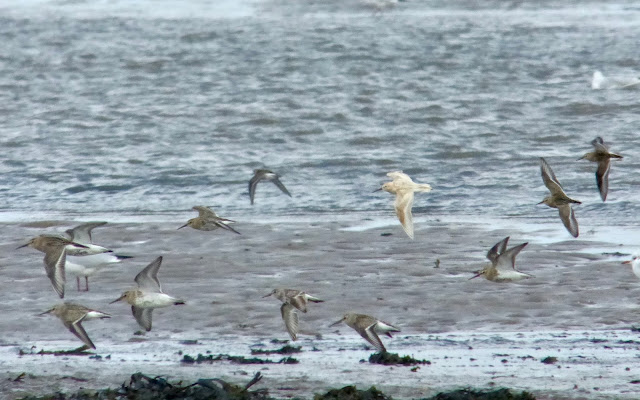 Photos by AMC and SRW
Posted by Hilbre Steve at 21:13