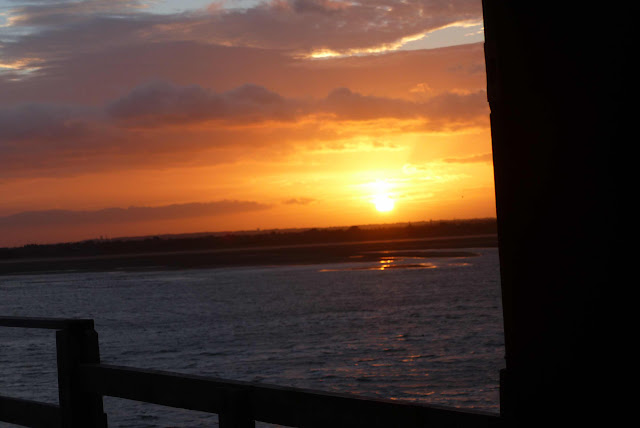 There was a small movement of Meadow Pipit (22) and Linnet (18) as the wind began to increase, also singles of Grey and Pied Wagtail . A Wheatear was on the main island all day and a solitary swallow flew over the paddock.

On the sea small flocks of Common Scoter totalling 193 flew west, 8 Gannets were out by the wind farm, Cormorant numbers have increased to 600. Also noted were 6 Great-crested Grebe, 23 Guillemot and 2 Razorbill, no Sandwich Terns were seen but 23 Common and 4 Little Tern passed the North End.  The Eider as usual was in the Gutter and 2 Shelduck fed in pools on the East Hoyle. 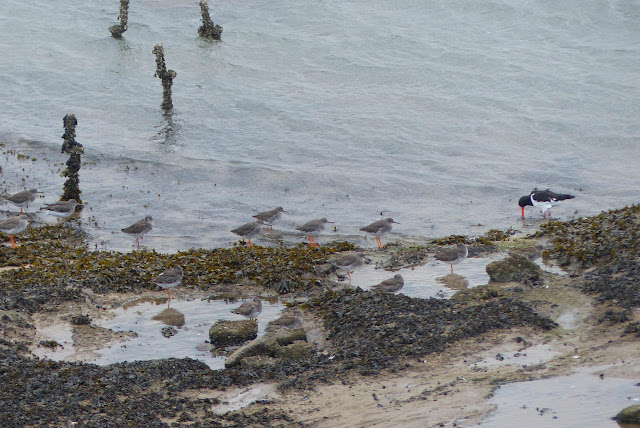 Waders are still thin on the ground but 46 Redshank sheltered by Niffy Bay and 56 Curlew were noted. Three Grey Plover were heard calling early morning, Ringed Plover, Turnstone and Knot were present in small numbers.

A Peregrine hunted around the island before the wind strengthened.

The wind kept the tide in the Gutter up to the south end of the island over low tide today (see photo below). 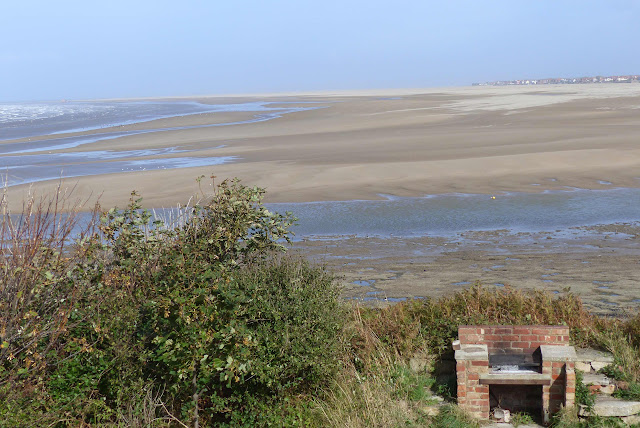 Photos by AS
Posted by Hilbre Steve at 21:30