Weather: SSE 1-2  poor visibility with rain all morning
Shelduck around Little Eye on the rising tide numbered 26, a juvenile Shag was between the islands and on the sea were 60 Common Scoter, 5 Great crested Grebe, 2 Guillemot and the Eider –  which is changing now almost by the day. 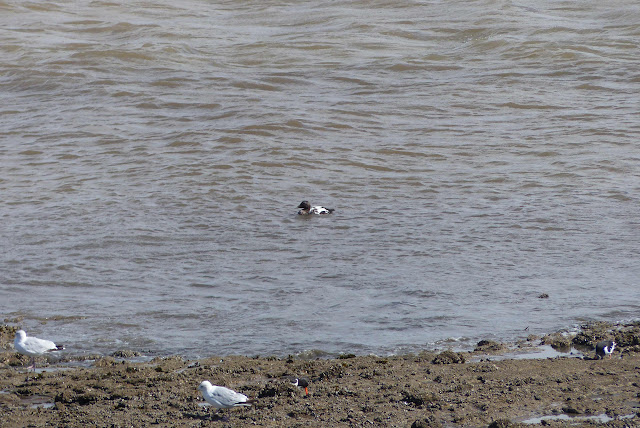 Despite the rain at least 9 Robin were to be heard calling around Hilbre, the singing Willow Warbler was also present along with a second bird and a Chiffchaff. Wader numbers are still low but 200 Dunlin, 25 Redshank, a Bar-tailed Godwit and 26 Turnstone were around the island along with 4 Heron and 3 Little Egret. 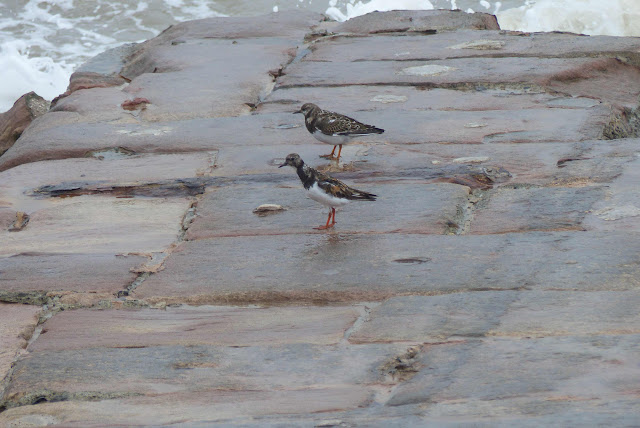 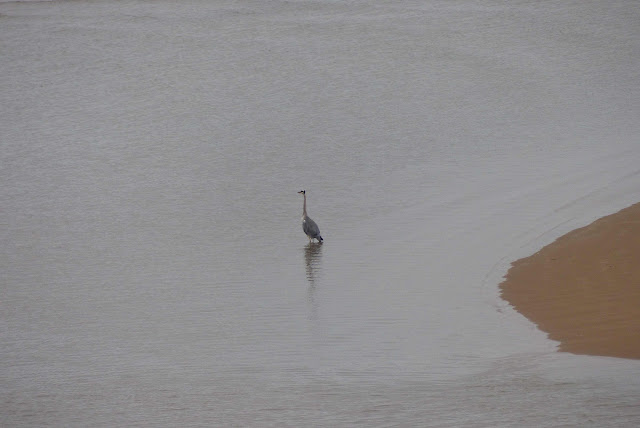 A Reed Warbler was spotted in the Pittospurum, thought to be the same bird as the ‘probable’ of a few days ago, it is moulting its head feathers and has a distinctive look. Three Dunnock were in the obs garden and 16 Meadow Pipits were seen, most moving through.
A surprise was a Sparrowhawk coming in off the sea on the east side and landing briefly on Middle. 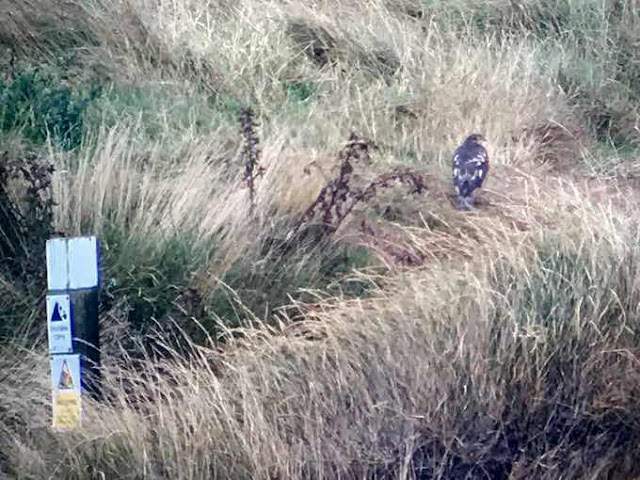 A Peregrine was present around the islands most of the morning and also spent time perched on Middle looking a bit bedraggled in the rain.
photos AEH,AS
Posted by Hilbre Steve at 15:31