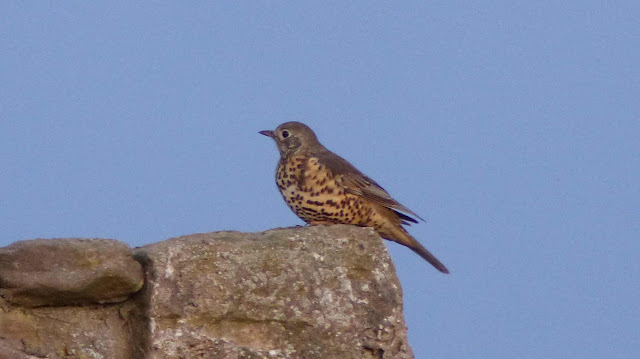 With the wind dropping and observers arriving early there was a sense of expectation in the air this morning and the beautiful skies over the island and Wirral made for a great start to the week. 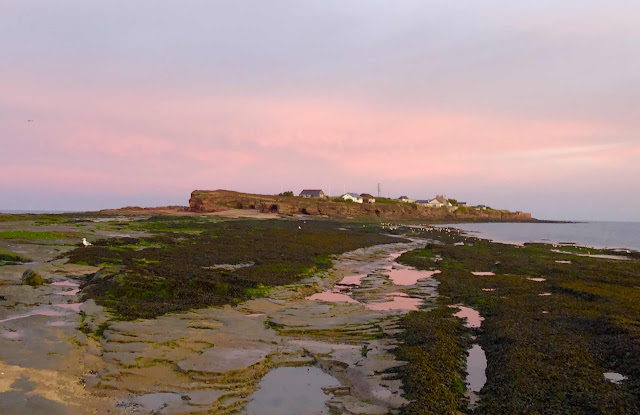 It was definitely a case of quality over quantity though starting with the excellent record of a Mistle Thrush just after dawn in the upper paddock near the Starfish Decoy System Control Bunker (or ‘Air Raid Shelter’ or simply ‘bunker’ if you prefer!).  It momentarily sat on the corner of the broken down shed before flying off.  The first thrush species of the autumn on the islands was a somewhat unexpected species, Mistle Thrush being the scarcest of the commoner British thrushes at Hilbre. 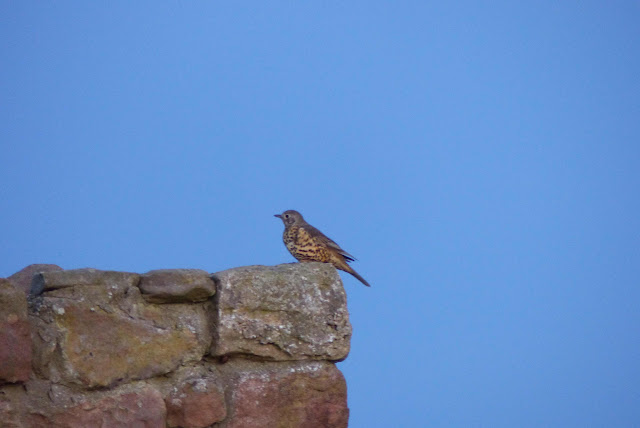 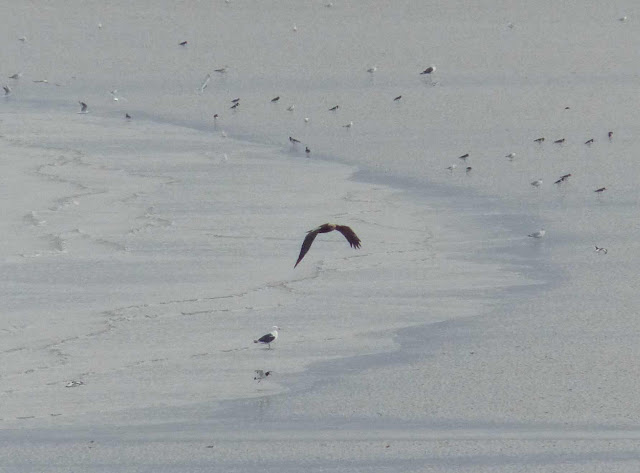 At about 830hrs observers watched a Marsh Harrier heading in along the tideline of the East Hoyle sandbank before it turned and headed south west between the islands.  It was seen to be wing-tagged and found to have been tagged in Norfolk (thanks to @harriermanphil for info on wing-tagged Marsh Harriers).  Unfortunately, the alpha-numeric code could not be read (even from photographs) but it was considered to be a juvenile (and confirmed as such by raptor expert Jack Ashton-Booth - @JABBIRDART) so presumably was ringed in Norfolk this summer. A great record for the Obs and interesting to see if this bird now moves down the estuary and stays for the winter or simply was moving through. 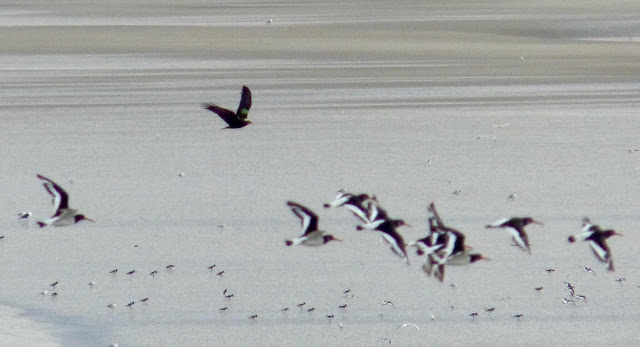 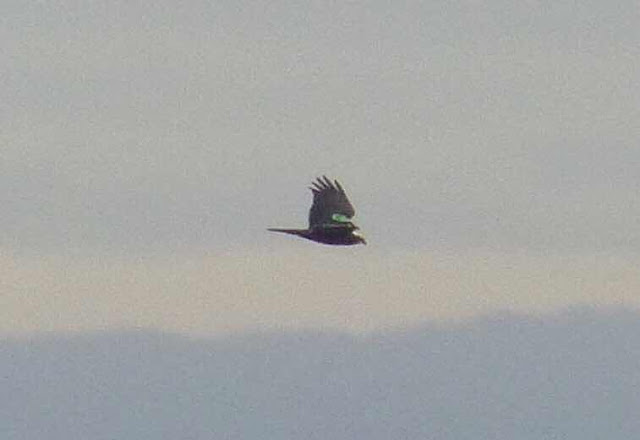 Meanwhile, the warm southerly airflow meant that insects were in evidence including this Migrant Hawker dragonfly, single Red Admiral and a dragonfly spp. 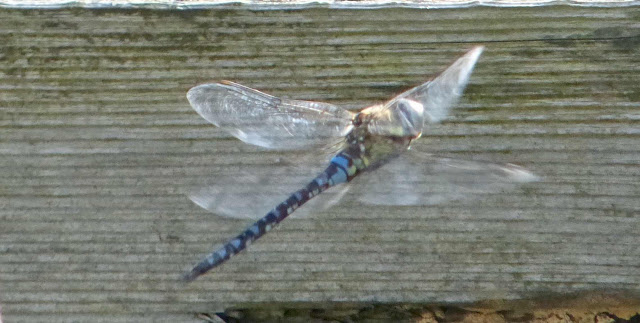