A bright and clear morning with a fresh north-easterly breeze greeted observers this morning and you could even see the hills of the Lake District in the distance to the north. 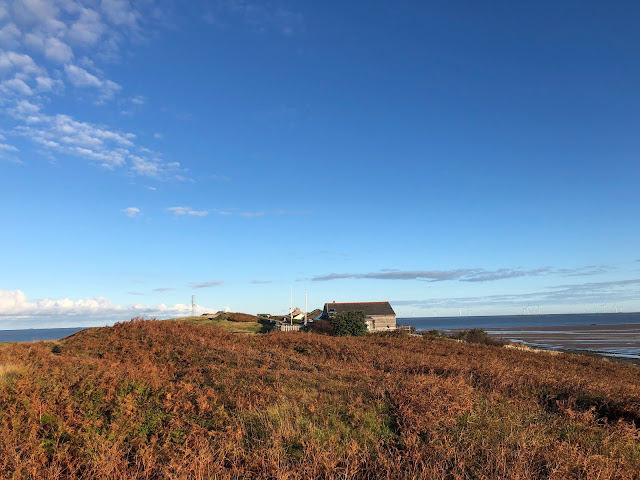 It was therefore no surprise that there were few grounded migrants although at least four Wheatears were noted.  Visible migration was a little better with a few wagtails (3 Grey and 4 alba) passing overhead along with at least 50 Meadow Pipits, 12 Linnets and a single Siskin.

A couple of skeins of Pink-footed Geese (totalling 250) passed south of Little Eye in the distance early morning with 35 seen overhead during the afternoon and five Pale-bellied Brent Geese were found off the West Side and increased to 12 birds over the tide, when 2 Sandwich Terns were also noted.

Five Black-tailed Godwit flew south over the island; presumably to join the large numbers that feed on the estuary (south of the Marine Lake at West Kirby down to Thurstaston. 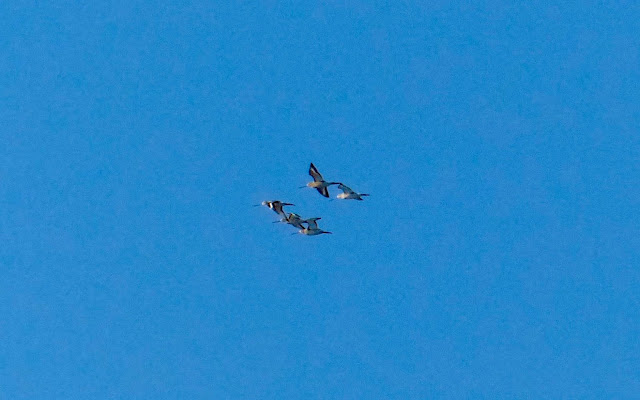 A Merlin was seen from the Obs balcony over the South End before flying off south over Middle Island being pursued by Crows as it passed right over another Obs member arriving between the islands.  There were two Peregrines around during the afternoon.

Several Little Egrets remained around the gutter and the reef including this obliging green-legged, presumably juvenile, bird.  Much more obliging than yesterday's Great White Egret! 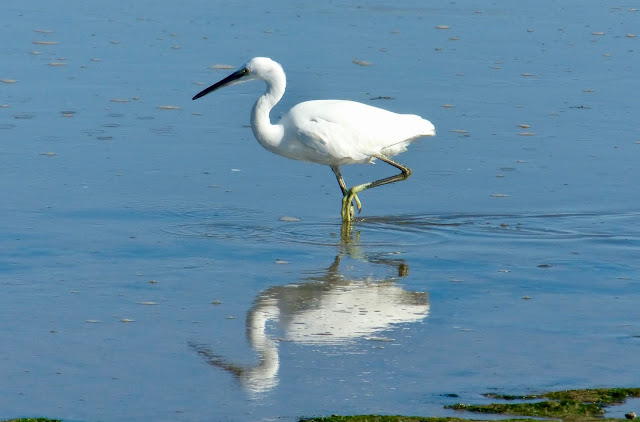