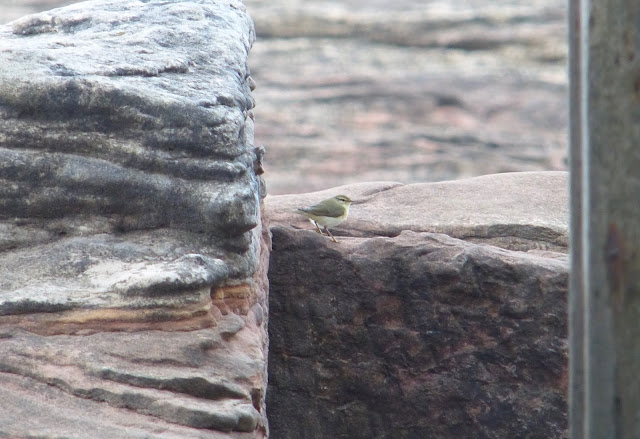 The morning started well with a much warmer south-easterly than yesterday and observers were greeted with a trickle of phylloscopus warblers with a Willow Warbler and then a Chiffchaff caught and ringed (the latter the first of the autumn to be ringed).  Eight Willow Warblers were noted along with three Chiffchaffs with birds seen arriving at the North End 'in off' before moving the insect laden garden areas. 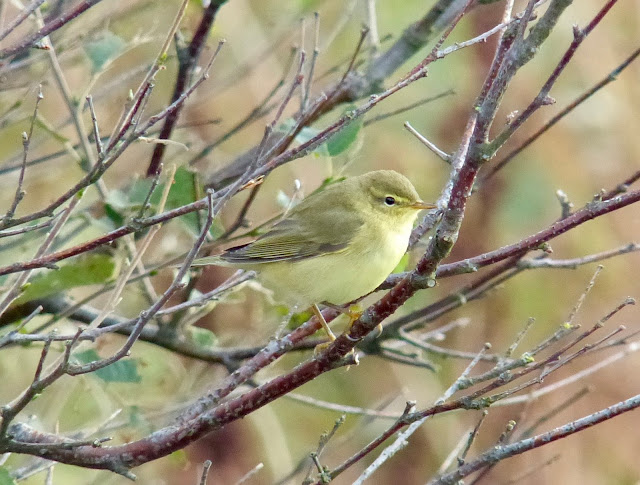 A single Whitethroat was noted in Telegraph House west garden and there were three Wheatears between the North End and the air raid shelter. 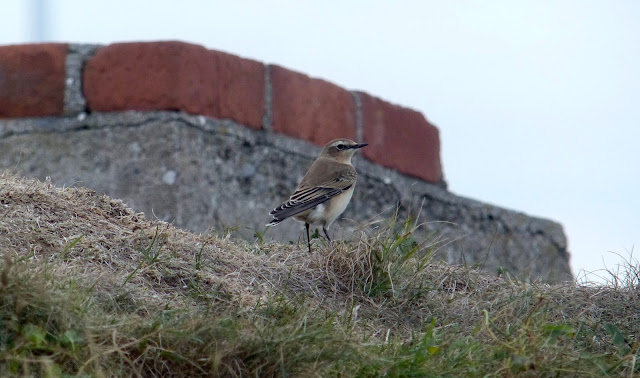 A single Snipe was heard and then seen circling the island and another Raven was noted flying westwards. 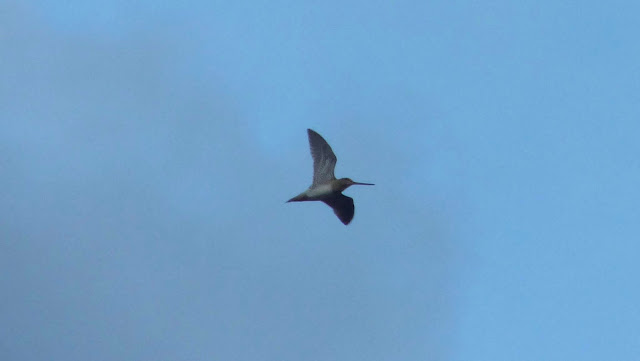 The early autumn arrival of wildfowl into the mouth of the estuary continued with a single Teal again drifting up the gutter, 3 Wigeon and the first two Pintail of the autumn flying south passing the Obs. 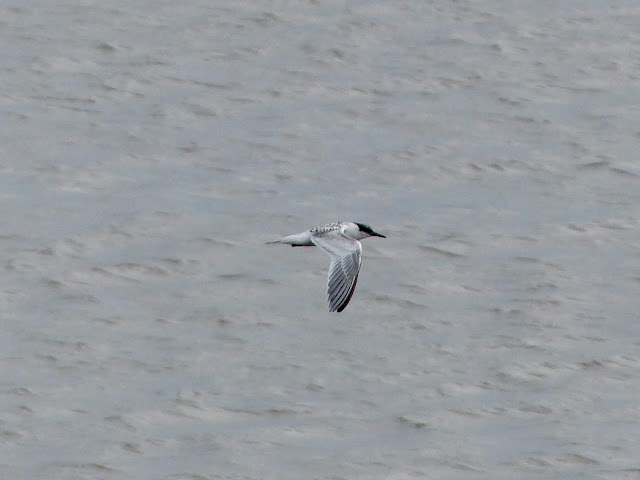 Photos AEH and SRW
Posted by Hilbre Steve at 17:53