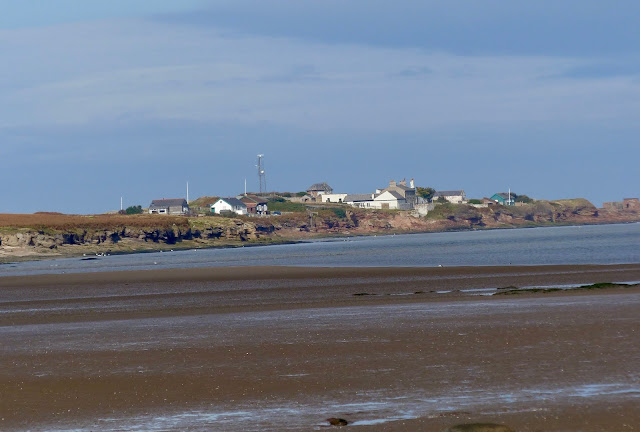 During a short pre-tide visit a Raven was noted over the South End heading towards Middle where it flew around briefly before moving off up the estuary.  A Sparrowhawk flew down the west side but was not seen again. 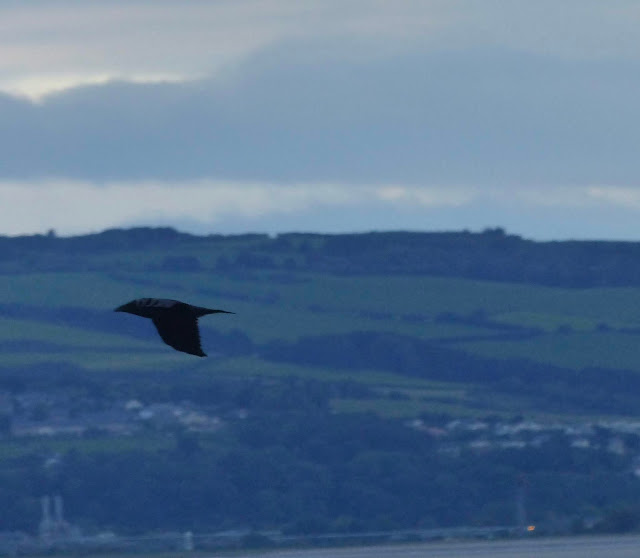 Four 'female-type' Eider were seen at the North End from the Obs balcony but flew along the west side before a photo of them on the sea could be obtained, the immature male was also present. 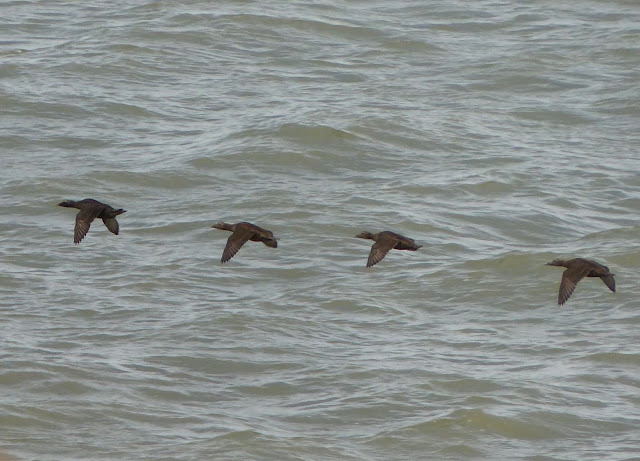 Passerines only consisted of a few Robin, Wren, Linnet etc. Best of the rest were 104 Curlew, 35 Ringed Plover, 75 Knot, 46 Redshank and 2 Bar-tailed Godwit. 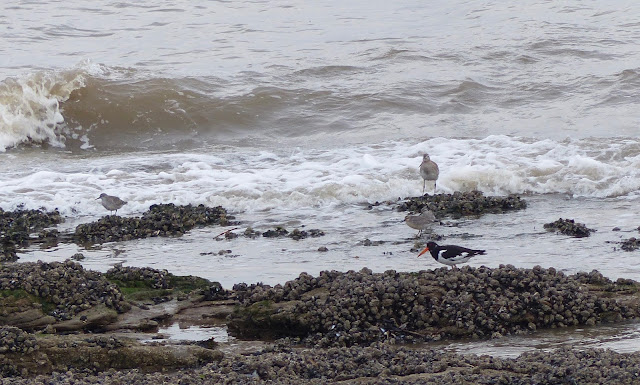 Two Sandwich Tern flew over the lagoon as the tide made and 9 Little Egret were on the reef south of Middle.

Photos AS
Posted by Hilbre Steve at 22:24