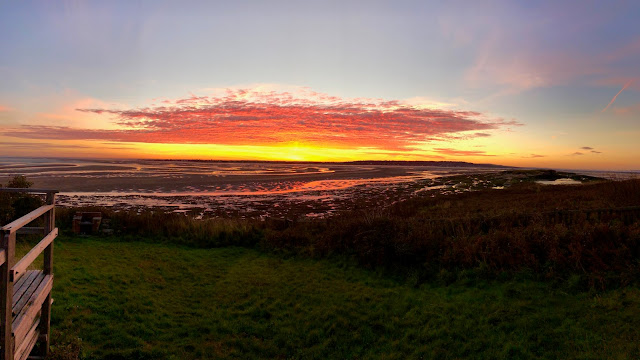 A stunning dawn heralded a small trickle of migrants arriving this morning, a Reed Bunting in the obs garden, a Chiffchaff, a few Robins, a couple of Grey Wagtails, a brief Skylark and later when the sun came up 2 Goldcrests appeared in the paddocks. A small number of Meadow Pipits came through, also a flock of about 30 Linnets, while a Rock Pipit was about the north end.

Ten Brent were feeding on the whaleback and another 3 between the islands, while the 2 Eiders swan together for a time on the east side, and 2 Teal rested near the north end rocks. At least 9 Little Egrets flew about the islands and 23 Knot fed on the tide line.

An Angle Shades moth flew in near the north end and rested on the west cliff edge. 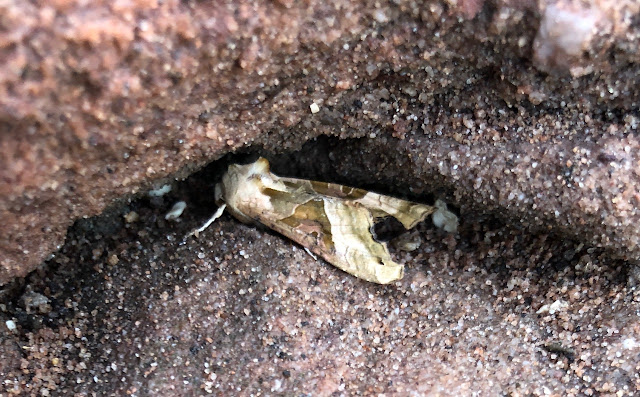