Weather:NW force 2/3
The Brent have now increased to 14 birds including the colour ringed individual which was ringed in Iceland in May 2016 and was seen briefly here in November that year and then again through last winter. Some of the Brent seen here with Curlew on the west side. 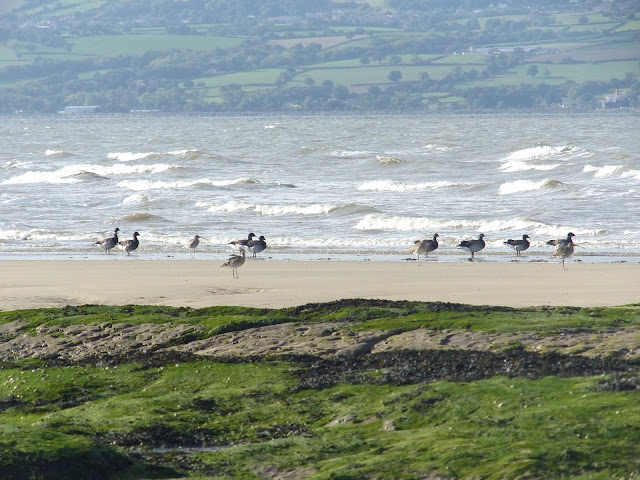 A Peregrine was sheltering on the cliff at the south end and a few Robins were around the gardens. Eight Goldfinches were noted but otherwise a quiet morning.
The Eider was joined again by the other (immature) bird.
photo SRW
Posted by Colin Jones at 12:25