Considering it was a westerly there were a few surprises of note including 6 Sand Martins flying off the south end, a Golden Plover travelling west passed the light boat house and a Sedge Warbler caught in the obs garden net, which incidentally showed a very obvious fault bar in the tail.

Two Wheatears were on the garden fences at first light and stayed all morning but were reluctant to access the potter traps on the west side and preferred to stay near the buildings. 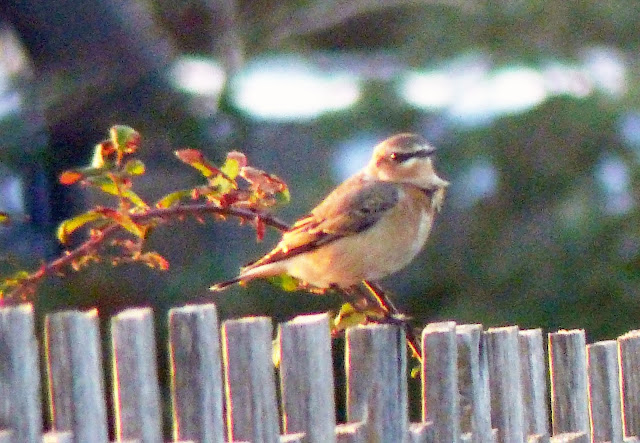 A Willow Warbler was ringed also a Robin amongst a few others present, possibly a small passage. 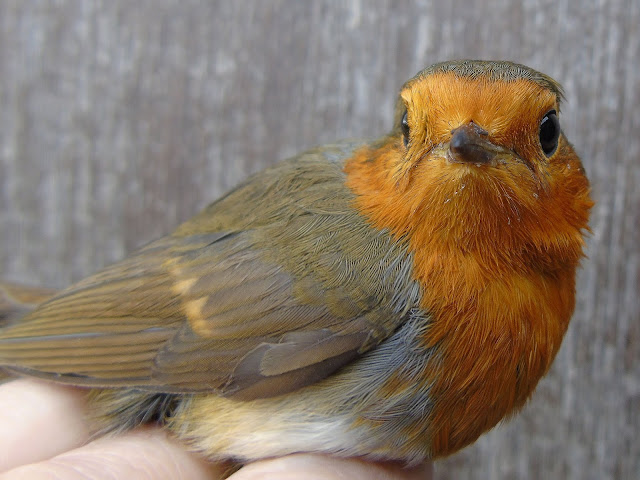 A trickle through of a few Meadow Pipits was also evident late in the morning.
Oystercatchers are now everywhere, 6,500 estimated seen but higher counts would certainly have been made at their high tide roost. Other waders were 76 Curlew, 30 Ringed Plover, 8 Turnstone, 6 Sanderling, 5 Bar-tailed Godwits and 20 Knot, the latter two species seen here feeding on the north shore against the morning light.

Nothing on the sea apart from about 7 Great Crested Grebes, the 50 or so remaining Sandwich Terns and 3 Red-breasted Mergansers that flew very close passed the north end. Gulls were numerous especially Black-headed which were estimated at 2,000, the majority of them on the west hoyle  at low tide. Five Little Egrets were noted but no Grey Herons, a sign of the times. 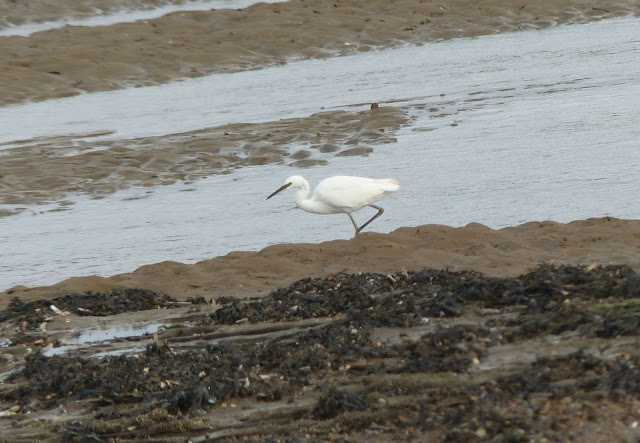