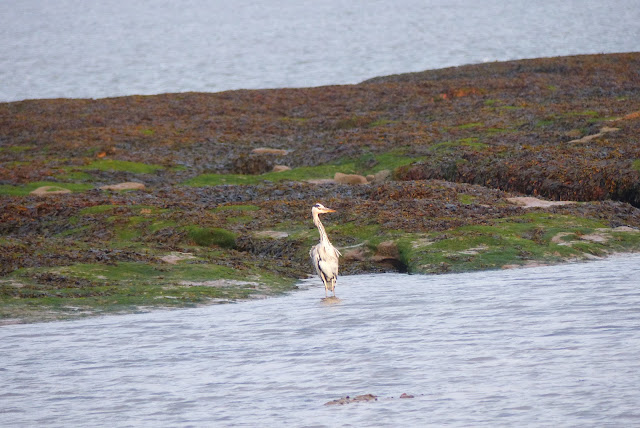 Despite the wind direction it felt cold first thing and the cloud cover promised did not materialise until well after dawn.

There was very little around the trapping areas and the highlights of the first few hours were two Snipe which called away as they flew over the air raid shelter and off west towards Wales.  Six Teal were hunkered down at the North End but were disturbed by something (possibly a drone which subsequently disturbed the Oystercatchers feeding around the mouth of the low tide gutter). 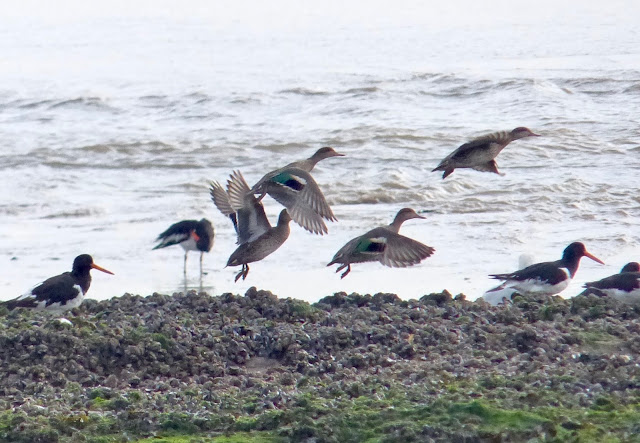 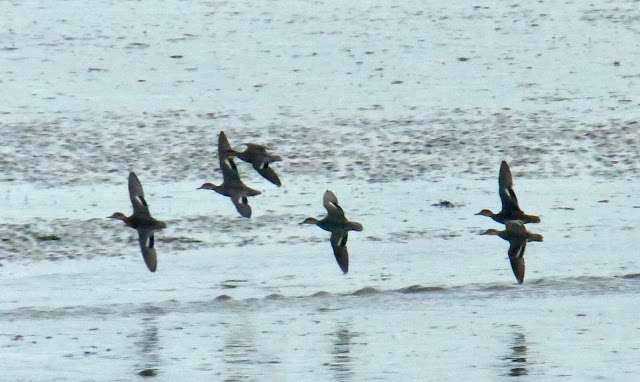 Grey Heron and Little Egrets were in evidence this morning and up to six Little Egrets have taken to roosting on Middle Eye over the tide with others on Little Eye.

Wader numbers are at last increasing with good numbers of Dunlin, Ringed Plover and a few Sanderling now appearing around high tide and on the gutter edges.

Photos AS and SRW